Rome wasn’t built in a day

Reforming and reimagining a country’s political system takes time, determination and some unreasonable and determined people who are in Lebanon to stay, writes Rebecca Bouchebel. 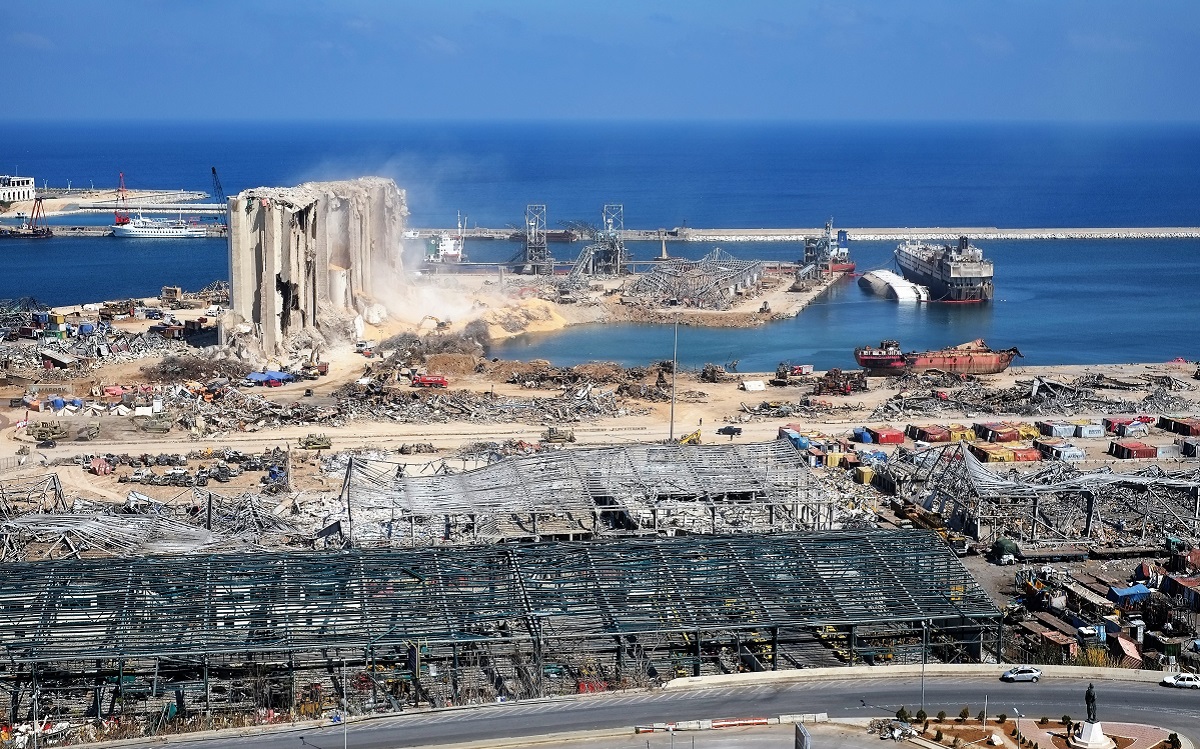 "I don’t have a silver bullet solution. But I am still here, pushing the boundaries, meeting with thought leaders, researching, doing outreach, and trying my best to tell the world that my fellow Lebanese and I believe in Lebanon. " Photo: rashid khreiss, Unsplash

Where are the Lebanese? I am often asked. The people left the streets, I hear.

Show us an organized, and united platform so we can help you, many demand.

Well, I am here, like so many I know. And we are here to take a stand, the best way we can.

Rome wasn’t built in a day.

I write this today because I believe in my God-given right as a Lebanese citizen, as a professional woman, and as a single mother, having paid my dues to society and earned my right to say things as they are, to speak up against falsehoods and all that is wrong in my country.

I was born during the infamous “100-day war” in the summer of ‘78 in the parking-come makeshift-bomb-shelter of a Beirut suburb hospital.

I grew up as a child thinking that the dome light inside a car was there exclusively so that Syrian soldiers and militiamen could see us as we crossed a checkpoint at night.

I had family members gruesomely assassinated due to political affiliations.

I left the country after graduation. I wasn’t there the night my father died.

I had my son – to whom I can’t pass on my Lebanese nationality – alone outside of Lebanon.  I worried every day of my life about my family left behind. They were experiencing war, instability, insecurity, bombings and nasty leaders teaching my people how to hate each other along sectarian lines.

I came back to Lebanon 5 years ago with hope, only to witness rampant corruption, pollution, decaying infrastructure and a people so depressed that it seemed they couldn’t care if they lived or died.

Meanwhile, political leaders continued to siphon off what was left of public funds and humiliate an already broken population.

Over 40 years have passed and nothing has changed. Yet today, there are some who question my motives or doubt my commitment to this country because I am not protesting in the streets. Or because I am too slow in forming some “legitimate platform” foreign nations can speak with in lieu of the “Sulta”- the ruling class.

Rome wasn’t built in a day.

I don’t have a silver bullet solution. But I am still here, pushing the boundaries, meeting with thought leaders, researching, doing outreach, and trying my best to tell the world that my fellow Lebanese and I believe in Lebanon. That we are staying, fighting, and that we won’t give up.

Some days I feel the weight of our woes, as I slowly allow myself to mourn the death of my country and the numbness to creep in.

And as I start asking myself how we were allowed to sink this low, I get up, shake myself from this morose mindset, and remind myself that falling into this trap is exactly what the “Sulta” and the Iranian Mafia want us to do.

They want us to leave. They planned patiently for over three decades for the day they bring our infrastructure to collapse, our health, education, and banking sectors to a total crash, making it impossible for any human being to withstand such hardship and misery, and force those of us who can to flee.

Many have chosen that path, and I can’t blame them. But to those still counting on us leaving Lebanon to them and their illegal weapons, so they can turn it into an Iranian base for their propaganda and wars, I say: We are here to act, act right, act strong, act together for the Lebanon we want.

Lebanon has been hijacked and its people have fallen hostage. Its very existence is at stake and with it our own. But they have a losing bet on us giving up.

A wonderful person I had the pleasure of working with once told me as I submitted my resignation: “I believe you are the kind that always needs to challenge herself and cannot stand still watching the world go by without wanting to change a thing or two….

Well here’s yet another chance to do it ….And always remember these wise words from Bernard Shaw: The reasonable man adapts himself to the world, the unreasonable one tries to adapt the world to himself, thereby the only change possible in the world depends on the unreasonable.”

Those few sentences stayed with me for close to two decades, until the October 17 revolution. It dawned on me, -yes, this is unreasonable, staying and fighting is madness, but the only way to change Lebanon is to be unreasonable and hope that I can be part of this change.

So I got to work, joined various groups, met amazing people along the way, and finally found myself with ACT.

A group of like-minded individuals, sprung from the private sector, the backbone of the Lebanese economy. We are crazy about Lebanon, invested in its survival and prosperity, positive, sovereign, and neutral by default.

We believe that Lebanon’s cultural, social, and economic DNA are treasures worth fighting for.

And for that purpose I am ACTing today! We ACT in defiance of all those gambling on our defeat and in resistance to all those trying to destroy us. We ACT for the culture of light in the face of their darkness. What we are doing is not out of fear but out of strength and the conviction that we are still standing tall today despite all the tragedies that we have faced.

And that’s why I believe that every single Lebanese citizen still standing, working, fighting, and hoping is a hero worth acting with.

Rebecca Bou Chebel has over 19 years of international experience in strategic communications, corporate comms and public relations that spans from Iraq to Washington DC. She worked in Baghdad at the height of the Iraq war and was the communication advisor of HH Sheikha Mozah, former 1st lady of Qatar. She served as Vice President for the Middle East at Qorvis Communications GPS based in Washington DC. Rebecca is a Georgetown University Graduate with a Master of Science in Foreign Service. She is on Instagram @r_b_c_m.