A group of anonymous Lebanese activists run an Instagram account that seeks to expose the lavish lifestyles of some of the country’s politicians. 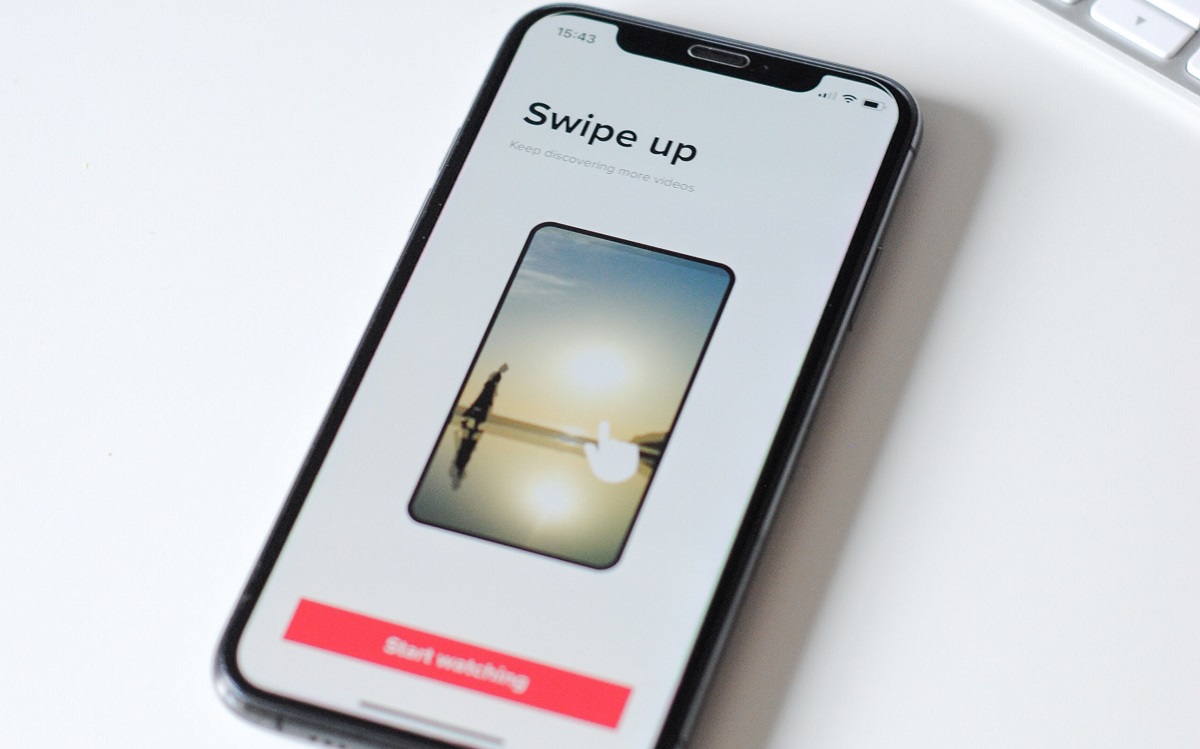 As many other political activists involved in protests movements across the world, Lebanese took to social media to expose what they deem the lavish lives of some of the country's politicians and demand accountability. Photo: Hello I'm Nik, Unsplash.

If you’re a politician or a politician’s associate in Lebanon and you’re facing corruption allegations, or perhaps you skipped a parliament meeting and went to the beach instead, you may want to be more discreet with your outings, your daughter’s lavish wedding or the money you’re spending on luxury items.

There might be an activist around who will film you, take a picture of you and expose you on social media.

But after the protest movement lost momentum, tech-savvy activists have started to use the accounts to expose and fight corruption and impunity in a country facing the toughest economic and political crisis in over 150 years.

Thawramap is one of those accounts on Instagram. A group of Lebanese anticorruption activists, who say they are located across the continents, crowdsource information, investigate myriad allegations of corruption and publish content that exposes politicians and their ill-begotten lavish lifestyles. Set up in October 2019, during the anti-government protests, it currently has over 50,000 followers and a thawramap2 backup account.  According to activists and lawyers, every security agency in Lebanon, as well as most politicians wants the head of the account admins.

One of the activists behind the account, who agreed to speak to NOW on Instagram on condition of anonymity for personal safety reasons, said that every Lebanese in the country or diaspora enraged by the deteriorating living conditions and the deepening financial crisis that has crippled the country as politicians delay the formation of a government has turned into a potential watchdog.

A large number of citizens see the sectarian political system and the patron-client networks formed around political leaders as responsible not only for the economic crisis and the propagation of endemic corruption but also for the lack of action to deal with the devastating effects of the national currency crash.

“This account is also run by 4 million+ Lebanese (inside Lebanon) and 14 million+ (outside Lebanon), meaning that they are the soul and essence and source of what we do. They represent the page as much as our team of admins,” the activist said.

“It’s more than a full time job to keep such an account running and it’s a lot of work. The account runs for at least 22 hours per day and has been doing so since January 2020, meaning more than 12,000 hours of work,” they told NOW.

From organizing protests to ambushing politicians

The account’s name, thawramap, was inspired by the October 17, 2019 uprising. It translates literally to “the map of the revolution”, and was started to coordinate and help protestors find their way around various locations during the anti-government demonstrations. The account still guides protesters and often calls for protesters’ presence in various locations as street movements occur in Beirut or any other Lebanese large city.

But once the Coronavirus lockdowns had put an end to most public gatherings and the street movement died down, the activists switched to another form of holding the political elites accountable: exposing politicians’ lavish lifestyles and calling them out on abuses.

It was not easy in terms of preserving the personal safety of the activists. They do not reveal their identity to the public, they move around, operate the account from several locations, and only speak through Instagram messages.

“We don’t use phone numbers, we’re only available here, no calls [on Instagram] either,” an activist told NOW.

But they say the content is worth the risks.

“Are the risks we could face comparable to the risks people faced in their own homes on August 4th?” the activist said, referring to the Beirut port blast, when hundreds of tons of ammonium nitrate stored recklessly in an unsecured depot exploded and killed 2018, wounded over 7,000 and damaged entire neighborhoods.

In fact, the Beirut blast was a turning point for their determination, the activist said. After the explosion they felt they needed to do something in terms of accountability, so they launched a survey on the Instagram account asking their followers if they wanted to know what politicians who should be held accountable for the blast were doing and how they were living.

That was the beginning of an ongoing strategy of exposure.

Activists, but also Lebanese citizens-turned-witnesses, started confronting politicians and, for a short while in 2020, protestors forced several prominent figures out of restaurants and other establishments.

The people requested it and the account obliged, the activist told NOW.

Since then, the account has tracked politicians’ whereabouts and their luxurious escapades. In the summer of 2021, in particular, as the crisis was deepening in Lebanon, with long lines at petrol stations and severe electricity cuts, and as the government dropped subsidies for most basic goods, the Lebanese have tracked their politicians while dining in fancy restaurants, travelling and shopping abroad, and throwing expensive weddings.

In Tripoli, worshippers confronted a sheikh who praised a political leader during Friday prayers.

Former minister and CEO of a Lebanese Fransabank Adnan Kassar was confronted by activists in Beirut while smoking a cigar and relaxing at a cafe with his friends, at a time when the financial institutions continue to deny depositors access to their own savings.

“It’s more than a full-time job to keep such an account running and it’s a lot of work. The account runs for at least 22 hours per day and has been doing so since January 2020, meaning more than 12,000 hours of work.”

Marada MP Tony Frangieh was spotted with his family on a beach in north Lebanon while his parliamentary group was boycotting a session of the legislative body meant to decide on lifting immunities for three of his fellow MPs. The activists said that Frangieh left shortly after his photo started circulating.

The activists also published photos from the engagement party of former MP Wiam Wahhab’s son, displaying the decadent amounts of expensive food. They procured footage from the wedding of former Public Works and Transportation minister Youssef Fenianos’s daughter, Iris Fenianos, despite the guests and staff being ordered not to take any pictures. The former minister was charged with carelessness and negligence by the previous lead prosecutor of the Beirut blast case, Fadi Sawan, and the current investigator, Tarek al Bitar, requested the lift of his parliamentary immunity to be able to reindict him.

Thawramap, alongside other independent influencer and activist accounts and some media outlets, carried out a week-long campaign against the lavish wedding. Relatives of August 4 victims were especially outraged.

“Why can they enjoy their lives and we can’t?” commentators said on one of the posts.

Activists from all walks of life

Activists say that they don’t always have to investigate. They receive messages on Instagram from scores of Lebanese citizens who happen to be at the right place at the right time.

The team of activists collecting the videos and publishing them is made of volunteers from different walks of life,  lawyers, doctors, nurses, firefighters, laborers, farmers, and even celebrities, the admin who spoke to NOW explained.

“Unfortunately we can’t be on the ground and behind the screen at the same time, so we contribute as much as we can. But we believe our impact is big even if it’s on social media which pushes the norm in a country that lacks transparency and accountability,” they said.

The activist also explained that they don’t see their activity as harassment but as a way of directly confronting and even communicating with members of the ruling class that the average citizen would not normally have access to.

On August 15, demonstrators stormed the Beirut home of Akkar MP Tarek Merhebi to protest the circumstances surrounding a fuel truck explosion in Akkar that killed at least 33 people. The Lebanese Army had confiscated a hidden fuel depot that belonged to one of Merhabi’s associates.

He was also one of the MPs that signed a petition calling for the prosecution of the former ministers wanted for questioning in the Beirut port blast probe, by the Supreme Council for the Trial of Presidents, as a way to bypass the investigation led by judge Tarek Bitar.

“Unfortunately we can’t be on the ground and behind the screen at the same time, so we contribute as much as we can. But we believe our impact is big even if it’s on social media which pushes the norm in a country that lacks transparency and accountability.”

Later on, 13 protestors were called for questioning after Merhabi pressed charges and accused them of theft.

Thawramap organized an online campaign providing the identities of the detained protestors and the locations where they were being held, and called for demonstrations to ask for their release.

They also leaked a document proving that the MP partnered in business with the brother of the owner of the land in the village of Tleil in Akkar, where a fuel tanker exploded,  killing over thirty people.

The campaign on social media spread across mainstream media, pressuring the MP into dropping the charges, and the demonstrators were released.

The activists also helped fundraise for humanitarian causes, including gathering medicine for the needy as shortages increased.

Considering the direct, sometimes personal nature of their expositions, the activists’ precautions and safety concerns are not to be dismissed.

The entire ruling class is after their heads, said Ayman Raad, lawyer and member of the committee of lawyers who have been defending protestors.

“The cyber crime bureau, the military intelligence and the police’s information department are actively looking for them,” he pointed out.

He also insisted that the activists, despite their aggressive attacks against politicians, are also open to corrections when they make a mistake.

“They once posted about a judge cutting the line at a gas station to fill up fuel but I wrote to them that this specific gas station gave priority to doctors and judges so he was not breaking any rule,” Raad stated. They corrected the information immediately.

“A risk worth taking”

Raad said that this responsibility towards accuracy makes the activist Instagram account trustworthy to the general public. Although at the limit of legality sometimes, the activists provide a much-needed accountability platform in the lack of any other legal alternative to put an end to impunity.

“It’s a national duty to not allow them [the politicians] to enjoy their lives. So thawramap gives people the tools to organize their moves and kick politicians out of public spaces because this is the money they’re spending. This is revolutionary violence, if we don’t get to enjoy our lives, they shouldn’t either,” he explained.

Raad added that during the investigations on the attack on Merhabi’s residence, the protesters who were detained were asked about the identity of the thawramap activists. No one knew their names.

The lawyer said that, if apprehended by the Lebanese authorities, the activists risk being prosecuted and sent to prison.

“They can accuse them of slander which is easily handled but what worries me is if they get accused of being instigators. Because in the Lebanese law, the instigator gets the same punishment as the perpetrator of the act, so there’s a prison risk,” he explained.

The activist interviewed by NOW on Instagram said that all the volunteers were aware of the risks they would face, especially when it came to exposing politicians’ families and endangering their personal safety. But they remain unfazed, despite the threats they constantly receive through private messages on their Instagram account.

The activist had one last thing to add to the interview:

“Thanks to all of you, we will get them [politicians] out, hopefully, sooner rather than later.”