The lie of safety

With several women targeted in high-profile killings in Egypt and Jordan and an accusation of rape in Lebanon, safe spaces for women in the Middle East are shrinking as authorities fail to promote laws and encourage changing mindsets in order to protect women. 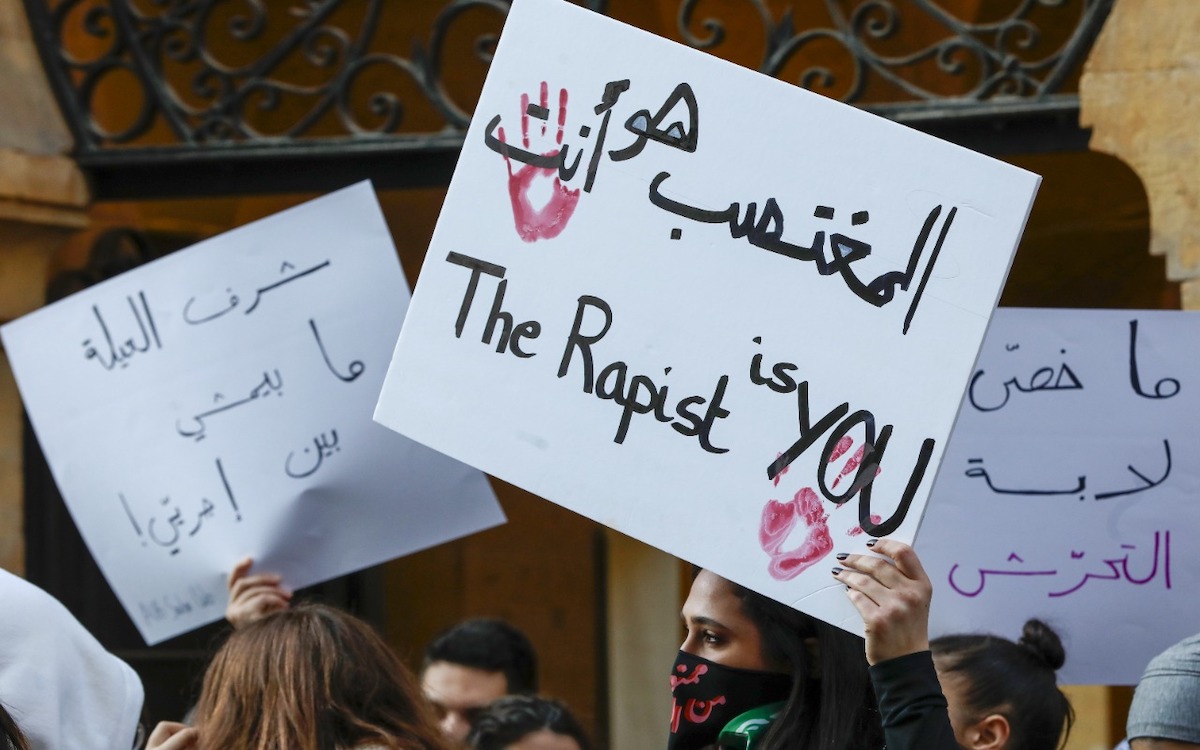 When 21-year-old Nayera Ashraf walked into her university gates on June 20, she did not anticipate this would be the last time she does so.

Similarly, a 21-year-old nursing student from Amman, Jordan, Iman Rashid, did not foresee her adult years cut short by a man sixteen years her senior on June 23.

The two victims shared more than similar ages – they both turned down the romantic advances of their killers. Mohamed Adel had threatened Ashraf countless times before deciding that slitting her throat in broad daylight was better than seeing her married off to someone else.

“If you do execute me, bury me in her embrace,” Adel said in a hearing, days before he was handed a death sentence by the Mansoura Criminal Court.

The Jordanian attacker – Uday Khaled Abdullah Hassan – allegedly took inspiration from Adel when he threatened, in a text message widely circulated online, to kill Rashid in a similar manner to Ashraf.

Abdullah Hassan shot himself in the head upon police arrival.

In Egypt, Jordan, Palestine, Iran, Lebanon, and more, the month of June was filled with stories of women murdered, assaulted, or raped. Although largely underreported across the Middle East, social observers contend that cases of violence against women will remain on the rise, especially in the wake of shrinking safe spaces.

“Our Middle Eastern societies are built on sexism and inequality. They have always been the breeding grounds for violence and discrimination against women,” Wafaa Al Khairy, Egyptian journalist and feminist told NOW.

According to UN estimates, rates of gender-based violence increased significantly during the COVID-19 lockdowns – a phenomenon labeled by UN women as a “shadow pandemic.”

37 percent of Arab women have experienced some form of violence in their lifetime. However, these numbers exclude unreported cases.

More than six in every 10 female survivors of violence refrain from asking for support or protection.

In a region that lacks the provisions necessary to protect women, from legislation to shelters, Al Khairy contends that Middle Eastern societies today, are reaping the results of decades of religious and social indoctrination that faults women for attacks waged against them while absolving men of any responsibility.

“Men have been brought up that they can do no wrong. Women, on the other hand, are blamed for their choice of clothes, words and even make-up at times,” the journalist said, referring to Ashraf’s murder, where a significant number of the Egyptian public blamed the victim for not covering up in religious attire.

Al Khairy added that even if laws were installed, a shift in the mindset was imperative for substantial change.

“I believe the media played a key role in shedding light on the latest crimes against women, which pushed authorities to react fast. However, if the convicts came from well-connected families, I’d argue that the rulings would vary tremendously,” she said.

With corrupted power and state neglect rampant among Mideast countries, NGOs shoulder most of the responsibility of aiding women.

Although the Lebanese Parliament passed a law meant to protect victims of domestic violence on April 1, 2014, the law was deemed flawed and ineffective in emergencies. The process of seeking orders from magistrates or courts or obtaining restraining orders can be a lengthy process and tedious for the victims that need immediate protection.

Furthermore, judicial assistants announced in June that they will be limiting their workloads to three days a week in all courthouses across Lebanon.

We’re used to the victim-blaming culture that poses an obstacle when women want to express their need for help. Although things are changing, we need laws and more social awareness to shield women from these patriarchal dangers.

Jihane Isseid, a Gender Based Violence Strategy Coordinator at ABAAD, a Lebanese resource center for gender equality, told NOW that their shelters in the governates of the north, Bekaa and Mount Lebanon were currently overcrowded. These temporary shelters take women and their daughters of all ages for a short period of time. Boys up to ten, however, were the only ones allowed.

“It’s for social and religious reasons. We prioritize women’s safety and comfort above all” Isseid said.

Once in the shelters, women and their children were provided with immediate counseling and psychological assistance to help them with recovery and to encourage independence from their abusers, “very few women went back to their abusers,” Isseid added.

Some of the major hurdles facing these shelters, according to the expert, are related to procuring the right finances and the stigma attached to seeking help.

“We’re used to the victim-blaming culture that poses an obstacle when women want to express their need for help. Although things are changing, we need laws and more social awareness to shield women from these patriarchal dangers,” Isseid said.

But safe spaces are not limited to shelters. They are also certain restaurants, bars, and cultural institutions that some women felt they could trust.

The illusion of “safe spaces”

Although her testimony – originally posted to Instagram –  was widely shared, no investigation or legal action followed.

Blogger and activist, Reem, whose name had been changed, argues that spaces seen as “safe” and “alternative” pose an equal danger as any other space to the safety of women. Profit-driven businesses, like bars and restaurants, she told NOW, could not prioritize women’s safety over their customers.

“There’s barely any filtration process that happens at these places. Anyone can come in and leave and management doesn’t usually pay attention to the intricacies of women’s comfort,” Reem said.

Rape is still regarded as a taboo subject by Lebanese society. In fact, a recent report by the human rights organization Legal Action Worldwide (LAW) provided evidence of systemic violence – including gang rape and forced nudity – used against Lebanese and Palestinian women and girls by Lebanese government forces and militias during the 15-year war, which began in 1975.

I just want Lebanese women to not fall for the trap of safe spaces. No street, pub, cafe, nor house is safe. Offenders lurk everywhere and as unfortunate as it is, it’s better to accept reality for what it is so we start to change it than to feed ourselves lies.

“Women know that talking about rape has repercussions, especially when the abuser is in a position of power. If we want any semblance of justice, we have to take it to social media and not all women are willing to sacrifice their privacy,” Reem said.

In the wake of the US Supreme Court’s decision to overturn Roe v. Wade, which had established a precedent that guaranteed a woman’s right to an abortion for nearly 50 years, Reem says that the entire world has started to feel more hostile toward women.

“It’s like a huge uptrend of hate against women that is seemingly getting worse,” she said.

The activist claimed that the systemic violence, found in legislations and patriarchal codes of conduct in Lebanese society seeped into “even the most progressive circles.”

“Male journalists, activists, bloggers, or even artists, sometimes present themselves as liberal and safe to be around. However, my friends and I have first-hand experiences that would say otherwise,” she said.

Neither Reem nor her friends wished to speak up publicly against their harassers as they feared public backlash, social exclusion, and defamation lawsuits. A trend popularized by Journalist Luna Safwan’s harasser, who sued her for defamation shortly after she took him to court for harassing her and over four other women.

Lebanon’s legal system has long failed victims of sexual assault. Article 522 of Lebanon’s Penal Code states that a rapist or kidnapper can escape prosecution if he marries his victim was only amended in 2017. However, the amended version presents the offender with the same options:  imprisonment or marrying the victim if she is aged between 15 and 18; with the presence of a social worker to assess “if the girl is all-right.”

“I just want Lebanese women to not fall for the trap of safe spaces,” Reem said. ” No street, pub, cafe, nor house is safe. Offenders lurk everywhere and as unfortunate as it is, it’s better to accept reality for what it is so we start to change it than to feed ourselves lies.”