HomeOpinionEditorialsThe other side of the yellow flag
Editorials
Ana Maria Luca

The other side of the yellow flag

Hezbollah may have a system in place to protect its constituency from the imminent worsening crisis, but that is the result of a decades long strategy of using state funds to grow its own de facto separate state. 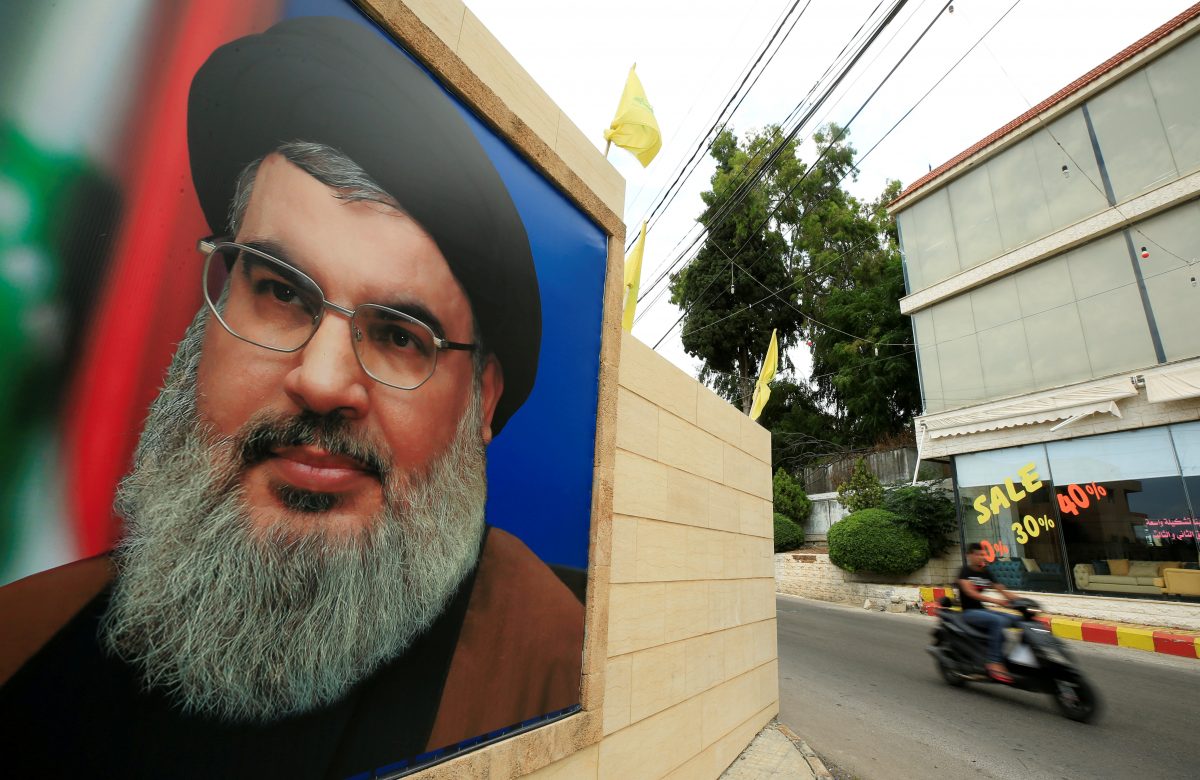 Why El Qard al Hassan is not Hezbollah’s success, but an effect of its decades long strategy to use state funds to grow its own de facto separate state

As Lebanon plunges deeper into the economic crisis and most Lebanese are waiting in vain for a new government to put in place a proper bailout plan, Hezbollah is reportedly stockpiling medicine and fuel and distributing ration cards as well as discount cards to its loyalists to prepare for an imminent lifting of subsidies.

While the moves taken by the Lebanese militia raise concern over state sovereignty and control over territory, to some it may seem it is all proof that Hezbollah has in place a better system to take care of its constituency than the Lebanese government itself.

In fact, it is not the first time Hezbollah has advertised its better-organized economy.  In fact, Al Qard al Hassan, Hezbollah’s mutual aid enterprise, has made headlines across the world in February, with some outlets describing it as a success story, and even a lifeline for some Lebanese.

Stories of the Party of God’s self-sufficiency, low prices in its supermarkets and, in short, the better life in Beirut’s Southern suburbs spread not only in the press, but also through word of mouth, with friends sharing tips on where to shop for cheaper necessities in Dahyieh as prices skyrocketed everywhere else.

This made many Lebanese elsewhere in the country quite angry. In January, when a group of hackers broke into the Al Qard al Hassan databases stealing and publishing client information and surveillance footage, there was some celebration on social media.

The mutual aid enterprise’s representatives immediately tried to reassure clients that none of their money was stolen. But theft was not really high on the hackers’ agenda. The point they were making was political: to reveal how Hezbollah supporters are thriving while the rest of Lebanon suffers the consequences of corruption.

The message to be read between the lines, one that went over the heads of most foreigners but elicited reactions from many Lebanese, was “this is where your money may be”.

Some foreigners, including journalists, may be mesmerized by Hezbollah – by the notions of resistance, resilience, and “defending the country” that it propagates. Some may also be seduced by the idea that it is a political party that runs for elections and participates in the government. It might even seem unfair for the Party of God to be labelled as a terrorist organization based on some attacks in the distant past, when the faction had also been participating in government and trying to present itself as a political party with a military component.

France even sent a message to Washington asking the new Joe Biden administration to tone down its crackdown on Hezbollah and be more “realistic”.

Some journalists, political analysts and even decision-makers may, in an attempt to be objective, balanced and/or politically correct, adhere to Hezbollah’s explanation for Lebanon’s economic crisis, which places blame squarely and solely on corruption within Lebanon’s political establishment and banking system. Hezbollah, of course, has no part in that, according to their narrative. It has portrayed itself as an outsider to the system.

Even some who criticize the faction and see it as a terrorist organization fall for the myth of Iran covering all the costs of Hezbollah’s welfare state just because Secretary General Hassan Nasrallah “confirmed” so in a speech in May 2020.

But if you happen to believe some or all of the above – namely that Hezbollah is not part of the corrupt political system in Lebanon, that its money comes from Iran, and that Tehran was able to consolidate this militia on Lebanese territory with only Qassem Soleimani’s sweat and the suitcases of money traveling by plane – you are a victim of disinformation.

In fact, the problems and explanations are buried much deeper, and are actually quite structural.

Towards better life standards in Hezbollah-land

In the 1980’s, Hezbollah’s constituency was much poorer and less educated than the constituencies of other sectarian factions in the Lebanese political establishment. Basically, it was made up of farmers living in South Lebanon and the Bekaa Valley, and later on, of farmers who moved to the Southern Suburbs of Beirut from the Bekaa and the South.

In order to consolidate a mass of loyal supporters, over the years, Hezbollah has used funds coming from Iran, as well as other sources of money, including public funds and a network of businesses and diaspora donations, to educate a few generations of zealots. Meanwhile, it also built a welfare state, a semi-proletarian bubble for its loyalists. This state-within-a-state catered especially for Hezbollah’s loyalists, rather than for the Shiite sect in general, and certainly did not have Lebanon’s interest in mind.

I’m kidding, this data does not officially exist. It is unlikely that Hezbollah would ever release this type of information, because it is, in its state within another state, not the most transparent and egalitarian organization. In fact, it’s pretty much a police state and more inclined to a military dictatorship as a form of government.

But empirically speaking, in the absence of any form of concrete data, members of Hezbollah supporter families were educated in its schools, received scholarships from the party, some went abroad to study, got master degrees and doctorates. Nothing wrong with that whatsoever. After the 2006 war, mansions began to appear in the South, along with larger SUVs and tinted windows. Also, nothing wrong with that.

But Hezbollah cannot fool anyone on the domestic front. One of its main sources of funding has been the Lebanese state. As part of the Lebanese establishment, it controls cabinet portfolios directly or through associates.

It also controls local administrations and local councils that receive money from the state and which contribute to the welfare of its de facto state.

Here is where the problem lies. When Lebanese people say that Hezbollah has been keeping the country hostage for decades, they mean that the Party of God has always used its weapons to negotiate its way into the political establishment and, thus, diverted public funds towards its constituency.

All Lebanese sectarian factions have done this, in fact. But none of them had become entirely self-sufficient. The problem was that Hezbollah did not give back what it took from the rest of Lebanon. Its constituency did not circulate money in the economy like the constituencies of the other sectarian political parties, because, for decades, it was simply on the receiving end.

Again, the problem is not with the farmers or disadvantaged population of the South who were marginalized and denied political agency until Hezbollah and Iran decided to make use of their plight at the beginning of the 1980s. The problem is that for decades this part of the Lebanese population was left at the disposal of a political entity that has ingrained in its newer generations a widespread and ominous culture of violence and war.

Meanwhile, the constituencies of other Lebanese sectarian fractions, be they Christian, Sunni or Druze, had always included all classes, from poor communities to the overly rich and from people without access to education to highly educated business owners and academics.

Corruption was indeed widespread, with public officials draining government institutions and driving funds towards constituencies, just like Hezbollah had done.

The difference is that other political factions’ constituencies did circulate money in the economy, contributed to state resources and never became entirely self-sufficient.

Therefore, the story of how Hezbollah, unlike the Lebanese state, was able to contain the financial crisis while the rest of the people in the country face increased poverty and penury is not a success story. It all is, in fact, a result of four decades of corruption.

Lebanese people do not criticize Hezbollah as much for its weapons used in its military struggle to “defend Lebanon from Israeli occupation” or to “liberate Syria from takfiris”. They are angry because, for the past four decades, Hezbollah has used these weapons to force its way into participating in slowly draining the state in order to grow more independent while claiming that it had Lebanon’s interest in mind. They’re angry at Hezbollah because it used the fight against Israel as a pretext to gain power and access to Lebanese state resources, not as a purpose.

They’re angry at Hezbollah because it did not give back what it has taken from the rest of the Lebanese.

Ana Maria Luca is the senior editor at @NOW_leb. She tweets @aml1609.