Far from being born flawed, the Lebanese political system might have evolved into a progressive form of governance – but geopolitics hijacked the experiment, turning the young nation into a decades-long battlefield, writes Ronnie Chatah. 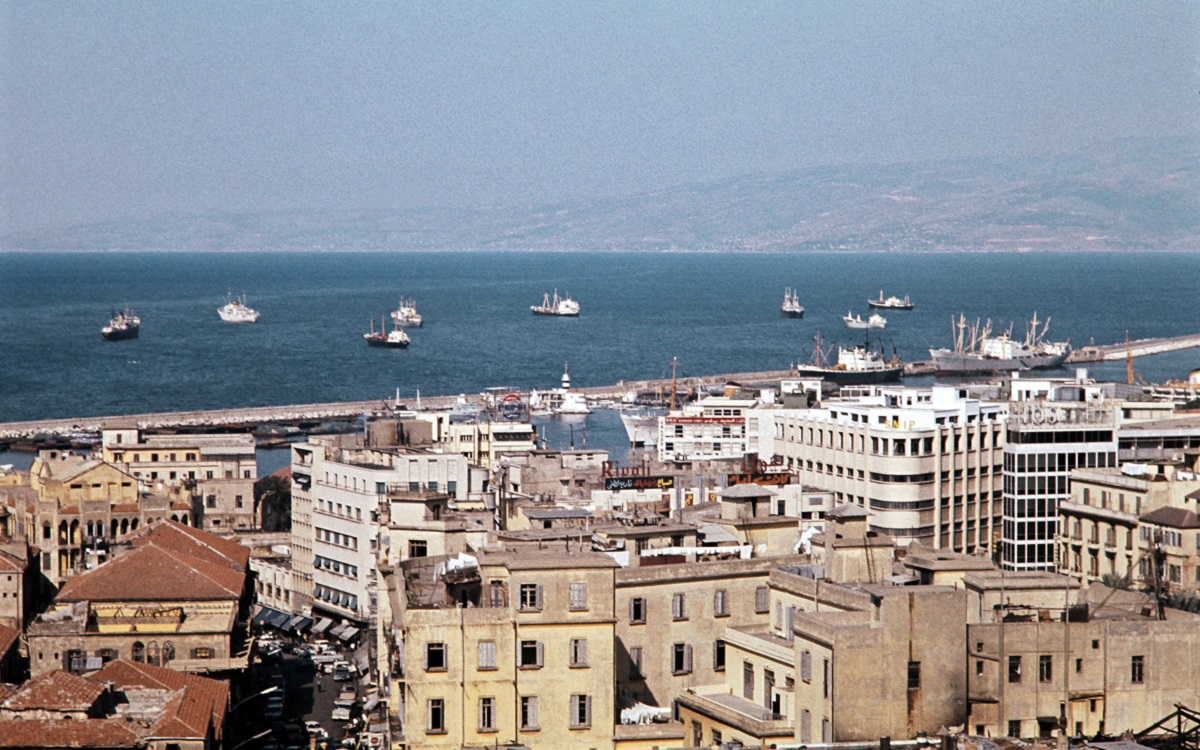 Building countries is a gradual enterprise. Older ideas can take centuries to find their way into modernity. And the reality is that Lebanon’s consensus-driven, communal-power-sharing structure is a blessing and a curse, perhaps in equal measure.

Without writing an essay on Michel Chiha and short of repeating myself from earlier pieces, I will emphasize one point here: we were not born in error.

Lebanon’s regime is a long-held reflection of our society, in all its inefficiency and lethargy. It is an extension of regional sectarianism born out of Ottoman imperialism and 19th century semi-autonomous rule. It was written into the constitution under French administration between the 20th century’s two world wars. And it cemented our mosaic through independence.

For better or worse, it cannot be merely reimagined or undone.

And it is a fundamental mistake to look at Lebanon’s birth as a colonial enterprise – we were a League of Nations mandate for just over two decades, and our geography was never sought after for French expansion.

Lebanon is not (and never was) Algeria.

We bustled in the 1950s and 60s. And that ‘golden era’ defined a Lebanon standing on its own two feet…albeit temporarily, and dependent on a particular word and foundation that has long been missing.

Add to that, Maronite Mount Lebanon’s dreams for Le Petit Liban’s self-rule were short-lived, did not seduce French leaders and did not inspire most of its inhabitants. Yes, Beirut, Tripoli and Saida were forced to join with the mountains’ largest two communities to form Le Grand Liban. But wider Syrian Arab ties had already been leaning West, with the Mutasarrifiye’s political autonomy paving the way for Beirut’s port expansion, and Mediterranean-driven economic gain competing with Damascus’ once unmatched prominence.

Local identities were taking shape and evolving to national aspirations. And by the early 1940s that shared destiny among a wider majority and local minorities, however fragile, fought for independence from French rule.

Our geography was cosmopolitan, with multiple languages spoken at ease well within the 19th century. Open to a wide array of ideas and persuasion, easing us into the 20th century with cultural exchange and secular education. Our metropole, Beirut, offered shelter to the region’s intelligentsia and minorities that no longer felt secure at home. It attracted global finance before Dubai had pavement.

We bustled in the 1950s and 60s. And that ‘golden era’ defined a Lebanon standing on its own two feet…albeit temporarily, and dependent on a particular word and foundation that has long been missing.

I have used this column frequently to emphasize sovereignty, including state monopoly over security, full control over borders and sensitive sites and a country that can determine its future without foreign oversight. A companion term that is equally vital for Lebanon’s geography is neutrality, a foreign policy that is both proactive at home and regionally respected.

And in my limited view, the only time Lebanon witnessed something that resembles both is the 1960s.

That is a particularly short-term success story, perhaps born out of anomaly rather than Lebanon’s natural equilibrium. A president that emerged out of the 1958 three-month-long civil war, Fouad Chehab, who invested his six-year tenure in statecraft and institutional agency and kept a potent Arab nationalism’s most powerful leader across the United Arab Republic’s border. And Chehab’s successor, Charles Helou, shielding Lebanon’s southern border away from the immediate impact of the 1967 War (not one bullet was shot in either direction).

The Arab-Israeli conflict eventually caught up with Lebanon in 1969, once the Cairo Agreement ensured the PLO would eventually leave Jordan for Lebanon. The rippling effects, thereafter, gave us fifteen years of civil strife, recurring invasions and prolonged occupation. For the rest of the 20th century and well into the 21st century, Lebanon bent to geopolitical conflagration – the long-term consequence of hosting Arafat’s army, guaranteeing Assad’s survivability and Iran’s security interests through its preferred proxy.

Flipping Beirut – and Lebanon – from the region’s magnet to minefield.

With all its flaws, and despite decades of destruction, our consociational way of governing carries on. It had struggled…it is currently paralyzed. But it survives. The drive for communal agreement is intrinsic, even as the Lira rate plummets and the state nears full collapse.

But compromise and consensus, alone, do not shield Lebanon from the worst aspects of geopolitics. Inherent inertia does little to unplug Lebanon from the region’s battles, spare our territory its warzone role and save politicians, journalists and activists from assassination.

We have to look back to 1969 for answers, rather than blaming ourselves for sectarianism and asking endless questions. Our economic disaster is a byproduct of our political catastrophe – a lack of political agency that cannot be shelved indefinitely.

It guarantees pluralism, however, and affords breathing space for communities and a tolerance unmatched in the Middle East. But it does not shield Lebanon from more.

Our regime is currently rotten and in dire need of reform. Its failure impacts us all. But real improvements – not cosmetic changes or minor adjustments – have been on standby for over half a century. And that is not the system’s fault.

Sixteen years ago, demonstrators chanted for an end to Syria’s occupation. But more importantly, an end to our perpetual nightmare. One militia was spared, and that group – through political violence – eliminated all attempts at restoring our independence.

Powerful voices defined late 2019 into the beginning of 2020. They stood against rampant corruption, theft and plunder, with an all-encompassing accusation of ‘all means all’. Some dared challenge Hezbollah’s authority. The rest deliberately sidestepped the previous chapter of our history, when the same sliver of real estate once shined.

Sovereignty, both flimsy and fleeting, is the only way to catch up from list time. We have to look back to 1969 for answers, rather than blaming ourselves for sectarianism and asking endless questions. Our economic disaster is a byproduct of our political catastrophe – a lack of political agency that cannot be shelved indefinitely.

The country we live in, with all its complexity, earlier glory and current misery, will likely remain a power-sharing construct before turning into a European-inspired secular state. If, however, Lebanese eventually reinterpret their narrative and decide it better to start over, it is their absolute right. Even if that unravels Le Grand Liban.

What should not be denied is this experiment began as a celebrated intersection of the region’s best, on full display. Its real chance was never given, and it lost its way to external wars. Reform is well-overdue, and if foreign intervention does not subside in my lifetime, it will come, even if that is past my prime.

For systems to change, however, and for countries to transform, ideas – like Lebanon – take time.