Unbanked (part 3)…of Data and Dollars

The cash economy, which has replaced the banks in Lebanon, works through various vendors that provide transfer services free of charge – but seem to be collecting data as currency instead. 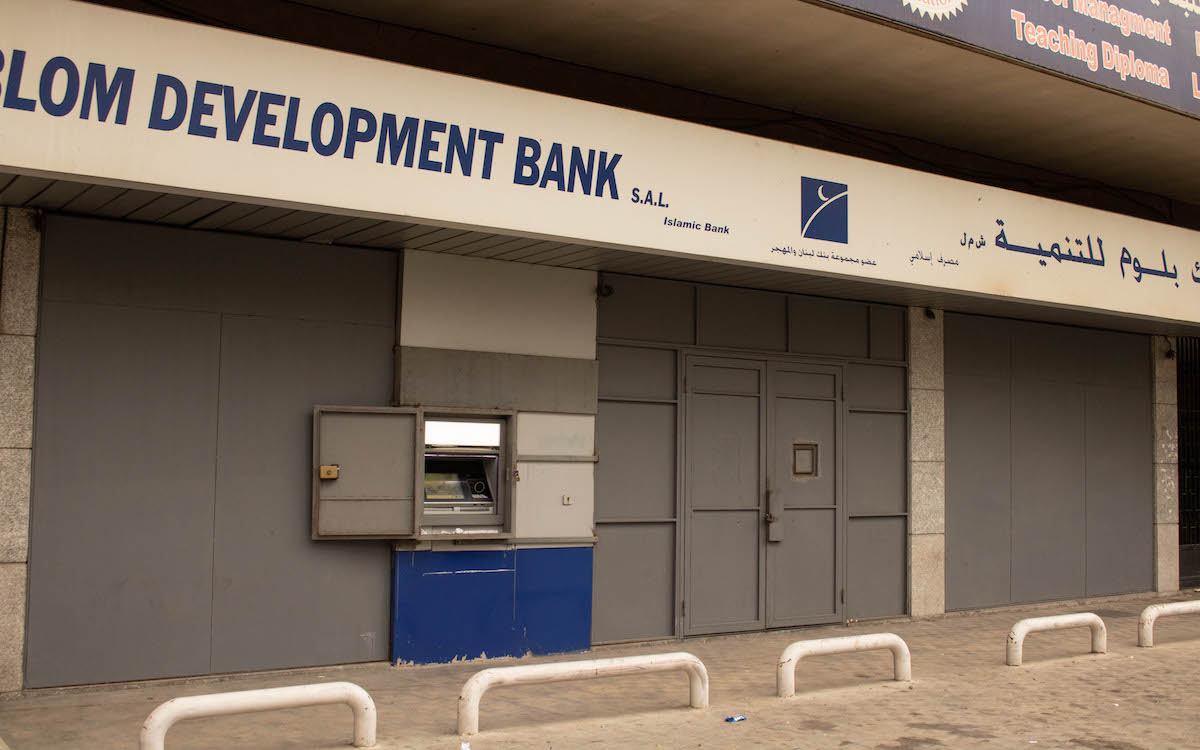 Lebanese have been increasingly unable to rely on banks for their financial needs, forcing them to look for alternatives. Photo: Nicholas Frakes, NOW

It is not surprising for a country that suffered the total collapse of its banking system to be bailed out by an alternative cash economy. But the speed at which the cash remittances and cash transfer branches are springing up is unprecedented. This is the newly “Unbanked,” cashed-up economy.

The last series of articles focused on external remittances companies that rely mainly on dollars wired from abroad. This series will focus on the internal cash companies that handle payments for the government and peer-to-peer in the wake of zombie banks and frozen bank accounts.

The website of Lebanon’s Central Bank currently lists six companies that deal with internal and external remittances.  Of these six companies, there are the market-dominant usual suspects, BOB Finance and OMT, in addition to Whish Money SAL, Pinpay SAL, Cash United and Transfer International. Whilst most of these companies have the capacity to deal with internal and external remittances, some have chosen to focus on the internal market rather than the external market. Whish, for example, is one of those companies.

The main founders of Whish had previously operated under the name Talaco. In 2004,

Talaco was set up as a specialized dealer in rechargeable phone cards and communications hardware.

The ownership of Talaco falls under Toufic Adnan Koussa (a Syrian national issued with Lebanese citizenship under Emile Lahoud), Samer Afdar (a Syrian national who owned a similar business in Syria), Talal Makdessi, and Amal Abou Zeid. In 2008, Abou Zeid sold his shares to Koussa. With the phone card business dying, Talaco seems to have reinvented itself into Woo Cash.

In 2018, Talaco rebranded into Whish, and launched a “money transfer” company, Whish Money, under the name of WOO Cash sal. In 2021 Woo Cash changed its name to Whish Money SAL.

It is unclear whether Makdessi is still a shareholder in the company. Afdar, however, also known as Mohammed Samer Afdar made his money in Syria by being the first to own the Western Union agency. He was also a co-founding partner of Tawasol Telecommunications in Syria. Known as the economic front man for Rami Makhlouf, Afdar is accused by the opposition in Syria of using his privilege to access his Western Union database and hand over data which included the names and addresses of the funders of the opposition inside and outside the country to the Syrian regime.

The company’s main shareholder, Toufic Koussa, is a graduate of the American University of Beirut. Along with Koussa on the board is Chehwan Mouawad, previously the CFO of OMT.

Whish seems to have made a push into the internal transfer market. In the absence of banks, some companies are having trouble paying their employees.  Whereby employees complain of having to wait hours at the bank to pick up their salaries for hours, Whish has offered an alternative allowing companies to “pay employees’ salaries through Whish for zero internal fee transfer.”  A list that includes employees’ full names and phone numbers is distributed to Whish, and at the call of the employer, Whish pays those employees at the end of each month.

Whish has not only made waves in the corporate market in replacement of banks, but it is also pushing into the NGOs’ funding market.  NGOs in Lebanon that fund projects in the private sector have imposed rules on their contractors, such as having the contractor pay its daily rate to Syrian and Lebanese workers, which is the minimum wage, whereby Syrians are paid equally to Lebanese workers – 8 dollars a day by a third party.  So, Whish swoops in, providing the service to NGOs and their contractors free of fees. The free of fees option ensures that more often than not, their tender is won with the NGO. At the end of day, all NGOs want to save money.

Overall, an incredible amount of data of Lebanese and Syrian refugee workers appear to be collected at the moment. Who monitors this data and who ensures that this data doesn’t fall into the wrong hands is unclear. Lebanon doesn’t seem to have a Data Protection Act at the moment to regulate this industry.

In the world of tech, there is a famous saying that goes “If you are not paying for the product you are the product!” Whish, at the moment, seems to be working for free. It can transfer your money anywhere in Lebanon for zero costs. In order to carry on with such a business model, someone must have deep pockets. And in the absence of payments for the product consumers are using, it is highly possible that they are the product. That is – their data is being used elsewhere.

The presence of Whish is ubiquitous in all government ministries, but more predominantly the Finance ministry.  In any government ministry where the average citizen goes to pay a bill or taxes or a fee, Whish has managed to bribe the civil servants at the cashiers to refer citizens to their offices, which are normally in close proximity to the ministry.

According to people interviewed for this story, the way it works is that when a citizen goes to the finance ministry to settle a bill, the cashier might make up an excuse such as being out of paper or ink for receipts and instruct them to pay the bill at the nearest Whish vendor. For the service of diverting payment towards its vendors, Whish pays the civil servant a “salary,” essentially a bribe.  Lawyers who at the ministries have raised concerns about the work mode of civil servants and the infiltration of Whish’s agents.

Whish seems to be pushing deeper into the Matn region with, 60 branches in the Matn alone. Other areas are not far behind, with 36 in Keserwan region, 21 in Nabatiyeh, 21 in Tripoli, and 38 in Beirut.  One of its biggest branches so far is seen on Zalka highway. Is this a coincidence? Is the Metn region more opportune for business than Beirut is these days?

Surely there are people working hard to ensure the company succeeds, but the onus is on these people to be more open with customers and clients. Who are the shareholders of this company and how is the data being protected?

In the presence of a totally “Unbanked” economy, it is the duty of the private sector to ask questions about who owns these companies and how they protect their employees’ data.  Much data can be accumulated by knowing where a person works, how much they earn, their phone numbers, and their address. On a good day, this sort of data might be used for marketers – but on a bad day – it might be used to locate opposition voices, like what happened in Syria, and Afdar is no stranger to that.

If the central bank is regulating the money transfer companies, do these companies adhere to the same governance rules that banks did?? Is it too much to ask the internal money transfer companies operating like banks to state where and how they are storing their data and who the data is sold to? Again, if you are not paying for the product, it is likely that you are the product.

A report on the state of the Lebanese economy is due to be released by the Financial Act Task Force in the second quarter of 2023. It is highly possible that Lebanon will be downgraded to the Grey List due to the surging opaque cash economy.

If delisted to the Grey List category (a high-risk jurisdiction), the impact can result in further isolation of Lebanon. Being rendered as a high-risk jurisdiction means that Lebanon has significant strategic deficiencies in its government in regard to countering money laundering, terrorist financing, and financing of proliferation.

Cash companies mired in corruption schemes with opaque ties to terror organizations, sanctioned individuals, and prominent funders of sanctioned regimes can only speed up this process. At the end of the day, a whole economy cannot run on a cash-based system. More than ever, a call to speed up banking reforms is needed.