With Lebanon set to raise its official exchange rate for the first time since the end of the civil war, experts argue that, without reforms, this will do little to help Lebanon counter the ongoing economic crisis. 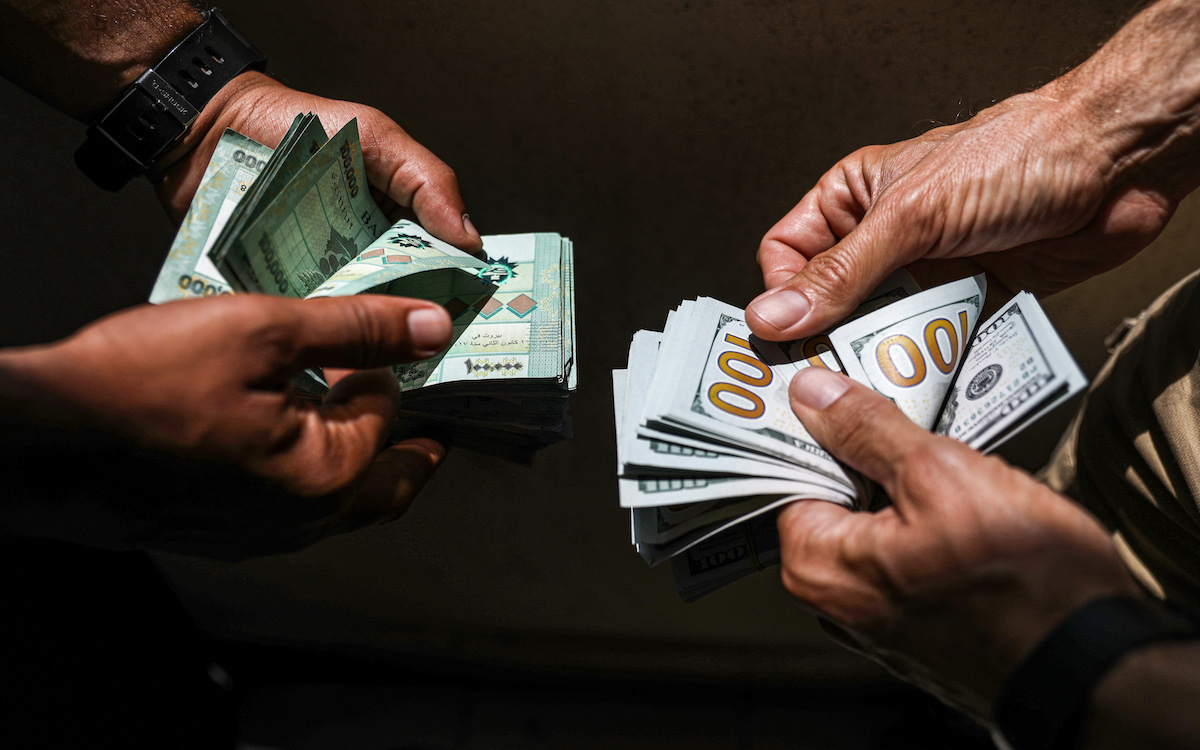 At the end of September 2022, Lebanon’s caretaker finance minister, Youssef Khalil, said that the official exchange rate, which has been pegged at 1,507 to $1 since the end of Lebanon’s 15-year civil war in 1990, would be raised to 15,000 at the start of November.

This plan, however, was changed after then-President Michel Aoun refused to sign the 2022 budget into law prior to the end of his term on October 31, forcing Parliament to wait until late November when the budget would automatically pass and go into effect.

In response, plans to raise the official exchange rate were pushed until February 1.

Despite this, Khalil quickly began a hard sell of the new exchange rate as something that will help Lebanon in the face of the ongoing economic crisis.

“Today, Lebanon has entered a new phase and is no longer using an official U.S. dollar exchange rate that makes no sense … Now we have one that is useful, based on which you can steer the economy toward a better situation,” Khalil stated, adding that this new exchange rate was contingent on the approval of a plan to address the crisis.

“We have now entered the process of unifying exchange rates … the central bank will deal with markets using the price of 15,000 starting from the beginning of February 2023,” the Central Bank governor said.

However, financial experts have called into question the efficacy of this new exchange rate, and whether it will actually have a positive impact on Lebanon’s economic crisis, now in its fourth year, when there are no reforms being passed and implemented alongside it.

“​​The decision to change the exchange rate to 15,000 LBP to $1 USD came with other decisions, like the customs dollar and increasing the public sector salaries by three times. Usually, in a country with wise and responsible leaders, such decisions would be accompanied by reforms to contain any deterioration of the Lebanese Pound,” financial advisor Danielle Hatem told NOW, adding that what is happening is the exact opposite of what the government should have done.

When the economic crisis began in October 2019, it became clear very quickly that Lebanon’s politicians needed to pass and implement major economic and financial reforms in order to prevent the crisis from deepening.

This did not happen. And, in the years since, Parliament and the multiple governments that have been formed since the start of the crisis have repeatedly failed to even pass something as simple as a capital control law, instead allowing the banks to impose their own informal controls while the Central Bank occasionally regulates them.

Now, as the economic crisis enters its fourth year, the situation in Lebanon continues to worsen with inflation skyrocketing and the value of the lira to the dollar depreciating on an almost daily basis.

The government has negotiated with the International Monetary Fund on a multibillion-dollar loan, eventually reaching a staff-level agreement.

For Lebanon to unlock these funds, however, the IMF requires Parliament to pass significant reforms to its financial and banking sectors.

One of these required reforms is a unified exchange rate.

Currently, there are multiple exchange rates being used, ranging from the official rate to the Central Bank’s Sayrafa rate meant to be the rate that exchange houses use to the black market rate, which is miles ahead of any other rates in use by the government.

It’s all just nonsense. These are not solutions. These are just actions that they are taking with very narrow goals that are harmful in the macro sense because they just don’t solve anything.

Because of this, financial advisor Mike Azar questioned the point of announcing a rise in the new official exchange rate.

“When this topic first came up a few months ago, my question back then was “What does that mean? What does a new official exchange rate mean,” Azar told NOW. “I just don’t know what they mean by that. The question is what exchange rate applies to what thing because there are still going to be different rates applied to different things.”

According to Azar, the government’s plan to raise the official rate means very little in the grand scheme of things, as multiple exchange rates will continue being used throughout the country.

In addition, Azar argued that the implementation of a new exchange rate is the government’s way of trying to combat the devaluation of the lira to the dollar, but that it is far from being a real solution given the refusal by the politicians to enact any real reforms.

“It’s more of a consequence of not doing anything else and not doing other reforms so you need to keep doing these piecemeal, suboptimal solutions which aren’t really solutions,” Azar stated. “You’re supposed to be unifying all of the exchange rates and, instead, you are just creating new ones and claiming that that’s somehow a step towards unifying the rates when you’re just creating newer, higher rates.”

Rather than just raising the official exchange rate, the government in fact needs to do an entire overhaul of the country’s economic and financial sectors so that the economy can begin growing once more.

“It’s all just nonsense,” Azar said. “These are not solutions. These are just actions that they are taking with very narrow goals that are harmful in the macro sense because they just don’t solve anything.”

Furthermore, it is likely that raising the exchange rate will actually raise inflation, causing the opposite of its intended purpose.

So the possibility of being able to withdraw more money at the rate of 15,000 can seem like a slight improvement to some depositors who are seeing their spending power continue to decrease.

For those that will be happy that they will be receiving more money against their lollars, personally I don’t think that this is good news. I think that this increase will be diluted in no time.

However, according to Hatem, any gains that depositors will enjoy will only be temporary.

“Withdrawals will be at 15,000 at the beginning of February, as they said, probably they will lower the limits on withdrawals but definitely there will be more LBP in circulation,” she explained. “As we have seen in the past, the greed of the supermarkets and merchants will push them to raise their prices. So we are going to see more inflation, more pressure on the Lebanese Pound especially if BDL doesn’t intervene whether it’s through Sayrafa or directly in the parallel market.”

Central Bank intervention has proven to be insufficient in combating the devaluation of the lira as BDL has, on multiple occasions, attempted to bring down the rate by flooding the market with dollars.

In doing so, the rate does drop significantly, but only temporarily, and with the Central Bank’s dwindling foreign reserves, its ability to do so has become increasingly limited.

A little over a week later, though, the rate is beginning to rise again, with dollars currently selling for around 44,000 and the rate continuing to rise.

“They issued this circular related to Sayrafa to limit the freefall of the lira after the dollar surpassed 47,000 lira,” Hatem stated. “But we all know now that this solution is temporary and that the Central Bank cannot sustain it.”

This only reinforces the necessity for the government to pass the reforms that they have continued to refuse to do.

“When we initially increase the salaries of the public sector, ideally, we should have started with reforms so we can find this increase with the government revenues and not by printing lira,” Hatem said. “For those that will be happy that they will be receiving more money against their lollars, personally I don’t think that this is good news. I think that this increase will be diluted in no time.”

Without these reforms, the government is ensuring that Lebanon will remain in a  cycle of implementing temporary solutions that only help to perpetuate the crisis rather than helping to solve it.