I have never known Beirut with 24-hour electricity, writes a sleepless Ronnie Chatah. 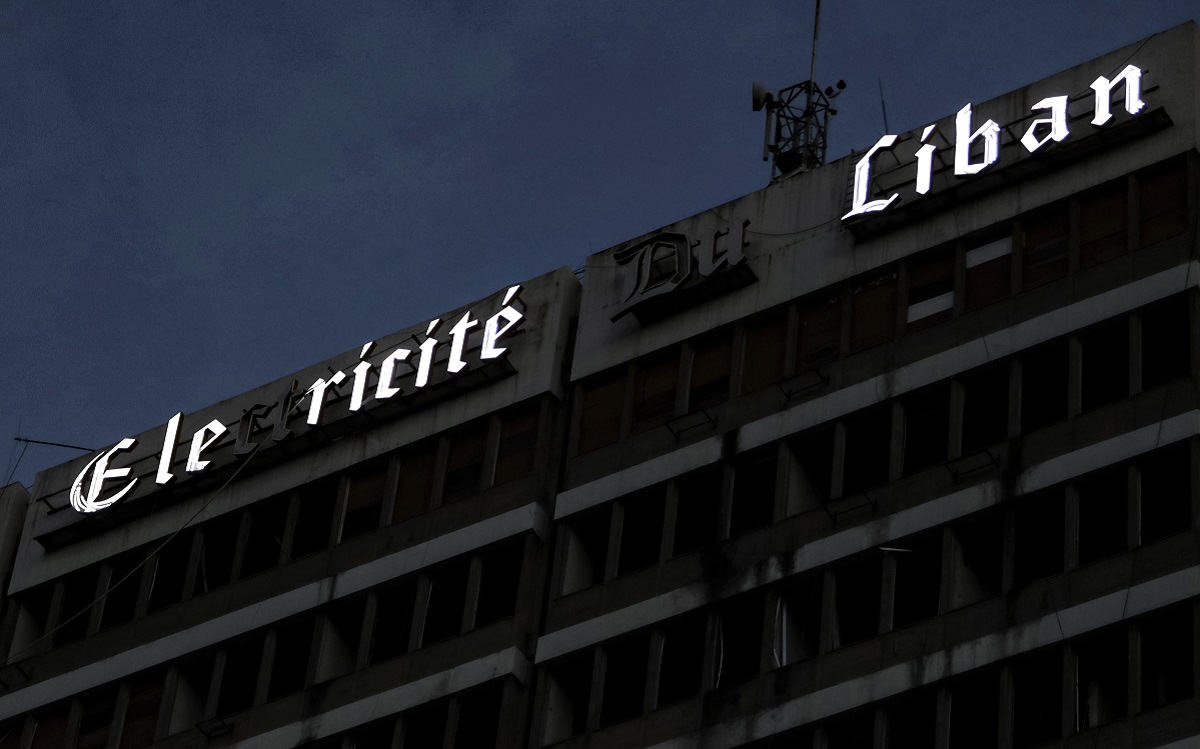 "The generator kicks on. Its jolt wakes me up. 6:00 am on my phone, and there is electricity." Photo: Anwar Amro, AFP

It takes me a minute to wake up from the dawle or ishtirak, whichever one is still running, and another minute to adjust to my phone’s brightness and process that I barely slept one, maybe two hours. A third minute to climb out of bed, take my shirt off before it is drenched with sweat and head to the balcony’s warmer-than-wanted drift. Thankfully too dark to frighten any neighbors.

The joys of 2:00 am, awake and without my lure of the night…my out of stock Panadol Nite.

It feels like weeks, or months…is there any sense in keeping count?

I have never known Beirut with 24-hour electricity. I heard tales of reliable power from earlier generations and, more recently, from residents of that enchanted town just over Mount Lebanon’s eastern ridge (although they recently lost that luxury). During the ‘war to end all wars’ in the late 1980s, we had somewhere between zero to four hours of electricity per day. If we were lucky, up to eight, and on occasional holidays even twelve.

Celebrating half a day of wartime kahraba.

The other half, a city’s soundtrack of generators’ humming and rumbling that once eased my way into sleep. Not in basements or neighborhood hubs, but on our balconies. Small and dangerous, and always in need of repair. Polluting a divided, war-torn capital while guiding my childhood nighttime wonderings, once innocent and now swiped online.

I climb back into bed and reach for the virtual realm. ‘7amdillah b3d fi 4G.’

Sorry, I meant 3G. Or even better…that slow-drifting E.

The other half, a city’s soundtrack of generators’ humming and rumbling that once eased my way into sleep. Not in basements or neighborhood hubs, but on our balconies. Small and dangerous, and always in need of repair.

Twitter, where rants of insanity shine through the night: ‘Tweets aren’t loading right now, try again’. Instagram, you never fail me with endless insecurity: ‘No internet connection’. Facebook, I somehow still use you: ‘Something went wrong, please check your connection and try again.’

I will float to a shower and freshen up…and hopefully fade away.

Without hot water, of course. I forgot to turn my heater on, with the switching between my AC unit, electric kettle and washing machine, and anything to avoid a disjoncteur ‘tick’. The water is still lukewarm from the sun’s mid-summer shine, getting colder by the second while I have soap all over.

The best thing that happened this week was avoiding my car altogether – the combination of a holiday, getting picked up and dropped off and only working online. Those precious 70,000 LL added from a horizon-stretching que’s gracious gift, still in my tank.

I forgot to turn my heater on, with the switching between my AC unit, electric kettle and washing machine, and anything to avoid a disjoncteur ‘tick’.

My car is in the building’s basement, a barely lit floor, blackened without electricity. My memory still works…thankfully. I feel the step from the elevator to the unfinished floor. No tripping tonight.

I drive down a road once referred to as 3ks l seir when heading the wrong direction. My high beams on, taking the place of streetlights that no longer work. Cars appear from all directions as I approach an intersection with a combination of switched off and smashed traffic signals, and a ‘No U-Turn’ sign’s pole bent backwards. I narrowly miss a pothole big enough to swallow one of my tires, and I swerve into downtown’s outer ring.

Lanes fading to no traffic on streets entirely abandoned.

Trash lines the road’s edge marked by sidewalks overtaken by brush. Nature’s course, engulfing garbage bins flipped over during battles with the authorities.

The urban veneer, visible by moonlight, of our city’s beating heart now derelict and dead. Facades of smut smudged from smoke, vandalism along slabs of French-era architecture. Humidity’s haze floating through ruins of rage and despair. The accompanying stench of sewage greets anyone who enters.

Trash lines the road’s edge marked by sidewalks overtaken by brush. Nature’s course, engulfing garbage bins flipped over during battles with the authorities.

A mountain of plastic burns ahead, toxins’ shadows dance to the hellish fire lighting the fractured pavement.

I reach a dekkane at a dead end, one I have not visited in ages. A neon light bulb dangles above stored items. The owner is still there, sitting by the door inside with a cigarette dangling at his lips’ limit. His withered wrinkles expand with a faint smile as I walk inside.

I reach for my pocket,  pull out a rubber-banded, crumpled allowance of 50 and 100 Lira notes and hand him the bills. The owner opens his cash register, licks his middle finger, and begins to count the money slowly with swipes of his thumb, separating each denomination in a different pile. A television fit to the smallest of sizes glares from his table’s edge, with a defiant general waging war from Baabda against an entire country.

I look at the owner gazing at his register, losing value with each transaction.

He reaches for his drawer and hands me a bottle opener, and points inside. I follow electrical wires emanating from a generator vibrating outside, their original white encasing grimed with age and darkened to the dust-ridden floor. They wrap around a fridge buzzing against the supermarket’s back wall. I look in and remember what I came for…

I look over to the owner switching dials, landing on a staticky LBC with flashes of a neighboring army’s fast approach. He slams the set for better imagery of an all but enclosed madman amidst loyal soldiers, fighting to the bitter end before he deserts them from his bed.

The owner switches the television off. His eyes suddenly occupy mine, through a stillness that will not stop. The generator’s fuel runs dry, within seconds muffled to mute. The light goes out. I walk out to no car. Across the street, a pack of gray-haired dogs position themselves. Stray and starving. Searching for life between wasted years of debris. Their piercing yellow eyes seize mine, as they hunt to survive.

The generator kicks on. Its jolt wakes me up.

The generator’s fuel runs dry, within seconds muffled to mute. The light goes out. I walk out to no car. Across the street, a pack of gray-haired dogs position themselves. Stray and starving.

I put my shirt back on over graying chest hair. My muscles stiffen, and my eyes redden to the initial rays of sunrise. I switch the AC to full blast, its droning comforting and interrupting the haunting silence that awaits me.