Conservative Chief Justice Ebrahim Raisi is expected to win in today’s Iranian presidential election and many people were busy making sure he had no real competition, analysts say. 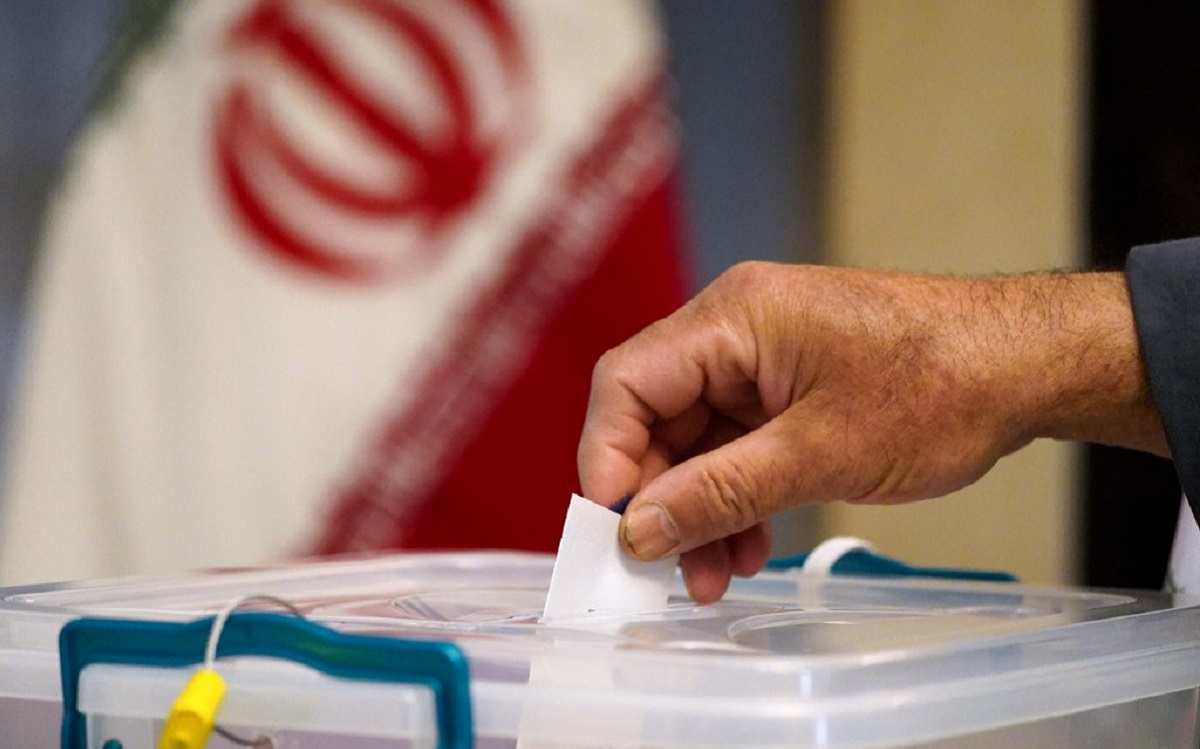 An Iranian man living in Iraq votes for presidential election, at a polling station in the Iraqi Shiite holy city of Najaf, on June 18, 2021. Photo: Ali Najafi, AFP.

Seven men took to the stage for the first of the three debates in Iran’s presidential election.

While the idea of the debate was to allow the candidates to discuss their policies and what their presidency would look like, it was clear to anyone watching that the person that is going to win is Iran’s 60-year-old Chief Justice Ebrahim Raisi.

According to analysts like Alex Vatanka, the director of the Middle East Insitute’s Iran program, the only surprise that could happen in this election is if Raisi were to lose.

“At this moment in time, a Raisi presidency would be a huge surprise and upset if it didn’t happen, because Ayatollah Khamenei and the Revolutionary Guard and everyone else in the system that really have the core power are pushing for him to win,” Vatanka told NOW.

His assured victory became even more evident when conservative candidate Alireza Zakani dropped out of the race just days before the election and endorsed Raisi.

Raisi, however, is not favored to win because he has a huge cult following. Rather, the Guardian Council, which interprets the Islamic values in Iranian law and approved or rejected presidential hopefuls’ candidacies, disqualified anyone that could potentially defeat the Chief Justice who Vatanka described as being “uncharismatic” and “weak”.

Although many view him as being unqualified for the job, Raisi’s ascension to power will help the real powers in Iran, the Supreme Leader, Islamic Revolutionary Guard Corps and clerics, set the wheels in motion for the next stage in the Islamic Republic’s history.

While Raisi, now, is expected to win the presidency, when applications were first pouring in, he was just another name amongst hundreds.

Quickly, though, the Guardian Council cut the list down to just seven men, excluding several big names, such as former Speaker of Parliament Ali Larijani, which upset many.

The decision by the Council to exclude these people did not come as a surprise to Iran analyst Arash Azizi, who noted that though the Iranian regime likes to present the appearance of serious competition in its politics, it has always been restrictive.

“The elections in the Islamic Republic of Iran have, of course, never been free,” Azizi told NOW. “They have all been limited to what we can call a cast of politicians, many of them clerics, some of them not. It has always been limited to them.”

Raisi, Rezai, and Ghazizadeh are all from the conservative wing while Hemmati and Mehralizadeh are viewed as being either centrists or reformists depending on who is asked.

Azizi explained that the conservatives are people who support the revolutionary foreign policy, specifically in the region, the rule of Khamenei and are sometimes linked to the IRGC.

The centrists look to bring Iran closer to the West and want to transform Iran into a more modern country. However, while they might be more western-oriented, this does not mean that they are looking to overthrow the Supreme Leader and turn Iran into a western-style democracy. Hassan Rouhani, the current president, is considered to be a centrist despite coming from a more hardliner, conservative camp.

Finally, the reformist wing is the more liberal political group in Iran with Azizi describing them as a group that “say that they support the ‘Republic’ part of the Islamic Republic more than the ‘Islamic’ part.” The reformists have long been beaten down by the regime and are not very politically active outside of staging the occasional protest. Because of their opposition to the regime, reformists are not expected to take part in the election, further sealing the fate of the election.

“Most reformists in Iran are not going to vote,” Azizi explained.

“The only possible miracle would be if somehow, they were able to convince those millions of Iranians who aren’t going to vote to show up and vote for Hemmati or Mehralizadeh.”

He added that if either Hemmati or Mehralizadeh stepped down and endorsed the other, then that would also make it easier for one of them to defeat Raisi if there was a higher turnout from the reformist population.

While something similar happened in 2013 when then-President Khatami endorsed Rouhani and the reformist candidate stepped down, allowing Rouhani to win, Azizi says that the chances of that happening in this election are slim to none.

Even the other conservative candidates stand little chance against Raisi.

Rezaei has run in other presidential elections, failing miserably and has become a sort of joke candidate when it comes to running for the office.

Since the Guardian Council eliminated any serious opposition to Raisi and the other conservative candidates all but outrightly supporting him, Azizi estimates that he will win in the first round of voting with at least 60 percent of the vote, adding that he jokes and his friends joke that it’s not a matter of if Raisi will win, but by how much.

The first time Raisi ran for the presidency was in 2017, where he lost against Rouhani who was looking to win his second term in office.

Raisi’s loss is not what stuck with Azizi, though. Rather, it was how lackluster he was as a candidate.

“I remember when I first watched the debate, in the first 10 minutes I said that this guy would never win any election,” Azizi laughed. “He’s just so bad at this. He’s never really had to do any public speaking or any sort of real politics.”

Vatanka explained that Raisi has no political background and owes his rise in politics to Khamenei who appointed as the manager of the Imam Reza shrine, one of the most prominent positions that Raisi held, in the sacred city of Mashhad in Northern Iran.

“He has nothing to offer on his own,” Vatanka stated. “He can’t speak. He doesn’t have a base…He’s weak in the sense that he knows that he owes the job to the people that put him there.”

Since Raisi is a weak figure, he would not cause any controversy and could easily be controlled by the regime. In addition to this, he would not use his position as a way to challenge the power of the IRGC or the Supreme Leader.

“He is a safe figure who is sure to not use the presidency as a base for power to challenge the powers that be,” Azizi said. “Raisi is very important because he is very unlikely to pose a threat to any of those people.”

However, Vatanka does not believe that Raisi is being chosen just because he is not threatening. He argues that this all part of a longer game, the regime is laying the groundwork to secure the next phase for Iran by using Raisi as a way to consolidate power.

Because Khamenei is 82, questions about his successor have been raised and Raisi has been noted as being the next potential Supreme Leader. If he were to replace Khamenei, then he would be a weak Supreme Leader and under the thumb of the clerics and IRGC.

Vatanka claimed that Iranian society is sick and tired of the status quo and that the regime is going to need to make changes or risk seeing an uprising that they cannot simply crush as they have in the past.

Khamenei, according to Vatanka, is too stubborn to admit that he is wrong so any major changes in the regime’s policy would have to come after he dies.

“That’s why they are pushing Raisi as much as they can, with the mission in mind of hanging onto the Supreme Leadership,” he explained.

“Once they have consolidated, once they have reassured themselves that they can be shaping the future of the Islamic Republic post-Khamenei, then they can make a decision in terms of what political changes they are willing to bring about which I think would be essential for their survival.”

Since the regime’s consolidation of power is so important for its survival, they are doing everything that they can to ensure that it happens.

Even though Iran might be making some changes at home after Khamenei dies, as a whole, very little would change for the country.

Iran might have a president, but it is a role in name only as any major decisions for the country are decided outside of the presidential office.

“The election result will have no bearing on what Iran does in the region. That’s all decided on outside of the presidential palace more or less,” Vatanka explained. “I think it’s important to underscore the limited powers of the elected government, including the president and foreign minister. They were limited before these elections and will be limited after these elections.”

The president might undertake foreign trips to Africa or Europe, but visiting countries in the region is more of a symbolic gesture, since he has no bearing on Iran’s foreign policy.

The IRGC has also steadily gained more influence and power in the country, acting almost as a state within a state, sometimes coming into conflict with the presidency.

Under a Raisi government, however, the regime would be united on all fronts, making it harder for the president and the regime to blame each other for any failures.

“This time around, Iran will have a united government. And that’s kind of dangerous for them because one benefit of having a power that is not totally united is that you can blame the others,” Azizi stated. “That is now gone.”

According to Vatanka, while it will be more difficult to place blame under a united government, the regime is likely to still do this, if only to put on a show to the world that there are competing political views within Iranian politics.

“Competition for ideas is very limited because Ayatollah Khamenei doesn’t really allow for it,” Vatanka said. “I’m sure they’ll continue to place some blame on each other just to give the world the image of political competition being a reality in Iran which really among the Revolutionary Guards and Raisi, that is not true.”

He pointed out that this has already taken place during the debates, with the conservative candidates apparently blowing minor disagreements out of proportion to demonstrate a show of active dialogue, when in reality, they are all in agreement.

Turnout in this election is expected to be extremely low with only the supporters of Raisi and the conservative wing expected to make a large push to the polling station.

With Raisi all but sworn into office, Iran and the world can only sit by and wait to see what this means for the regional power and its future. 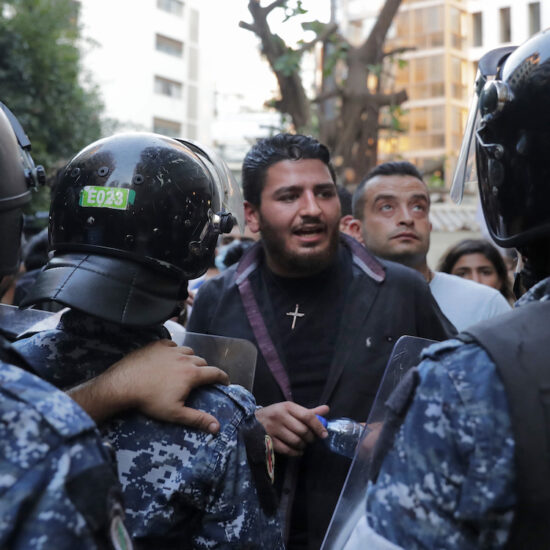 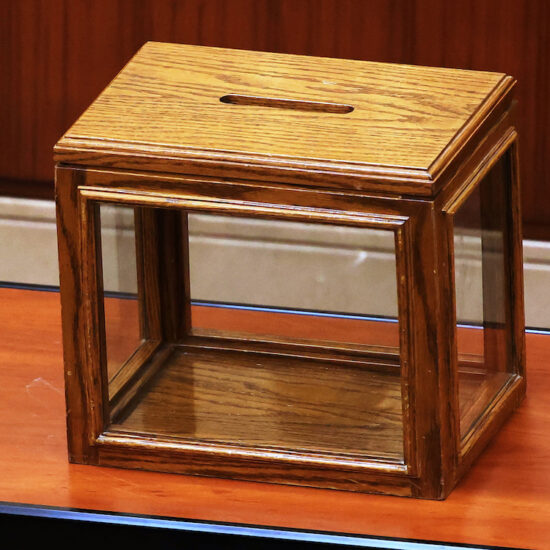 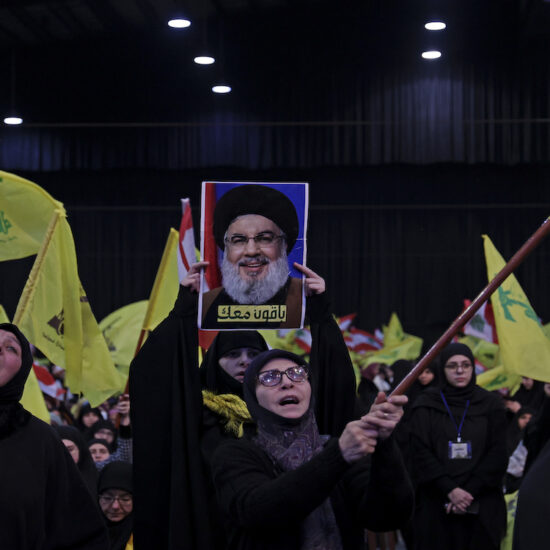 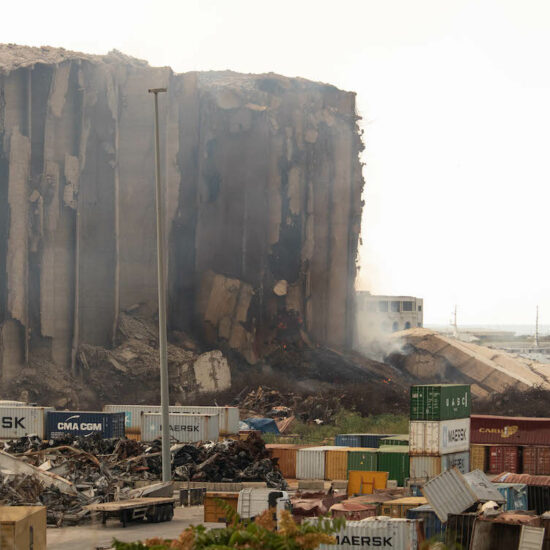