Though much of the conversation around Hezbollah and its allies revolves around ideology, a quick look at the entity’s political activities, policies and ‘street’ movements makes clear that they are either dishonest or incompetent, writes Gino Raidy. 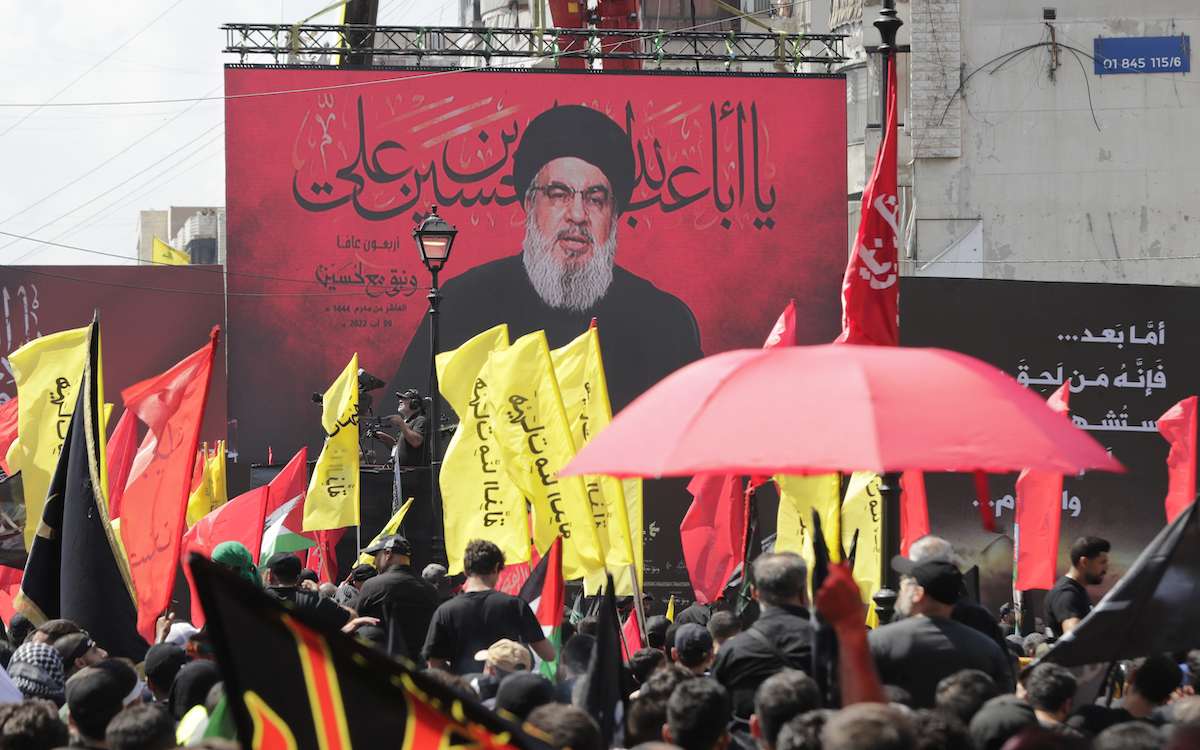 You might be old enough to remember a time when Hassan Nasrallah’s pre-recorded televised addresses were believable. His words were considered sincere by both his diehard supporters and his shy detractors. But the Hezbollah secretary-general’s days of being taken at his word are long gone, especially when compared to the militia’s rhetoric around the post-2000 liberation of South Lebanon from an Israeli occupation that lasted the better part of two decades.

Amidst the signature finger-wagging coupled with threats about killing whoever was bothering the Hezbollah leadership that week, Nasrallah still sprinkles in his oldest and best hits, such as promising to kill every last US soldier in the entire Middle East (at a time he “sees fit”, which still hasn’t come, even after the assassinations of Qassem Soleimani, Imad Moghnieh and other prominent friends of Hezbollah) and threatening to wipe Israel off the map in half an hour.

But since 2019, the televised addresses have switched from pandering in empty promises and grand slogans about resistance to real and direct threats against the young men and women of October 17’s movement. Those new talking points were often coupled with coordinated action on the ground by black-shirt-clad, scooter-riding, “Shia, Shia!” chanting young men that only appear when it’s time to terrorize and assault unarmed citizens, but never when it’s to do something that might help the country as a whole.  Not even those young men’s own neighborhood, forgotten by Hezbollah unless they needed bodies to intimidate fellow citizens asking for the same things.

You all know this though. Gaslighting by the militia and its supporters has become less effective. Nasrallah did a U-turn from “we will never starve and always get paid in US dollars” to “we need an agricultural jihad to not starve” months later. Today though, I want to focus on something less ideological and hyperbolic –  Nasrallah’s broken promises regarding tax policy.

A recurring theme in the discourse of Hezbollah’s leaders is the idea that the militia will never allow tax hikes that can affect Lebanon’s working class. Nasrallah even threatened, on multiple occasions, that his party will go down to the streets if such tax hikes ever passed.

But the tax hikes did happen. Several times. Each time, Hezbollah was there in the room and did nothing. The most recent (and most obnoxious) example came from Lebanon’s telecom minister, Johnny Corm, exactly four days after Lebanon’s parliamentary elections. On May 19, 2022, Corm threatened: “If the decree to raise the telecommunications tariff is not approved, do not hold me responsible. The elections are over and the matter is no longer tolerated.” Hezbollah, which participates in and controls the council of ministers, simply “expressed reservations” and the black-clad, scooter-wielding “streets” of Nasrallah stayed home. Keep in mind, Corm is a Sleiman Frangieh appointee, and Frangieh is Nasrallah’s pick for the next president and one of the fiercest allies of Hezbollah since the days of the Syrian occupation.

This isn’t a post-2019 issue though. A quick Google search will give you plenty of results about Nasrallah promising there will be no tax hikes, “or else”. 2017 was another jarring example of Nasrallah saying one thing and doing another when it comes to the taxes that seem engineered to siphon money from the working class’s pockets. The excuse back then was that the government needed to raise taxes to raise public employees’ salaries and benefits. Needless to say, the situation since 2017 has accelerated Lebanon’s descent into complete collapse.

Maybe you’re wondering if Hezbollah stopped its (often armed) street actions due to the economic situation and badly handled pandemic under Hezbollah ministers? Hezbollah had the manpower, time, energy and focus to send a mob armed with rocket-propelled grenades and automatic assault rifles into residential Beirut neighborhoods. This happened after Hezbollah’s “fixer” Wafiq Safa threatened to “uproot” the judge investigating the August 4, 2020 port explosion. The assassination threat didn’t work, and thankfully, neither did the armed assault with the explicit goal of getting rid of investigating judge Tarek Bitar “no matter what”.

We also see Hezbollah mobilize its “street” power to intimidate journalists covering protests in Southern towns cut off from water. Another example in the news recently is Hezbollah’s orchestration of campaigns threatening rape and death towards activists and journalists, as seen clearly in the recent campaign led by Hassan Nasrallah’s son, Jawad, against Lebanese journalist Dima Sadek.

In a nutshell, cutting through all the ideological back-and-forth, a simple examination of Hezbollah’s policy promises makes the militia that projects images of invincibility seem one of two things: dishonest or incredibly incompetent.

Hezbollah’s performance in the executive branch is just as horrifying, with the militia doubling its own hospitals’ budget a day after the August 4, 2020 blast and right before Hassan Diab was forced to resign under immense public pressure in the aftermath of the catastrophic blast. It takes a certain level of shamelessness to pass such executive orders while the nation’s people were still searching for loved ones under the rubble, as the government Hezbollah had installed and protected was busy siphoning off what little public funds were left to fund their upcoming election campaign last May.

If you think it couldn’t get any worse, Hezbollah’s ally, Gebran Bassil, has plans to double-tax people installing solar panels in their homes and businesses. The FPM has controlled the energy ministry since 2008, with Hezbollah’s blessing. People drenched in complete darkness decided to generate their own electricity through solar power. The genius idea is to charge 200,000 LL every year per panel, even though customers had already paid taxes on the panels, batteries and setup.

At a time when much of the discussion about Hezbollah is ideological, we must not forget to actually review Hezbollah’s policies and the disastrous effects they’ve had. The examples mentioned above are a small sample of policy decisions that didn’t pan out and promises that weren’t kept. If we set aside all the other issues with Hezbollah and its ideology, we will still have enough to decide that a country helmed by Hassan Nasrallah will bring only more pain and hardship to Lebanon and its residents.