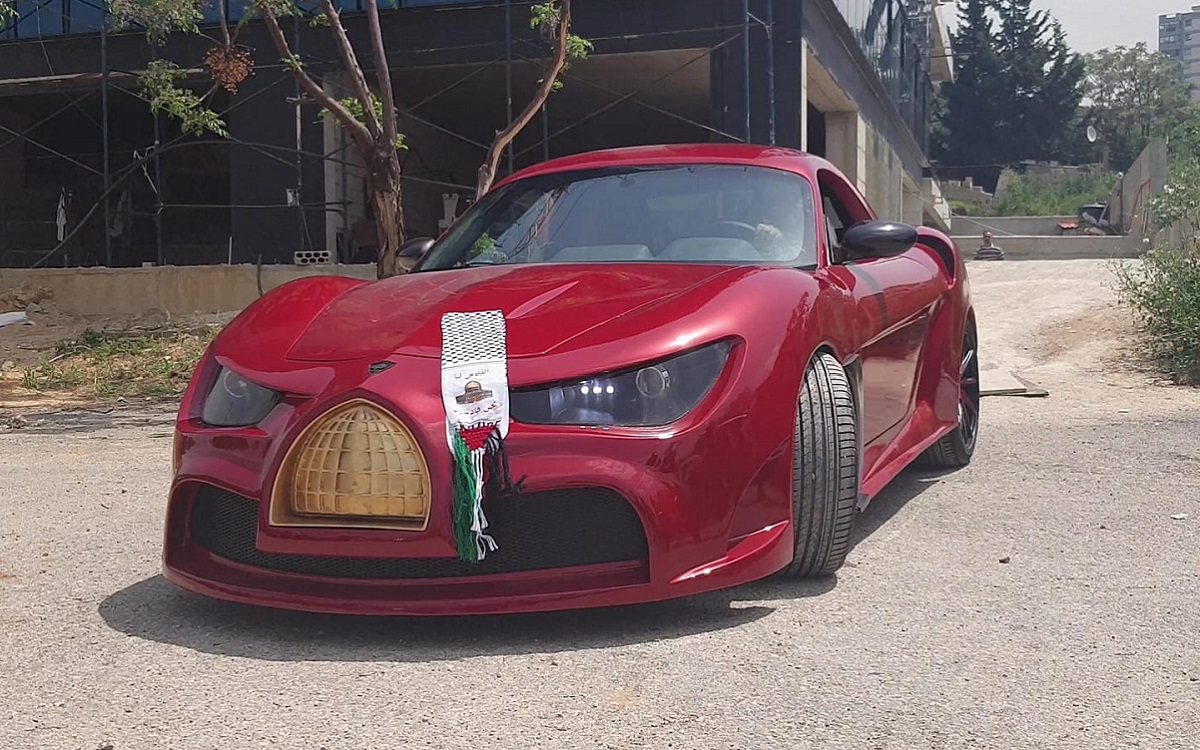 Despite struggling with a dire economic crisis and frequent power outages, a Lebanon-made electric vehicle car made its debut on Saturday.

Lebanese netizens received with mixed feelings the launch of the country’s first ever automobile, an electric car deemed “Quds Rise” and produced by a Palestinian businessman born in Lebanon.

The prototype, emblazoned on the front with a golden logo of the Dome of the Rock, the shrine in Jerusalem’s Al-Aqsa Mosque compound and Islam’s third holiest site, was built “from start to finish” in Lebanon, Palestinian businessman Jihad Mohammad explained on April 24.

Mohammad established EV Electra in Lebanon in 2017 and the company is expected to produce its first vehicles by 2022 when the first automobiles will hit the market. “The car will cost up to $30,000,” he said.

EV Electra employs 300 people, Palestinian and Lebanese engineers together as a sign of equal employment opportunities. Palestinian engineers are not usually employed in their field in Lebanon because they do not possess Lebanese nationality and are not vetted by the Order of the Engineers.

Built in Lebanon “from start to finish”, the red sports electric car – named “Quds Rise”, using the Arabic name of #Jerusalem – is the project of Palestinian businessman (born in Lebanon) Jihad Mohammad.https://t.co/YNKYh4TXsp

According to UNRWA, the United Nations agency that manages Palestinian refugee camps across the Middle East, there 470,000 refugees are registered in Lebanon and 45 percent of them live in the country’s 12 refugee camps. Camps are overcrowded and refugees face unemployment, poverty and lack of access to justice.

Palestinians in Lebanon cannot work in as many as 39 professions and cannot own property (real estate). Because they are not formally citizens of another state, Palestine refugees are unable to claim the same rights as other foreigners living and working in Lebanon.

The launch came a step away from being postponed over security concerns and launched on April 25 under tight security in the presence of international media in Khalde, a suburb of Beirut.

“Praise be to God for everything, and for protecting our family and our fans. After receiving a number of threats, the company announces that it will postpone the car ceremony tomorrow in Sidon until next week in order to coordinate with the Lebanese security forces to protect our employees and our audience. We apologize, but your security is more important than our car,” the company had announced on April 24, a day before the scheduled launch.

The company did not mention who made the threats.

Some netizens in Lebanon were also split over the political name of the prototype and the golden grid portraying the Dome of the Rock, which was also interpreted as a political statement.

The Quds Rise, an electric sports car from Lebanon.
It actually looks quite nice except for having the grill be the “Dome of the Rock” pic.twitter.com/ZZuzEMbYvr

Many social media users deplored the lack of infrastructure to charge electric cars as well as the country’s decades-old power crisis.

“Electric car without electricity to charge it? Only this can happen in Lebanon,” an electrical engineer tweeted.

“What in the blue hell are people making electric cars in Lebanon, while people are starving to death and only 1% of the elite population can afford it,” Lebanese political scientist Hani Abou Fadel also said on Twitter.

It may look awful but the the Golden Dome at the front and the name “Quds Rise” is greathttps://t.co/yu6WbnosHV