Lights on, lights off 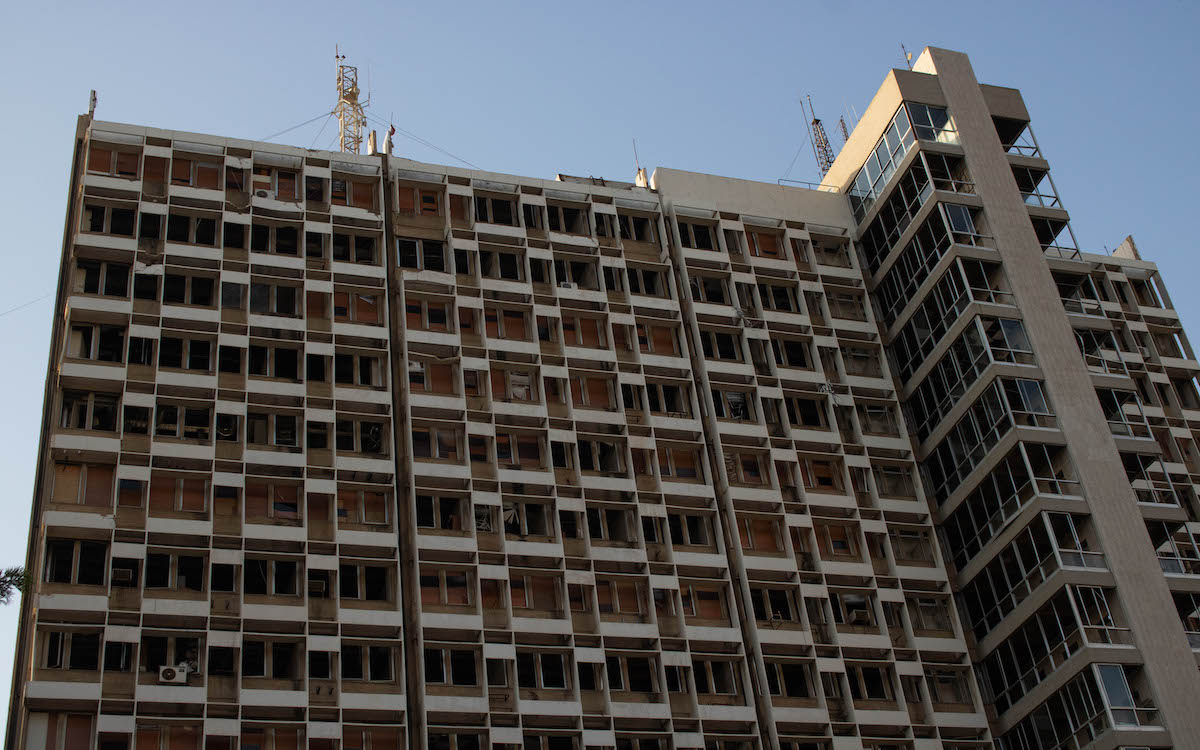 Despite not having a long-term strategy, the government will continue dipping into the central bank's foreign reserves in order to keep supplying electricity to the country. Photo: Nicholas Frakes, NOW.

Foreign reserves in the central bank are rapidly decreasing, causing fuel prices to rise, and without any reforms to the country’s energy sector and state-owned Electricite du Liban (EDL), nationwide powercuts have increased as EDL has been unable to maintain its supply of electricity.

Energy consultant Jessica Obeid, a non-resident scholar focusing on energy in the eastern Mediterranean at the Middle East Institute, explained that the country is unlikely to see a nationwide blackout any time soon, but, without serious changes, the frequency and length of the power cuts are likely to steadily increase.

“It’s definitely going to go back to more cuts because, first, we don’t have enough supply of electricity added to the fact that we also have other occurred payments for the operators of the powerplants and some contracts are going to expire by the end of 2021,” she told NOW. “There’s going to be more de facto power rationing but I wouldn’t buy into a total blackout for another year.”

Obeid says that this should not make people less worried.

“It just means that when we get to a point where we get to a blackout, it also means that we ran out of all our money,” she said.”Then it will be so much harder to find solutions than it is now.”

The end of the line

In addition to the apparent economic cost a nationwide blackout would incur, Obeid explained that  it would come at a serious political cost, as it would likely cause people to take to the streets in protest once again.

“If they get to a point where they are not going to supply fuel for EDL and EDL powerplants shut down, then there is no foreign currency available on the market as well,” she stated. “The [local] currency is going to be devalued even further and the [private] generators cannot operate their generators 24/7 and when they devalue their currency, the price of diesel is going to be even more expensive. So, the electricity bill of the average consumer is going to be a very high share of the household income.”

Electricity is already a major expense for most Lebanese.

The IMF, in a 2019 report, surveyed electricity use throughout Lebanon and noted that 84 percent of businesses utilized private generators to make up for the daily power cuts. The cost of private generators is also nearly three times as expensive as the average cost in the region.

There was also a significant disparity when it comes to the power supply by EDL. In Beirut, EDL, has been providing around 21 hours per day while in other areas, such as the Bekka, EDL only provided around 12 hours per day, increasing the amount that a household had to pay for a private generator to make up the difference.

This has prompted certain municipalities, such as Zahle, to forge their own electricity operations.

According to Obeid, the government will continue dipping into the central bank’s foreign reserves in order to keep supplying electricity to the country, however much that might be, but, without reforming the sector or receiving financial support to help the ailing economy, then “whatever is left in the central bank is not going to last long.”

Rather than making any serious changes, the government continues to prolong the situation by approving large payments to make sure that the powerplants do not run out of fuel and to pay for maintenance.  So it happened in March, when the Parliament approved $200m to continue funding EDL.

The fuel purchased is on the spot market which requires that payments be made upfront and in foreign currency. Because of this, the power sector now accounts for roughly 43 percent of Lebanon’s public debt despite the sector’s constant deterioration.

According to the World Bank in a 2020 report on Lebanon’s energy sector, in 2018, the sector’s costs ran upwards of $2.6bn “with fuel accounting for by far the largest portion of sector costs (around 64 percent [of costs].”

“Every two months there is going to be a huge threat of a blackout which the government is going to use as a sense of urgency to deplete more funds and tap into more foreign currency reserves,” Obeid said. “The government inaction means they get to a point where it becomes urgent and, when it’s urgent, it’s the most unsustainable, expensive solution they can think of and that has been the trend forever.”

Lebanese politicians will often use fearful rhetoric in order to justify their actions when they eventually approve an exuberant payment to fund EDL.

“Lebanon could head towards total darkness at the end of the month if Electricity du Liban is not provided with financial aid to buy fuel,” caretaker energy minister Raymond Ghajar stated.

Some politicians have lashed out at this rhetoric with MP Faysal Sayegh calling it “blackmail” and that the government is trying to push the blame on parliamentarians if there are increased blackouts.

This expenditure is likely to increase since Turkey’s Karpowership shut down its two barges off the coast of Lebanon after the government was unable to make the estimated over $100m payments to have the company continue supplying electricity. These ships had previously supplied Lebanon with around a quarter of its current power supply.

“For 18 months we have been exceedingly flexible with the state, continually supplying power without payment or a payment plan, because the country was already facing very hard times. However, no company can operate in an environment with such direct and undue risk,” the company told Reuters.

Caretaker finance minister Ghazni Wazni stated that the country could face “total darkness” without the barges’ supply of electricity and urged the approval of the funds needed to buy fuel.

In response to the barges being shut down, EDL stated that they would be increasing the output from their power plants in Zouk, Jiyeh, and Tyre “to compensate in part for the shortfall resulting from the suspension of the Turkish barges’ production.”

Earlier this month, a Lebanese court issued an order saying that the ships can not leave Lebanon over allegations of corruption, a charge that the company disputes, in a case that is worth potentially millions of dollars. In addition to this, Financial prosecutor Ali Ibrahim stated that the ships would not be allowed to leave Lebanon until the Turkish company pays the state a $25m penalty clause.

Karpowership stated that they are willing to take the issue to international courts.

The edge of a cliff

The power sector has long been viewed as an example of the issues plaguing the small Mediterranean country with the need to reform it often being cited as one of the major steps required to help fix the economic and financial crises.

“The financial and economic crisis cannot be solved without this step and moves to fix the electricity sector will be a critical test of the government’s will to launch reforms,” the International Crisis Group, an NGO which focuses on preventing conflict and shaping policy, noted in a report on how the EU can best help Lebanon.

While Obeid agrees that Lebanon’s power sector needs to be reformed, she argues that there needs to be a wider financial solution in place first. After that, the government could try to relieve some of the pressure on EDL and put more emphasis on renewable energy.

“[The government] should provide as many incentives as possible and encourage people and the commercial and industrial sectors to invest in renewable energy technologies,” she argued. “I know that is something that not everyone can afford in a collapsing economy and a financial crisis but anyone that can actually afford it should be looking into decentralized and renewable energy.”

In addition to this, the government could team up with financers to help provide grants to people to expand access to renewable energy.

For years, politicians have said that they want to reform the sector before they keep throwing money at EDL.

Most recently, MP Yassine Jaber stated, “We made a mistake last year by providing them the funds, expecting reforms from [Hassan] Diab’s cabinet. Do you want deputies to hand them the money [without reforms] and ‘see you next year’?”

After thirty years, though, Obeid is not optimistic about any reforms to the sector as the politicians have perpetually maintained the status quo in spite of a clear need for changes.

“If they were going to do anything, we would have started to see signs of it,” she explained. “They just don’t want to be the ones held accountable for any kind of reforms which would require raising the tariffs so this government isn’t going to do anything. There is no political will to get the IMF to save the country so far.”

In the same 2020 report, the World Bank noted that a major reason for the sector’s hemorrhaging of money was the high cost of maintaining productivity while tariffs remain low.

Other issues cited in the report include operational inefficiency and that even when they charge for tariffs, the “amount billed is not fully collected.”

Currently, Lebanon has not yet passed the point of no return. However, as long as the situation remains the same, it will make it increasingly more challenging to repair the situation in the future since the money that is desperately needed to restart the economy will be significantly depleted, if available at all.

“We’re going to get to a point where it’s going to be absolutely terrible because they run out of money to buy fuel and of any reserves to actually kickstart the economy again and actually do any reforms,” Obeid said. “This cost of inaction, it feels like just maintaining the status quo but with every passing day, this opportunity cost is very very high and will lead to a total collapse in the future.”

With politicians maintaining the status quo and refusing to make any necessary changes, power cuts are going to increase, plunging the Lebanese people and the country further into darkness.

Nicholas Frakes is a journalist with @NOW_leb. He tweets @nicfrakesjourno.