A transition from monthly marker to annual reminder approaches this August, joining a list of unpunished crimes, writes Ronnie Chatah. 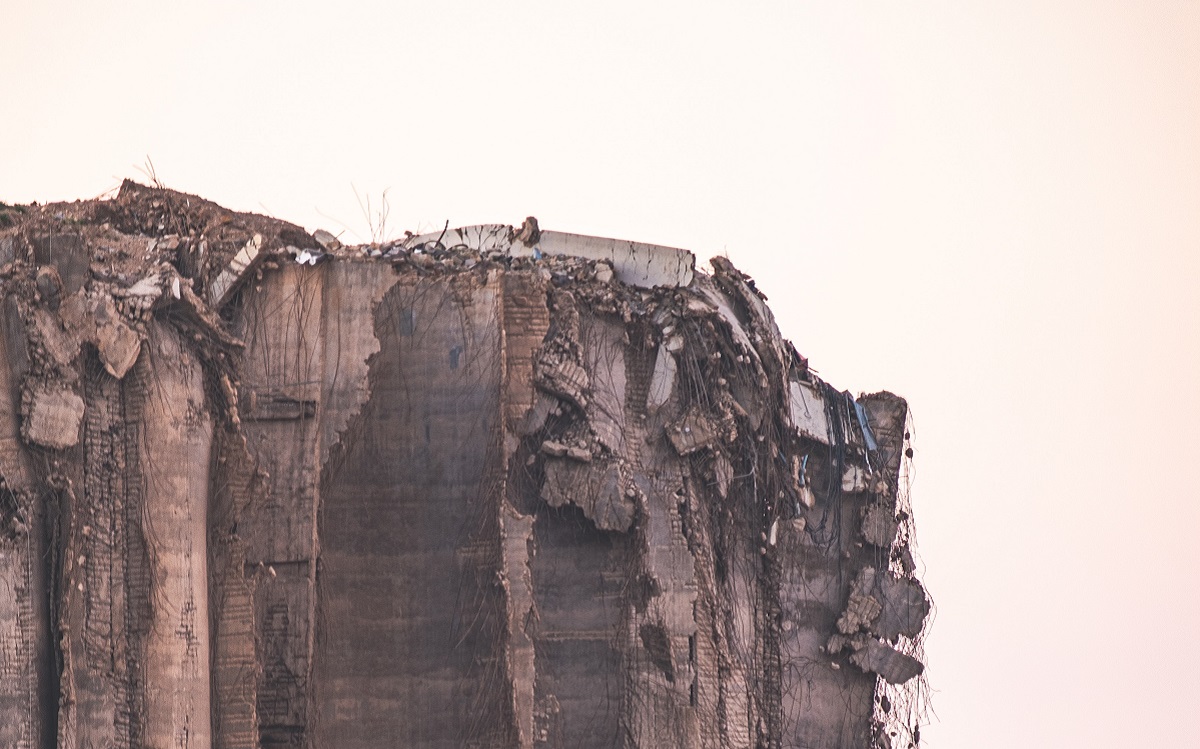 Two markers of murder land on the fourth of each month.

One, a targeted killing, the other a blow to the soul of the city.

From a long list, woven into our current ruin and despair, crimes committed without investigation, of criminal charges never filed, and justice denied its due course.

Conspiracies abound over who killed Lokman Slim. Misinformation on social media complete with Mossad involvement. Elaborate scheming in echo chambers that would matter less had there been a semblance of judicial process. But similar to all assassinations outside of the Special Tribunal for Lebanon’s (STL) timeframe, there have been no investigations into political murders – a fundamental reason for the STL’s mandate.

Lokman Slim founded UMAM, an NGO dedicated to research and documentation of political violence and war, honoring the strength and purpose of collective memory. He was an outspoken critic of Hezbollah, and in his later months accused that group of indirect involvement in the port blast. Five months after his killing, there have been no attempts at investigation. His wife, Monika Borgmann, is calling for UN involvement.

The port blast deserves nothing less. Our capital was targeted. Beirut, itself, was assassinated. A crime of such magnitude that has gone unpunished. We deserve to know all the reasons for the ammonium nitrate’s arrival and storage, the actors that syphoned nearly 2,000 tonnes, and the negligence that left 700 tonnes exposed and insecure alongside other hazardous chemicals and fireworks.

Yet citizen demands for an international investigation have been widely ignored. Offers for assistance from France were turned down by the state. The caretaker government (or whatever you want to call it) accomplished one act declaring August 4 a day of mourning, a marker without answers. Had the STL never been implemented, February 14 would have remained just that.

Despite a constant discrediting campaign by the Assad regime and Hezbollah – alongside local voices setting higher standards of due process than an international court of justice – the STL delivered its verdict last year.

A lackluster moment, perhaps, late in arrival, but one that named Salim Ayyache, a Hezbollah operative involved in political assassinations from 2004 – 2005. A critical first step in holding murderers to account. Even with the STL’s possible closure due to budgetary constraints, the verdict’s value remains. A vital tool in discrediting falsehoods when they abound.

Lokman Slim was killed on February 4 this year. Bullets fired in southern Lebanon, a reminder that assassinations continue well beyond 2005. In late 2013, a car bombing in downtown Beirut took my father’s life in an area packed with cameras and surrounded by internal security posts.

Evidence was available and purposefully ignored. There was no attempt at finding my father’s killers. And the same state eight years later is further bent to a proxy’s security needs, shielding it from a criminal charge.

More than two hundred citizens were killed, and thousands injured. Millions of dollars in damages in a city already suffering. Judges Tarek Bitar, and sacked Fadi Sawan before him, do not have the authority to go after the culprits.

Beyond gestures of temporary arrest and lifting immunity against former ministers – in addition to a request to question the head of General Security Abbas Ibrahim – recent momentum will whimper and fade.

The judiciary lacks effective autonomy to even scratch the surface. Journalists have done more than judges over the past eleven months to expose the Syrian regime’s ties to businessmen with links to the Rhosus ship that offloaded ammonium nitrate in Beirut’s port. Despite their posturing, judges – including those decent and determined – cannot tackle geopolitical crimes committed in Lebanon. When they take one step in that direction, they are removed from their post.

A home in Ghobeiri mourns every fourth with relatives, friends and those with familiar pain. Lighting candles by Lokman Slim’s shrine in the garden of his home, fully aware the passage of time never heals wounds of unjust loss.

And a capital mourns every fourth from the largest non-nuclear blast in modern history. An explosion that decimated infrastructure and tore through neighborhoods, shattering windows across Beirut and killing residents in their homes.

A transition from monthly marker to annual reminder approaches this August, joining a list of unpunished crimes.

Lokman Slim wrote (and fiercely spoke) against societal erosion born from a militia. His choice of words was not to everyone’s liking and his tone could be forceful at times. But his was a personality born with ‘Zero Fear’.

He refused to back down, rare confidence in spite of intimidation at his home and regular threats to his life. He challenged the consequences of impunity and insisted we learn from our violent past. And he paid the ultimate price for his certitude while the criminals that killed him remain free.

A piece of all of us died in the port blast. We were alive months earlier, when generations stood side by side following October 17, 2019, chanting an end to rampant corruption, distrust with the entire political class, and a brave stand against a militia better equipped for perpetual war than institutional reform. Protestors that grew up in a regional battlefield now nearly half a century old, defying the civil war and post-war order, demanding accountability and dignity against retaliation and thuggery.

Months later, markers that recognize crimes without consequence guarantee further societal erosion and decay in a downward spiral of ungovernability to anarchy. A currency increasingly worthless as the black market replaces standard exchange. And a continual flight of many citizens yearning to escape.

A nation under immense pressure to accept the status quo as fate. Pride and protest are all we have left. Measures to counter markers edging us closer to death. A yearning, desperation, for closure, for reclaiming our history and alter this country’s destiny. To get there, justice must finally take its course. With international investigations into both crimes, criminal charges filed and markers of murder behind us, rather than ahead.