More Lebanese are taking the risk of investing in cryptocurrency as the country’s economy continues to collapse. 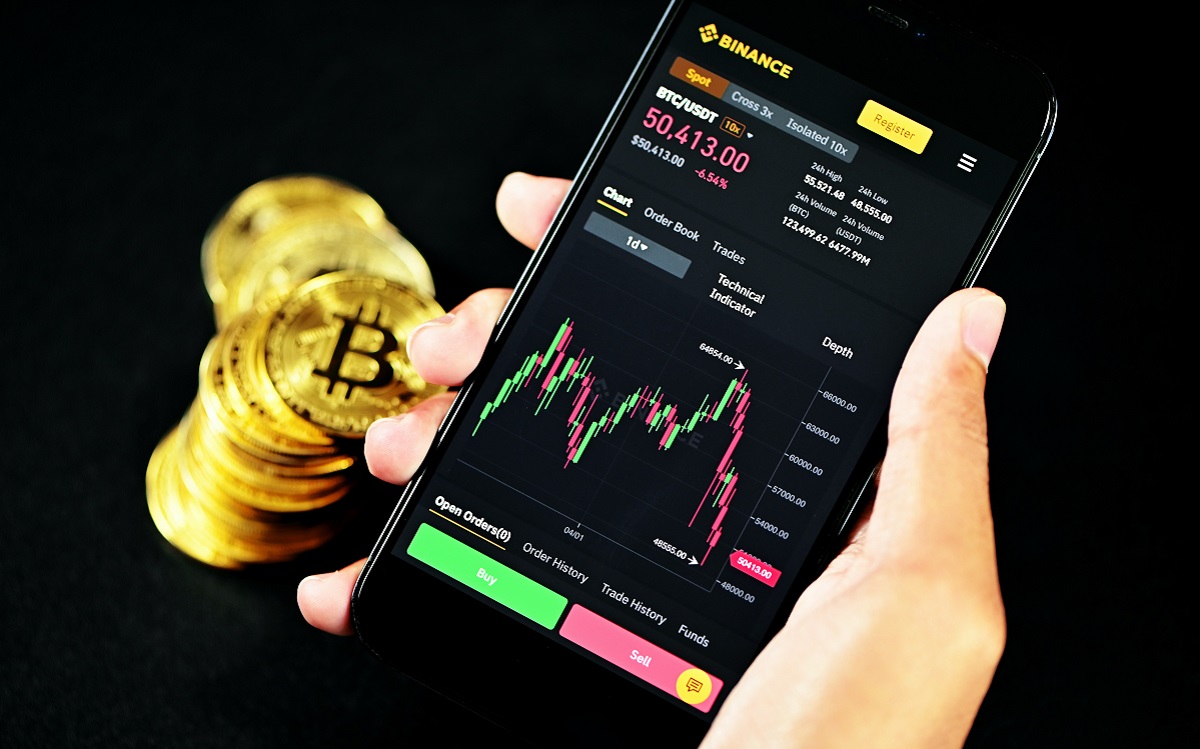 Investing in cryptocurrency has recently gained traction with the Lebanese due to the economic crisis and people needing to make ends meet. Photo: Executium, Unsplash.

Crypto is an addiction. It’s the first thing Mohammad Telyene, a 22-year-old Lebanese crypto-currency investor and fourth-year pharmacy student, looks at when he wakes up in the morning, and the last thing before he sleeps.

His nights have become longer as he fixes his gaze on the crypto app on his phone.

“Sometimes I stay up till 7 am ‘cause the market is going down and I can’t sleep,” he says.

Even university and his exams cannot hold his attention, as he often finds himself checking the market to see if he made any gains or losses.

“Sometimes I have online exams and I open up my phone and start trading,” Telyene explained. “With stock investments, you look at your account once a week or even a month and your numbers aren’t that different, but with crypto every time I refresh my account, it is $100 different.”

His journey into the digital investment world started three to four months ago. His initial $10,000 was soon transformed into $30,000.

However, this early success did not last long.

Hodling until the end

Cryptocurrency is a digital asset that you can “hodl”, a term referring to buying and holding crypto while prices fluctuate inside a digital wallet, that has recently gained traction with the Lebanese due to the economic crisis and people needing to make ends meet. For some, crypto offers a chance to regain financial independence from the banks that have cut access to their funds and limited their dollar transactions, plunging many into destitution in the last years.

Ahmad Ezz, the 38-year-old co-founder of ESDT, a company that specializes in crypto consultancy, trading and mining, explained that he got into the field four years ago upon hearing news of an increase in prices, which made it an ideal time for investing.

He added that it seemed like a potential source for bringing in fresh dollars, much needed due to the economic crisis and the instability of the lira.

“At first we didn’t expect to make money during the first six months,” Ezz told NOW.

“But since the beginning, we were able to cover all our costs.”

When he launched ESDT nine months ago, one of Ezz’s objectives was to educate  new-comers into the world of crypto investing and to help them avoid misinformation coming from social media influencers and fake Telegram and WhatsApp groups that might result in people buying the wrong coin and losing their money.

In addition to investing or trading, two terms used to describe buying or selling crypto-currency, some Lebanese are utilizing gaming computers to mine bitcoin. Through mining, the individual uses the graphics processing unit (GPU) in the computer to monitor crypto transactions and validity and, in return, receive cryptocurrency as a reward, making it a source of passive income.

However, in Lebanon, the demand for GPUs is higher than the supply, which has resulted in dramatically inflated prices.

For Ezz the process is worth the hassle, as he has a backup plan in place in case mining fails.

“I can take these computers and open a gaming center so it’s not really high risk, you can always switch your investment,” Ezz stated.

Despite the May 19 market crash, both Ezz and Telyene still believe that crypto is the way to go.

For Telyene this became a full-time job, having left his work at his dad’s pharmacy to dedicate his time to the world of digital investing.

“A lot of people left their jobs and I’m one of them,” Telyene stated.

“I think a lot of us see that working in crypto and making big profits in US dollars is more profitable than our jobs here in Lebanon.”

He added that in his daily spendings, budgeting has become the norm as he only sticks to absolute necessities.

“My mindset has altered drastically, now I think to myself that this $100 I’m about to spend can turn to $200 if I invest it,” Telyene said. “All of us in the community are like this.”

Ezz considers the future of crypto to be promising as he expects to make a thousand times his initial investment. He also explained that it is providing a way for local traders to get imports that would otherwise require cash dollars from foreign suppliers such as China.

“Local traders are putting around $100,000 into crypto as some countries such as China are accepting payments in digital currency,” Ezz stated.

While utilizing crypto might work for some, it is not necessarily the answer to Lebanon’s woes.

Christophe Abi Nassif, director of the Lebanon program at the Middle East Institute described the newfound interest of Lebanese in crypto as a trend that does not solve the economic crisis at all.

“The crisis in Lebanon is caused by several issues such as monetary policies, public debt issues, banks being insolvent, mismatch between imports and exports etc,” Abi Nassif told NOW. “None of these problems can be solved by some individuals being involved in crypto trading so on a systemic level it does nothing.”

He added that this phenomenon can be termed “a bubble,” when the price of something keeps rising with no justification until the demand on it increases beyond its actual value, resulting in the sudden realization that the product is worth nowhere near what it has been inflated to. That’s  when the bubble bursts.

“First thing they teach you in finance is that if people are hyping up something and joining the craze it’s usually a bad signal,” Abi Nassif explained.

The optimism and general excitement that keeps the Lebanese motivated with crypto trading can be referred to as “survival bias”, a term Abi Nassif used to describe relying on optimism when you are in survival mode and at risk of losing your savings.

“People are being desperate and it’s scary,” he said. “Especially for people like us when the economy crippled us and then we rush to crypto using all our savings to try to salvage some [of our savings].”

Abi Nassif explained that the crypto markets are prone to crashing, such as with the May 2021 crash, recalling in 2017 when the hype around Bitcoin and Ethereum was high and many people were investing right before it came tumbling down.

“What happened with two market crashes shows that it’s scary and people forget these events when people get excited,” he stated.

According to the program director, trading in crypto offers a great strategy to transfer money outside Lebanon which, to him, should be people’s priority to protect their savings.

“When transferring money outside through Western Union where, let’s say, you pay $10 commission,” Dirany told NOW. “Now through crypto you don’t have to do that. So you have $10 that you can spend on something else which goes directly into our economy and fewer hours wasted waiting in line.”

He added that even parents are using crypto to send money abroad to their children.

However, for the most part, it has been used as a money-making investment.

Even the biggest crypto enthusiasts agree with Abi Nassif that anyone interested in investing in the market should educate themselves first before getting involved as it could potentially spell disaster for them.

Not for the faint of heart

Due to the volatility and risk factors surrounding crypto, this makes it a world that one should not venture into unprepared.

Dirany argues that with the wide accessibility to this digital currency by anyone at any time, the average person is more likely to fall victim to mistakes and even scams.

“It is a domain full of risks and you need to be very skillful otherwise don’t even go near it,” Dirany stated. “Only invest if you have extra cash, don’t invest in your bread butter even if you can only spare $10 because you can’t risk losing more than $10.”

Dirany considers the services he offers at his office, such as consultancy, selling crypto and buying crypto in exchange for hard cash, office important. He claims his belief in his work comes not for the profit he makes out of his services, but for their contribution to the community of crypto investors  in Lebanon.

“My main profits come from my day trading and my own investments, the profits from the office are negligible,” he said. “However the idea of providing this kind of service making it accessible and expanding this community is the true profit in the long run, there’s no short-term profit.”

However, for people like Telyene who do not turn to experts, Telegram offers a wide variety of groups that spread daily news, rumors and what is known as “pump and dump” schemes, a process to manipulate the market, where group owners gather members who are told what coin to buy and when to drive up the price, only for the owners to sell and make a significant profit while most others suffer the losses.

Despite the risks posed by investing in the cryptocurrency market, more and more Lebanese are likely to take the leap and explore its possibilities as long as the economic crisis persists.

“It’s a trend and it’s good to use this trend to your advantage in these couple years and make some profit because why not,” Telyene stated proudly. “It’s better to regret losing than to regret not winning.”