The pope has conditioned his visit to Lebanon on the formation of a new government, as the country’s political leaders have been negotiating and refusing to compromise for over 10 months. 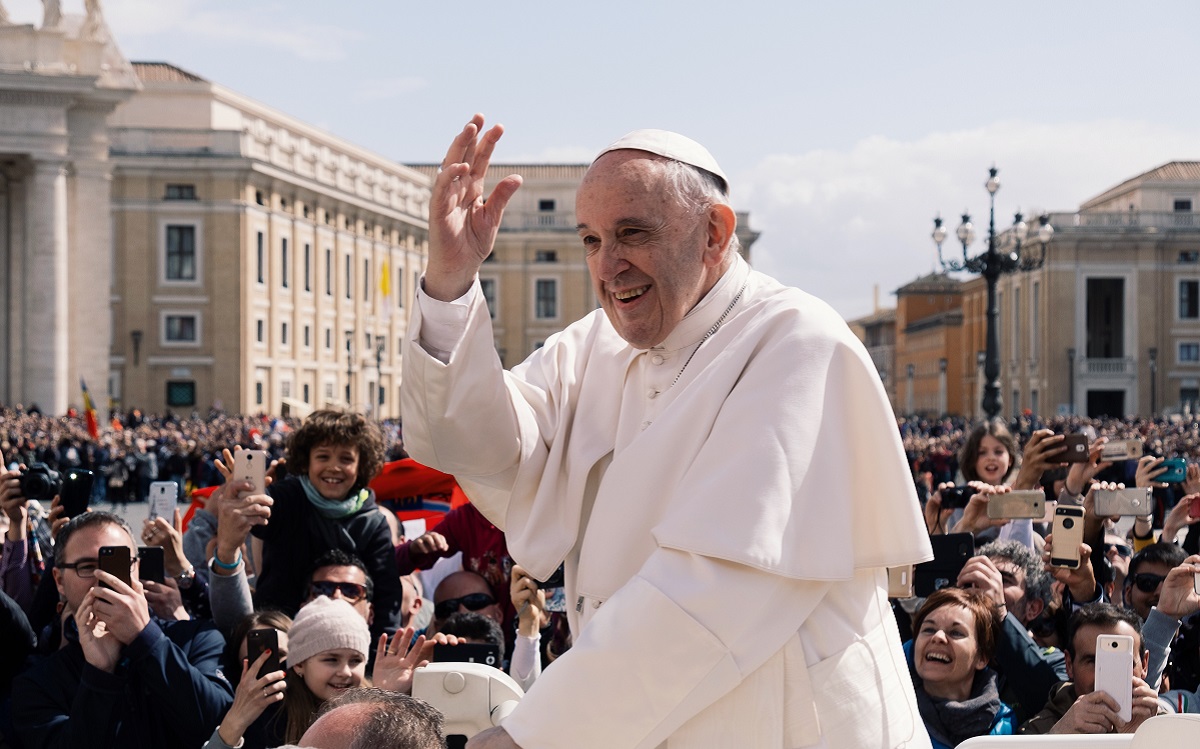 Pope Francis called Thursday for peace and hope for Lebanon’s “disillusioned and weary people” as he met with 10 Christian leaders from a nation caught in an economic and political crisis.

The all-day talks were sparked by the clerics’ “deep concern for Lebanon,” said Francis, adding the Middle Eastern country is “very close to my heart and which I wish to visit.

“In these woeful times, we want to affirm with all our strength that Lebanon is, and must remain, a project of peace,” said the 84-year-old Argentine pontiff.

“Its vocation is to be a land of tolerance and pluralism, an oasis of fraternity where different religions and confessions meet.”

The pope has repeatedly offered prayers for the people of Lebanon, which plunged into crisis after a huge blast in Beirut killed more than 200 people and ravaged swathes of the city last year.

The “disillusioned and weary Lebanese people” were in need of “certainty, hope and peace”, he said.

“Stop using Lebanon and the Middle East for outside interests and profits,” he added.

More than once, Francis has expressed his desire to visit Lebanon, which he has described as an “example of pluralism in both the East and the West” but which he said faced challenges that “threaten the very existence of this country”.

His visit could “perhaps” come at the end of 2021 or the beginning of 2022, preferably after a new government is formed, according to Archbishop Paul Richard Gallagher, the pope’s de facto foreign minister.

Maronite patriarchal vicar Samir Mazloum told AFP that Thursday’s meeting would focus on the emigration of young people and the impact of the crisis on schools, hospitals, families and food security.

Currently “50 to 60 percent of our young people live abroad, there are only old people and children left,” he lamented, noting high unemployment and the collapse in the value of the local currency.

Among those attending the Vatican talks is Maronite Patriarch Beshara al-Rahi, who has been outspoken in criticizing the corruption of the political class in Lebanon.

The day with the pope “will be an important step to help Lebanon remain the home of the Christian-Muslim partnership,” he told the French language daily L’Orient-Le Jour.

Lebanon recognizes 18 official religious sects and its 128 parliamentary seats are divided equally between Muslims and Christians.

For another participant, Cesar Essayan, apostolic vicar in Beirut, “Lebanon is in the middle of an identity crisis” with corruption reaching all sectors of society, including the religious.

“This is a very important moment for us,” he told an online press conference.

An ongoing crisis in Beirut

Lebanese politicians have been entrenched for over 10 months in negotiations to form a new technocratic cabinet after the current Caretaker Prime Minister Hassan Diab handed in his resignation in the aftermath of the August 4, 2020 Beirut port blast. International financial institutions have conditioned a bailout for Lebanon on the formation of a technocratic cabinet.

The Free Patriotic Movement leader Gebran Bassil and President Michel Aoun have not compromised on the request to hold a blocking third in the new cabinet. Efforts of mediation on the part of the Parliament Speaker and Amal Movement leader Nabih Berri as well as international shuttle diplomacy by Prime-Minister Designate Saad Hariri and diplomatic pressure by several European countries as well as the US haven’t helped the process.

Hariri visited the Vatican and met with Pope Francis at the end of April, when the Pontiff announced he would visit Lebanon only when the government is formed. He later invited Christian leaders, including politicians, to join him in a day of prayer for Lebanon. However, only clerics attended the meeting in Rome.

“President Aoun is following live on television the events of Pope Francis’ opening of the “Day of Meditation and Prayer for Lebanon”, in which the heads of the Catholic and Orthodox Christian denominations in Lebanon will participate, the tweet said.

The head of the Free Patriotic Movement, MP Gebran Bassil, tweeted that “the presence of Christians in Lebanon is linked to their role. If the role is no longer present, the Vatican’s treatment of them with less than that will cause them severe damage, the least of which is their complete emigration.”

“The role of the Vatican is pivotal and moral, they do not need someone to impose their presence, but to recognize their role. The Holy See is able to mobilize their strength, so they can be assured of their tomorrow,” he added.

Saad Hariri also tweeted about the event. “It is not surprising for the Vatican City that Lebanon remains in its heart, through this auspicious invitation addressed by His Holiness Pope Francis to ten spiritual leaders, with the intention of helping Lebanon out of its difficult reality. We hope that this meeting is crowned with success, with the prayers of all the Lebanese to protect their common life and for our country to enjoy the visit of His Holiness the Pope as promised,” Hariri wrote on Wednesday.