Probe at a crossroads

As the Beirut blast investigation faces more political hurdles, analysts and legal experts say the international silence and preference for stability over justice may destroy all that is left of the credibility of Lebanon’s justice system. 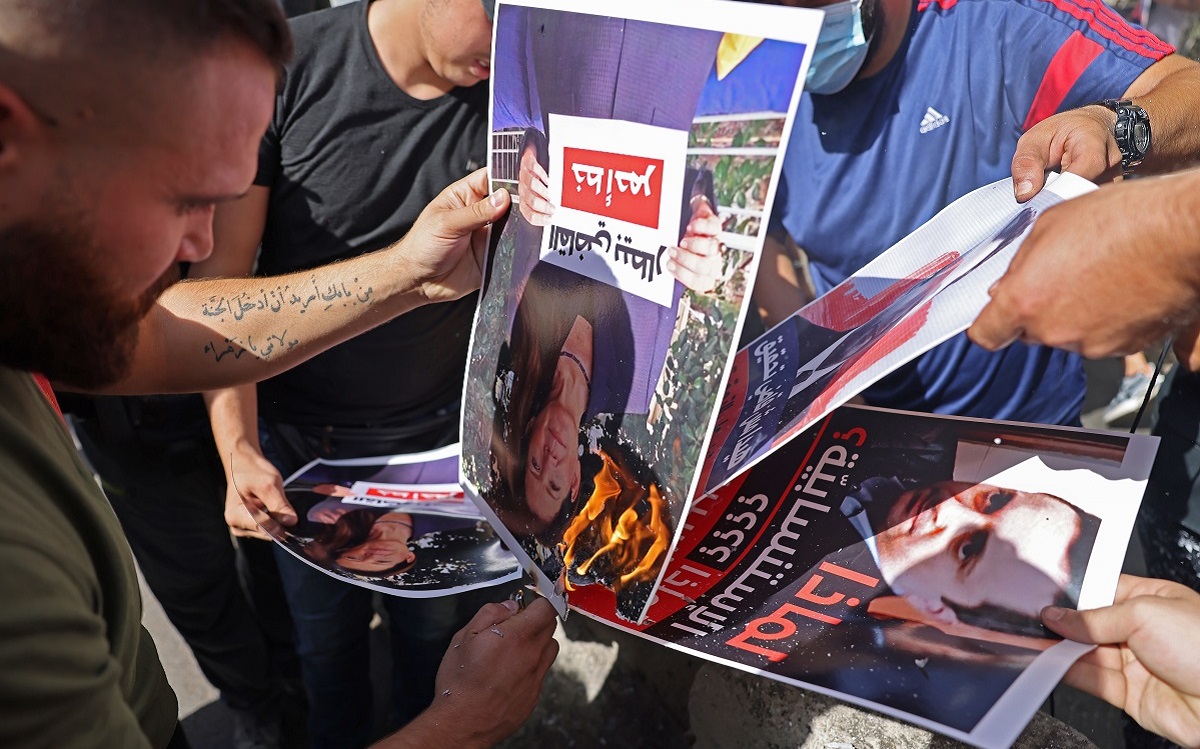 Supporters of Hezbollah and the Amal movement burn a portrait of Judge Tarek Bitar, the Beirut blast lead investigator, and US Ambassador to Lebanon Dorothy Shea near the Justice Palace in the capital Beirut on October 14, 2021, during a gathering to demand the Judge's dismissal. Photo: Joseph Eid, AFP.

It was supposed to be a protest called by Hezbollah and Amal Movement in defense of Ali Hassan Khalil and Ghazi Zeaiter, two Amal MPs and former ministers who had been summoned for questioning as suspects in the Beirut blast.

But it ended with seven deaths and scores of people wounded.

On August 4, 2020, the explosion of hundreds of tons of weapons-grade ammonium nitrate improperly stored in the Beirut port killed over 200 people, wounded over 7,000 and left several neighborhoods of the Lebanese capital in ruins. But the investigation that followed has dragged on for over a year, with various political forces obstructing any attempt by magistrates to charge former dignitaries and security officials.

The head of the probe, 47-year-old judge Tarek Bitar, has been at the core of protests, both by victims’ families, which have demonstrated and campaign in his support and, on October 14, by Hezbollah and Amal who bussed supporters to the Palace of Justice to call for Bitar’s dismissal.

In fact, the two Shiite factions, as well as the Christian Marada party, whose member Youssef Fenianos, former Public Works minister was also charged in the probe for negligence, blocked the newly formed cabinet in order to pressure Prime Minister Najib Mikati to dismiss Bitar, accusing the judge of being influenced by the United States and acting for “foreign interests”.

Lawyer and executive director of Seeds for Legal Initiatives Layal Sakr told NOW that it was not a matter of delaying the investigation, but of stopping it altogether.

“They [the politicians] will do anything possible to drag this out indefinitely and will use every loophole there is in the law,” Sakr told NOW.

The constant game of complaining to the Supreme Court and accusing the magistrates of bias will eventually lead to disempowering the judicial system and opening up doors for future defendants to follow suit, she added.

Blocking the probe at any cost

The chief investigator in the Beirut blast case, Tarek Bitar, has so far survived several attempts to have him removed  from the inquiry, both legal and political.

Several MPs who he called in for investigation as suspects in the case have filed complaints at various courts accusing him of political bias. Amal’s Hassan Khalil and Ghazi Zeaiter, Marada’s Fenianos, as well as Future MP and former Interior minister Nohad El Mashnouk submitted complaints against Bitar at the Appeal Court and the Supreme Court. All have been rejected.

On October 12, the day MP Khalil was summoned for questioning in the investigation and failed to be present at the prosecutor’s office, Bitar issued an arrest warrant against him. But a few hours later he was notified officially of the case against him at the Supreme Court. It meant that the investigation was suspended again until the court ruled over the case. It also meant that the two hearings he had scheduled for Wednesday, October 13, with MPs Mashnouk and Zeaiter were also postponed.

All the procedural hurdles and complaints also come amid growing calls from top officials, including Hezbollah chief Hasan Nasrallah, to replace Bitar.

Nasrallah accused Bitar of bias in a speech on Monday, saying “things cannot go on this way”.

On Tuesday evening in an interview with Al-Mayadeen television, Hassan Khalil threatened a “political escalation, perhaps of a different kind”, if the course of the investigation “was not rectified”. He warned against resorting “to the street”.

On Wednesday, the cabinet postponed another meeting indefinitely, as Hezbollah, Marada and Amal ministers threatened to leave the government. Meanwhile, President Michel Aoun as well as Prime Minister Najib Mikati had expressed on various occasions their support for Bitar’s investigation.

On Thursday, however, as Hezbollah and Amal supporters were bussed to the Palace of Justice, the Supreme Court decided to reject the cases against Bitar and reactivate the inquiry. This resulted in armed clashes between Hezbollah and Amal gunmen and snipers from the Christian neighborhoods surrounding the area of Tayyouneh.

US Undersecretary of State for Political Affairs Victoria Nuland was in Beirut on Thursday, pledging another $67 million aid for the Lebanese Army. Nuland slammed the unrest, calling it “unacceptable”.

Reactions from various international stakeholders were also fast to appear on Tuesday night, as Hezbollah and Amal threatened with protests and pressure the cabinet into firing Bitar.

The European Union urged the Lebanese government to complete the investigation as soon as possible, while demanding that the probe should be impartial, credible, transparent, and independent.

“The investigation should be allowed to proceed without any interference in legal proceedings and those responsible for this tragedy should be held accountable,” said a statement issued by the EU delegation to Lebanon.

“Judges must be free from threats and intimidation, including (Hezbollah’s),” Price said. “We’ve long been clear that Hezbollah’s terrorism and illicit activities threaten Lebanon’s security, stability and sovereignty.”

They consider this not a good time to destabilize the country […] and their priority is definitely not to open up an international investigation as it would be too costly for all parties involved.
Imad Salamey, LAU

But despite calls by families of victims of the blast as well as international human rights organizations for an international impartial investigation or, at least, a fact-finding mission, have not found any international partners determined enough to submit an official request for a probe at the UN Human Rights Council.

The reason,, according to Imad Salamey, professor of international relations at the Lebanese American University, is political. The international community, including the main stakeholders such as France, the US and even Russia, simply decided that short-term stability in Lebanon was more important than a long-term justice process that promised to bring more unrest to a country already suffering from a severe economic crisis.

“They consider this not a good time to destabilize the country […] and their priority is definitely not to open up an international investigation as it would be too costly for all parties involved,” he said.

“Countries want to protect their allies, Russia could face questions surrounding its relationship to the stored ammonium nitrate and the probability of smuggling it to Syria to aid the regime bomb civilians, and European countries would want to avoid any turmoil in the country that could lead to a wave of Lebanese refugees,” Salamey added.

Moreover, he said, many countries, including France, called for a clean local investigation while still meeting with the corrupt politicians that are trying to block the case by all means – be they political or legal.

Sakr also pointed out that France did not cooperate in the past when asked for satellite imagery of the explosion. The excuse was that the satellite was on the move towards Cyprus at the time.

The history of the Special Tribunal for Lebanon, an international hybrid court set up in 2006 to investigate and prosecute the perpetrators of the bombing that killed Lebanese PM Rafik Hariri and 22 others in 2005, is also not encouraging. The court took 13 years to sentence one perpetrator, a Hezbollah member, in absentia, acquitting the others accused. The trial cost nearly $1 billion, of which Lebanon paid 49 percent.

Options to relay the case to the International Court of Justice or the International Criminal Court are also far-fetched, according to experts. The ICJ settles legal disputes submitted by states and gives advisory opinions on legal questions referred to it by authorized United Nations specialized agencies.

Lebanon is also not a signatory of the ICC treaty, therefore that door is closed.

Salamey considered that the only plausible solution was the fact-finding mission of the United Nations, which families and international human rights organizations are already petitioning and lobbying for.

The UNHRC would hire independent investigators to pursue the case and to explore the circumstances surrounding the day of the explosion.

“They would come and establish facts on the ground but we would first need 24 members out of 47 to approve of the formation and dispatch of the fact-finding mission. In order to start, however, you need a single member state to bring the case to the table,” he explained.

Which country would muster the guts to do so was still unknown, although representatives of several states, including Germany, mentioned the dire state of Human rights in Lebanon following the explosion.

Some civil society groups were calling for international experts to join in but for this to actually work, we would need the government to set an official request from the international committee or existing members would need to do so.
Layal Sakr, Seeds

Sakr agreed with the notion that international experts should be hired in parallel to the local investigation to aid and quicken the process.

“Some civil society groups were calling for international experts to join in but for this to actually work, we would need the government to set an official request from the international committee or existing members would need to do so,” the lawyer said.

The case appeared then to be stuck between two parties that didn’t favor anyone to be held accountable.

“If these countries truly wanted to help, they’d start with satellite images. This is how you know we’re completely abandoned,” she added.

The expectations still rely heavily on Bitar’s investigation. Even if the judge showed real invested interest in pursuing justice, Sakr considered other aspects of the case worthy of the same priority as pursuing alleged corruption and negligence in service.

“We wish for the investigation to shed light on the ship that dropped the ammonium nitrate in our port to know the full story behind it, and the circumstances surrounding it,” Sakr explained.

The investigation, although it survived the legal hurdles, is now at a crossroads politically, with PM Mikati and president Aoun facing a hard choice: the probe or the government.

Both Sakr and Salamey claim that the case could bring about more strife to Lebanon, which no one seems to want.

Sakr also made the point that, with a Lebanese justice system with its hands tied by various immunities, the country never adhering to the ICC has definitely served the politicians’ case.

“You’d have to ask the government why we never joined the ICC but I assume the corrupt would not want to be held accountable for all their war crimes during the civil war and everything else that ensued,” Sakr explained.

For Salamey, the investigation now became a battleground between the judge and the ruling class.

“There is pressure on the political establishment to preserve some of its legitimacy through its cooperation with the judge but I think they will keep dragging because they fear where this cooperation might lead them to,” he said.

For Sakr, the dance around the investigation, the complaints at the Supreme Court, the immunities and all the political pressure and accusation have become a long-term game meant to eventually bury the probe.

“If the government does not give [Bitar] more power then it would become the people’s job to protect him and this is what’s happening,” Sakr pointed out. “No voice should be louder than [the victims’ families’], it could have been any one of us that day,” Sakr said. 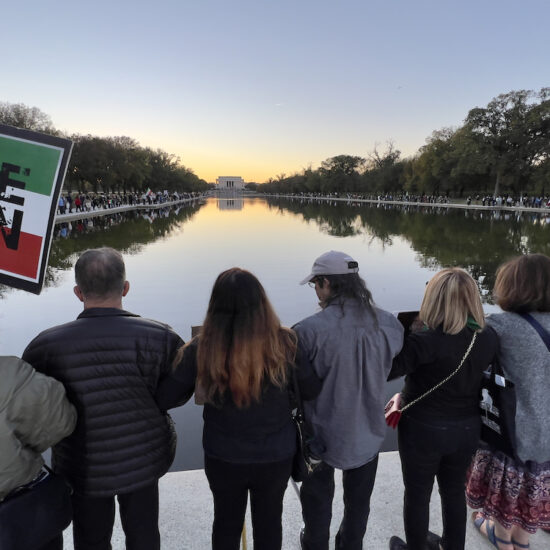 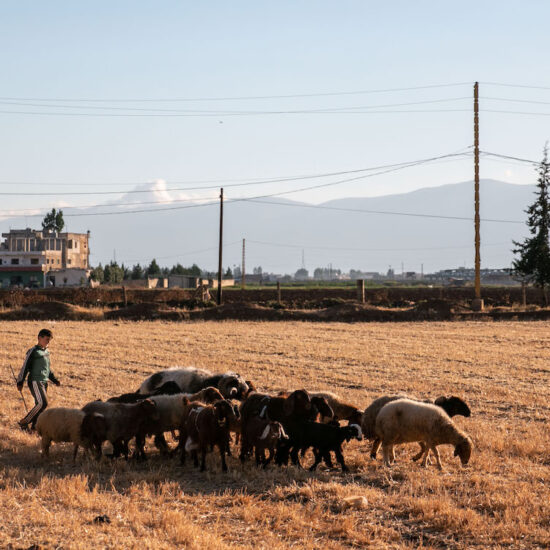