The protesters stormed Minister of Interior Mohammad Fahmy’s house, whom they say they hold accountable for not signing a permission for high-ranking security officials to be prosecuted in the Beirut Blast case. 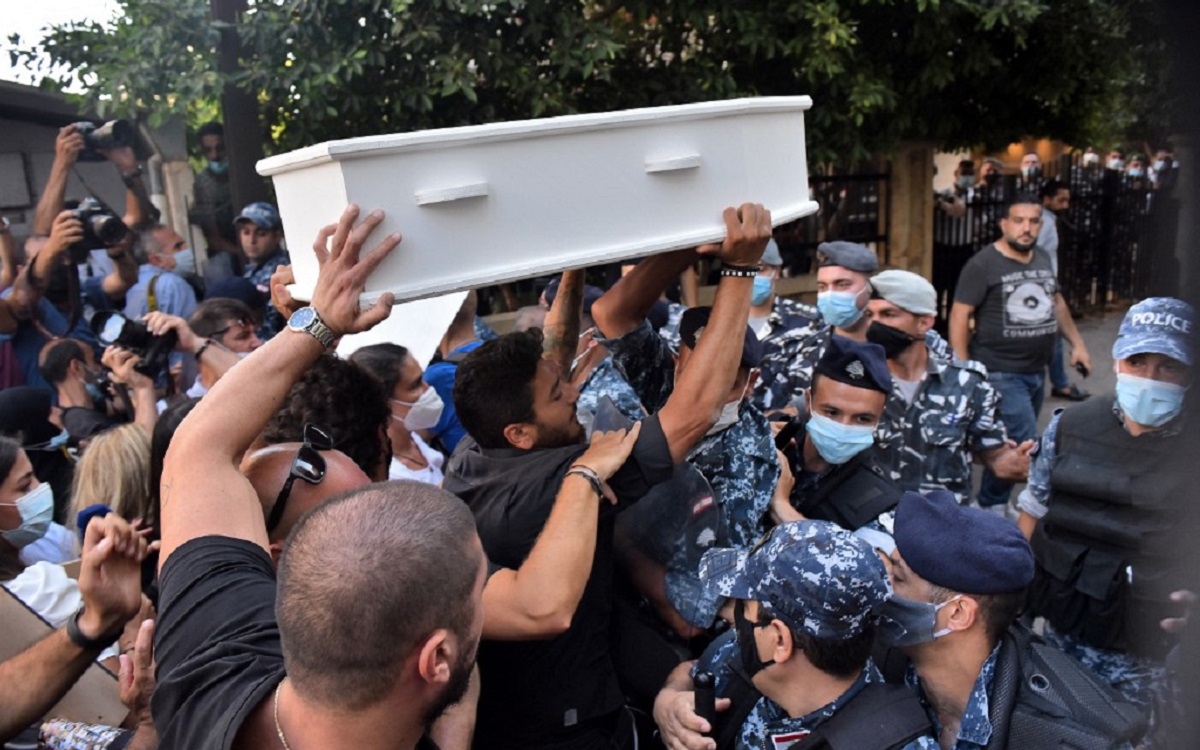 Demonstrators and families of the Beirut blast victims gather with empty coffins for a protest outside the residence of Lebanon's Interior Minister in the Qoraitem neighbourhood of western Beirut on July 13, 2021. Photo: AFP

The protests, called for by relatives of the victims of the August 4 blast, swelled by the evening, with dozens of demonstrators streaming in to join families storming Fahmy’s heavily guarded Beirut home.

The angry crowd, demanding accountability as the anniversary approaches of Lebanon’s worst peace-time disaster, were pushed back by riot police who swung batons and fired tear gas to disperse them.

AFP correspondents saw a man with a bleeding wound on his head after he was beaten by security forces, and paramedics treating protesters for tear gas suffocation.

The detonation of a huge stockpile of fertilizer at the port last summer killed more than 200 people and wrecked huge swathes of the capital.

An investigation launched in the wake of the tragedy has yet to hold any officials to account.

Earlier this month, Fahmy rejected a request by the judge investigating the blast to question Abbas Ibrahim, head of the General Security bureau, one of the country’s top security agencies.

“By refusing to lift Abbas Ibrahim’s legal immunity, the interior minister is standing between us, the relatives of blast victims, and justice,” said Paul Najjar, who lost his three-year-old daughter Alexandra to the explosion.

Fahmy “is killing us a second time,” he told AFP outside the minister’s home.

During Tuesday’s angry protest, relatives tore off the gates at the entrance to Fahmy’s apartment building, as well as displaying portraits of the deceased in a makeshift shrine and piled up white coffins nearby.

“These are the coffins of our children,” Najjar said.

The stand-off, which started in the afternoon, escalated with the arrival of dozens of angry demonstrators after sunset.

Protestors chanted: “the people demand the overthrow of the regime!”

Last month, rights groups including Amnesty International and Human Rights Watch called for a UN investigation into the explosion, in light of Lebanon’s stalled probe.

Lead judge Tarek Bitar is demanding that parliament lift the immunity of three former ministers so he can proceed with investigations but lawmakers have requested more evidence before deciding on whether to waive immunity.

In February, Bitar’s predecessor as lead judge in the probe was removed by a court, which had questioned his impartiality because his home had been damaged in the explosion.

Diab resigned in the wake of the explosion but has stayed on as caretaker prime minister as the country’s bitterly divided political leaders wrangle over a replacement for his government.