The fire in the forest area of Qubayyat, North Lebanon, was still raging on Thursday, as governmental agencies struggled to contain it. 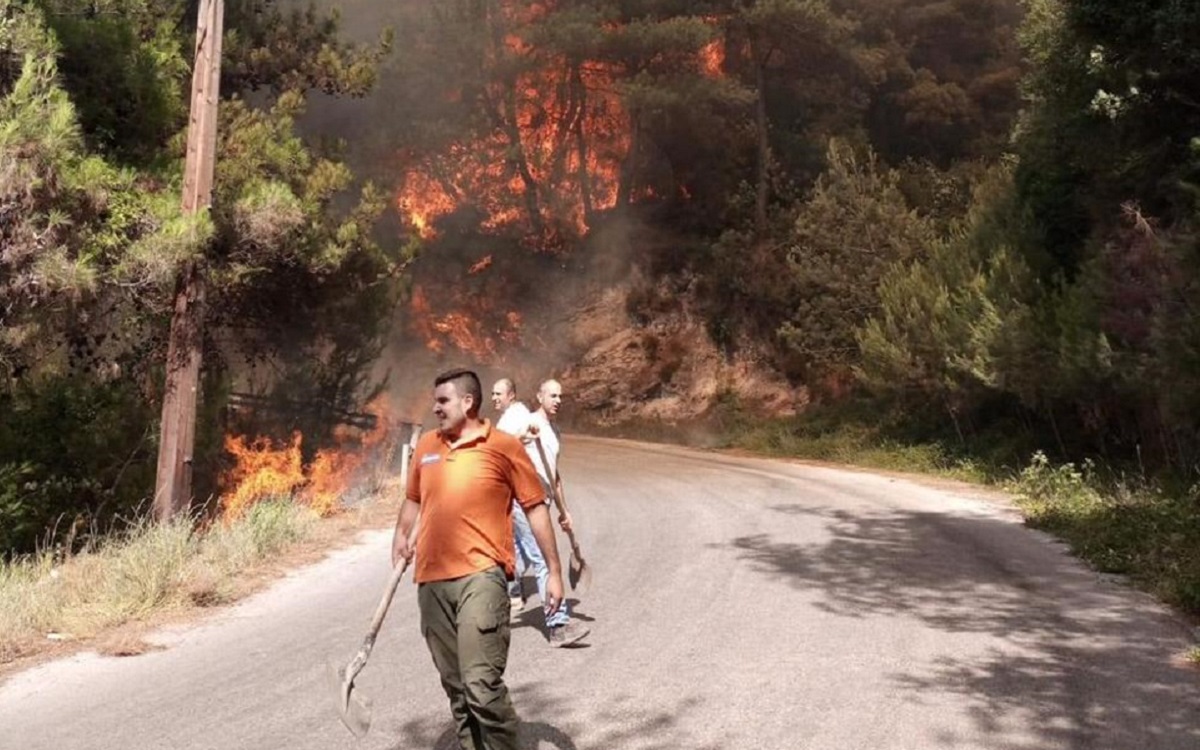 The wildfire continued to spread on Thrusday. Photo: NNA.

A teenager was killed as he joined volunteers battling forest fires in northern Lebanon, where firefighters were struggling Thursday to protect homes from the blaze, AFP reported.

The 15-year-old was one of several residents of the Qubayyat area in Lebanon’s remote Akkar region “who rushed to the scene to help douse the flames,” Lebanese Civil Defence said on Wednesday.

The government sent helicopters but struggled to contain the fire, which was still raging on Thursday.

According to the Lebanese Red Cross, another eight people were hospitalised as a result of the fire. It also said that 17 households  were evacuated.

“The situation on the ground is frightening,” Agriculture Minister Abbas Mortada told AFP. “The fire is huge, it has destroyed vast forested areas and is now threatening homes.”

In October 2019, Lebanese authorities struggled to contain devastating wildfires, in what was seen as evidence of the state’s incompetence and was one of the triggers of an unprecedented, nationwide protest movement.