The American University of Beirut, US soft power in crisis

The education institution that fielded many of the women and men who led transformative political and social movements throughout the region should not be allowed to become collateral damage to the decrepit political system that surrounds it, writes Makram Rabah. 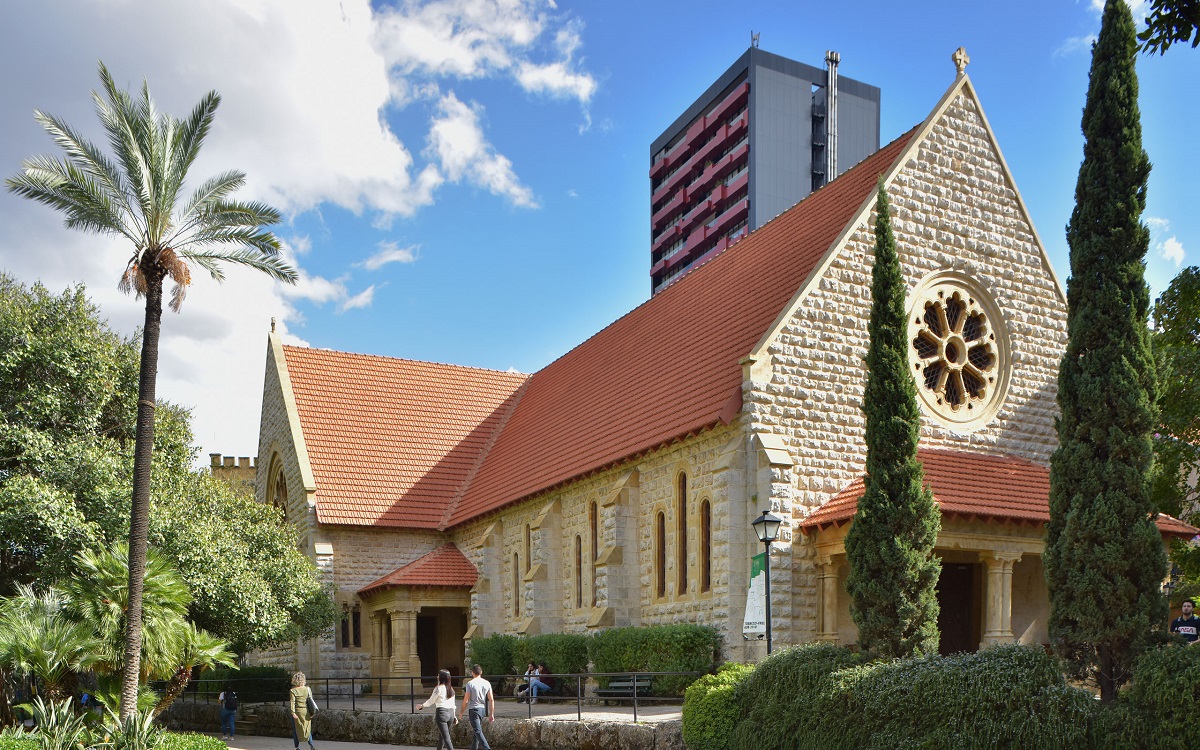 For the [American University of Beirut] AUB to have survived the test was enough of an accomplishment. For more significant, however, was the manner of the survival.

The AUB, subjected to one hardship after another, did not merely continue to stand while the city around it was crumbling to ruins…. More important, the University and its hospital operated for sixteen years far beyond the call duty, the rump that remained of the faculty and staff rendering countless services to the community which seemed, at the time, abandoned by the world.

The AUB, in those terrible years stood as a bastion of hope amidst the surrounding despair, playing a leading part in the defense of a helpless civic society against forces which were out to destroy it.

With these passionately crude words, Lebanon’s foremost historian, the late Kamal Salibi, addressed the AUB Board of Trustees in 1990, speaking on behalf of his colleagues to remind the world of the plight that the AUB community had to endure during the Lebanese civil war to save one of the region’s oldest pillars of knowledge.

Salibi’s words hold true today, but with a gloomier and more ominous tone, as Lebanon and AUB’s current predicaments put this beacon of liberal thought at stake.

AUB has recently declared that it has relocated $100 million from its overseas endowment to assist with academics and staff salaries, and to be able to pay them partly in US dollars.

Yet such a move from the part of AUB will not be enough to maintain the renowned institution as long as the western world, and particularly the current Biden administration, do not step up and save what remains of American soft power.

Founded in 1866, as the Syrian Protestant College, AUB has fielded many of the women and men who led transformative political and social movements throughout the region, and have helped Lebanon acquire its reputation as an enclave of liberal thought and education. The ideas, social values and democratic culture that AUB stands for make it a source of Western, especially American, soft power not only in Lebanon, but in the region.

In the mid 1970s, AUB became synonymous with radical leftist agitations and anti-imperialism pro-Palestinian activism earning it the name “Guerrilla U”.

Despite the diversity of its student body and the service it has provided throughout the years, many of AUB’s detractors accuse it of being an elitist club which only caters to the financially privileged, and even go so far as to accuse it of being just a platform to promote American foreign policy.

The toxic environment created by this political system and its current lords has always been a challenge to the Lebanese, who out of necessity adopted many innovative survival tactics, a craft perfected during the fifteen years of Lebanon’s civil war 1975-1990.

Such unmerited accusations tend to neglect the many occasions of AUB’s confronting of the successive US administrations, most recently Trump’s travel ban, and his predisposition against the Palestinian cause and the peace process.

When America’s foreign policy itself went astray from its own soft power values, AUB was there to confront it.

Above all, academic institutions tend to be generally a hotbed of anti-establishment rhetoric, and while the administration might often wish to enforce its policies, it is virtually impossible to coopt the majority of the student nor the faculty body.

Despite the claims of many of its detractors, AUB’s current economic hardship is not self-inflicted, but rather a byproduct of the Lebanese political and economic meltdown which was exasperated by the recent outbreak of the Covid-19 virus, forcing all educational institutions to revisit their budgets and functionality, or face the same fate of prominent colleges such as 174-year old MacMurray College which was forced to close May 2020.

Lebanon’s centennial celebration last year was a somber affair as the country confronts an unprecedented economic and political crisis, the product of years of operating under a 19th-century clientelist system that has been abused by the political elite and the public at large.

Originally based on a 1943 power-sharing formula, the founding fathers of this merchant republic deemed neutrality as necessary for the propagation of a liberal economic system that provided banking and other financial services to the region.

The toxic environment created by this political system and its current lords has always been a challenge to the Lebanese, who out of necessity adopted many innovative survival tactics, a craft perfected during the fifteen years of Lebanon’s civil war 1975-1990.

But this time around, things are frighteningly different. Faced with a staggering $93.40 billion national debt, the country is isolated by the wealthy Arab Gulf states due to Iran’s proxy militia’s- Hezbollah- hegemony over its political system.

The chances of an international or regional bailout are absent or perhaps insufficient at this stage, and what is missing is a comprehensive plan to treat the toxicity of the system to allow for a just and sustainable economic system to rise up again.

Such realities have forced many entities to come together to face this existential challenge, amongst them, the University of Saint Joseph (USJ) and AUB, as their memorandum of understanding signed in January of 2018 forewarned of the crisis to come.

Long considered to be the ideological antithesis of AUB, USJ fielded many of the right-wing nationalists and Lebanese particularists. However, their alliance came from their mutual conviction that the Lebanese system, which they have ironically helped create, is no longer viable, and that the whole Lebanese political system requires a transition into a modern governance structure that treats people as citizens rather than vessels or members of their respective sects and tribes.

Consequently, when the nationwide revolution broke out against the ruling establishment on October 17, both universities, faculty and students, energetically participated and even led the charge calling for reform and the appointment of a new transitional government to lead the country towards a modern political system. Daringly, presidents of both institutions were openly supportive of the revolution and issued a joint statement asking:

The Lebanese official authorities must embrace the new spirit carried forward by all Lebanese who call for unity and for working hand-in-hand to build a civil state that goes beyond confessionalism and interest-sharing, stands up for the values of freedom, brotherhood, equality and justice, and ensures the respect of the rights and the duties for all.

AUB should not be allowed to become collateral damage to the decrepit political system that surrounds it, and the duty of its preservation rests on its 70,000 alumni, as well as the Lebanese and the international community.

While this valiant stance earned AUB and USJ the respect of the majority of the Lebanese, it equally mustered the sullenness of the ruling elite which can only survive incubated in a sectarian confessional system such as the one Lebanon currently operates under.

Judging from the turn of events, Lebanon’s chances of enduring the current crisis are minimal at best, yet there is a list of things that are worth saving, and AUB ranks on top.

AUB should not be allowed to become collateral damage to the decrepit political system that surrounds it, and the duty of its preservation rests on its 70,000 alumni, as well as the Lebanese and the international community.

What is required is not merely the financial subsidies to ensure the continuity of the educational institution, but above all a renewal to the commitment of protecting AUB from the current Lebanese political turmoil and support the next generation of graduates who will build their future country and prevent it from being governed by people who are politically, and above all, morally bankrupt.

However one wishes to read the history of AUB, it confirms how liberal values and Western soft power can be more transformative and rooted tools of change in a region that has unfortunately been forced to get used to conflict as a way of life.

AUB should never be left alone in its fight against the many demons and so-called saints, and while the region can certainly do without its wheeler-dealer ruling elite, one cannot imagine Lebanon nor the Middle East without AUB.