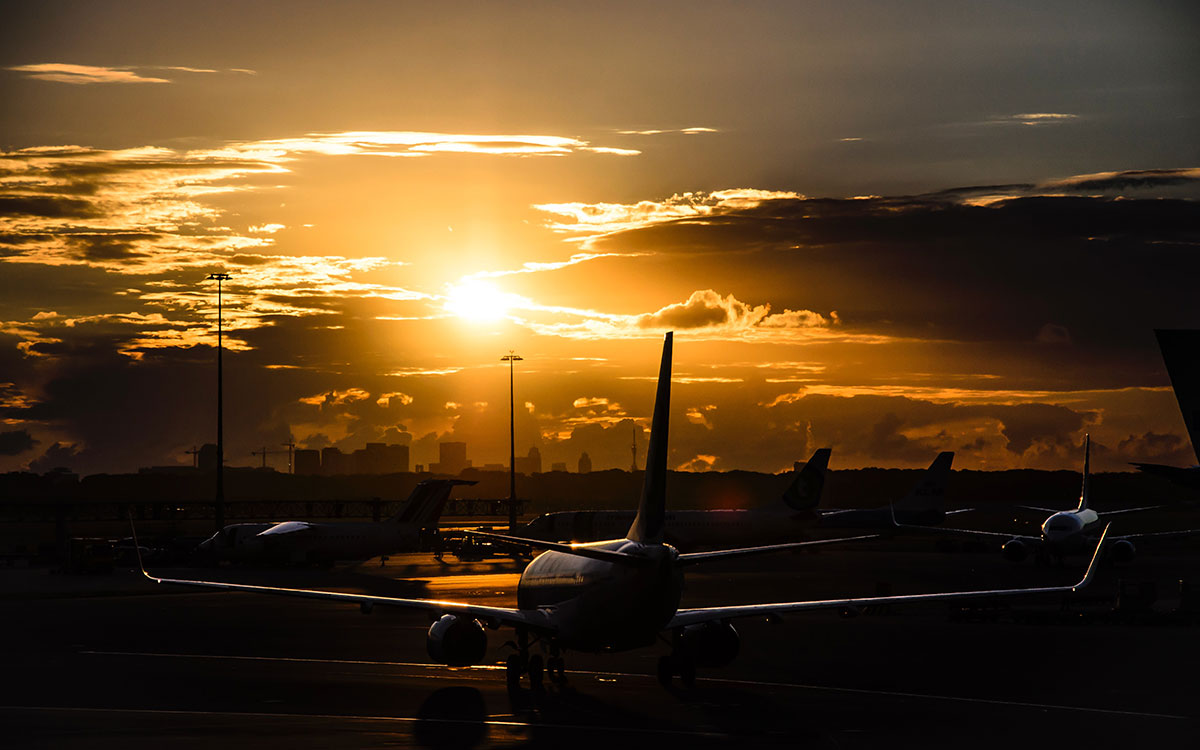 Although the current crises facing Lebanon have intensified this effect, intermittent waves of emigration are nothing new. PHOTO: Ramon Kagie, Unsplash

If the last year has been a difficult time for most countries around the globe, it has been devastating for Lebanon.

The end of 2019 saw a nascent financial crisis followed swiftly by a massive wave of popular uprisings seeking an end to the political system that many feel has squandered the future of Lebanon through graft and corruption, only to be met by the COVID-19 pandemic and one of the largest non-nuclear explosions in history at the Port of Beirut, devastating the city and deepening the wounds of betrayal and mistrust dealt to the people by the institutions in control of the country.

As it stands now, crumbling infrastructure, high unemployment and a staggeringly devalued currency leave an increasing number of Lebanese from all economic and social strata unable to lead the lives they have enjoyed for most of the last several decades, and many are looking for a way out.

“The chickens in Lebanon want to leave,” said Dr. Guita Hourani, the director of the Lebanese Emigration Research Center at Notre Dame University in Zouk Mosbeh. “So if the [U.S. Navy] 6th Fleet comes to our shores, the chickens will beat us to the ships. Why? Not only disappointment, disgust, we are disgusted in what’s going on.”

“Youth are talking about this a lot, it’s beginning to start to show in art and everything that we see,” said Lebanese pop musician Zef, who with Anthony Khoury recently released “Leish Baddi Eb’a,” or “Why Would I Stay,” a song about the pain faced by thousands as they detach from loved ones and move abroad.

Solid data on immigration is hard to come by for Lebanon, but the most recent count by the World Bank in 2017 shows a net loss of 150,000 people, and the United Nations World Population Prospects report projected a loss of 4.49 people per 1,000 in 2020.

Unavoidable in any discussion of an exodus from Lebanon is the ever-present issue of brain drain, or as Dr. Walid Marrouch, associate professor of economics at the Lebanese American University defines it, “the loss of human capital to emigration, especially skilled or highly skilled human capital.”

“It is becoming part of us”

Many fear a future with fewer doctors, engineers and even entrepreneurs as they flee the country in search of opportunity. Though the current crises facing Lebanon have intensified this effect, intermittent waves of emigration are nothing new.

“I would say in the last 150 years, it has become part of our social fabric, our psyche, our aspiration, it is becoming part of us,” said Dr. Hourani, an emigrant herself, who left Lebanon in 1983 to study but returned to be closer to family when a position at her university opened up.

“Historically it [emigration] acted like a safety valve for the Lebanese economy, whenever unemployment increased emigration was like the safety valve to release the pressure,” agrees Dr. Marrouch.

In fact, he explained, the growth and success of the Lebanese diaspora across the globe helped contribute to the power of Lebanon’s now collapsing banking sector, through foreign currency remitted to family members and enterprises back home.

Add this to the fact that the diaspora has stepped in at vital moments, like the aftermath of the Beirut blast and the COVID-19 pandemic, to provide donations, essential items like oxygen machines and services like free virtual mental healthcare, and it’s easy to see why the government has never intervened to stop brain drain in a significant way.

“I had a long discussion with my colleagues at LAU, I think we almost reached the conclusion that the ultimate policy of the Lebanese authorities is to promote emigration,” he said. “If you think about it in a Machiavellian way, if I am a Lebanese chieftain, I don’t want X to be in Lebanon earning Lira, I want X to be out abroad earning dollars and sending them back to the system.”

With the banking bubble now burst, the push factors that traditionally drive emigration, unemployment, economic hardship, and poor infrastructure, have never been stronger. Increasingly, the country’s best and brightest are faced with the heart-wrenching decision to leave those they love and the life they’ve known for a chance at security and predictability.

Joseph, a 27 year old medical student at Saint Joseph University in his final year, currently interning at Hotel Dieu de France hospital in Beirutis preparing himself for a move to Germany, where he will work and continue his education. He plans to specialize in surgery, though he hasn’t decided yet on which kind.

“Germany was a good option because they lack some medical professionals,” he said. “All I have to do is learn the language, and I thought to myself it’s the easiest thing to do. Even if I have to learn German it would be a better option than living in Lebanon.”

Like many, he spent his life diligently saving for retirement, only to watch his nest egg evaporate overnight between a bank-imposed 3850 LL to $1 USD withdraw rate, and a soaring black market exchange rate that appears to have no ceiling. When he began his sixth year of medical school, he said, leaving Lebanon wasn’t even on the horizon, but just a short year and half later, he is determined to get out.

“Mostly I’m going just to have some kind of stability, you know, I don’t care if my salary is high or low,” he said.

In the past, people like Joseph, in their late 20s to 30s and highly educated, have been the main demographic that has driven brain drain, but, according to Marie-Claude Saliba, who runs Educom Overseas, a full service study abroad counseling firm, that group is expanding.

“Since the economic crisis, and since a year everything has changed,” she said. “Before, only the wealthy students were traveling, or middle class, and most of them wanted expensive universities. Now the profile has changed, many ask for scholarships or for public universities or for low cost universities.”

Saliba said that her business has increased around 30% in the last year, and that while previously, her clients were mainly those looking to pursue a master’s degree abroad, she is now receiving more and more inquiries from undergraduate and even high school students.

“They want a better future, and they are searching mostly for countries that can give them, after studying, permanent residency or work permits so that they can work after they graduate,” she said, implying that these students have no intention of returning to Lebanon in the short or medium term.

Another driver of this increased desire to study abroad has been the toll the financial crisis has taken on the Lebanese higher education system.

“There are at least four, five universities that I know that have closed many departments and even faculties, there is a drop in the number of students who are enrolling,” said Dr. Hourani.

To make matters even more challenging for Lebanese students deciding where to pursue their studies, the American University of Beirut and the Lebanese American University, Lebanon’s top universities, have announced plans to adopt the bank exchange rate of 3,900 LL to $1 USD for tuition payments, instead of the 23-year-old official rate of 1,500 LL to $1 USD, effectively doubling the cost of a degree.

Dr. Marrouch said that many students come to him for help leaving, opting to pursue a master’s abroad rather than continue their education at an institution in Lebanon.

“Sometimes, when I write letters of recommendation, I feel like an immigration officer,” he said. “It’s sad sometimes, but of course I feel compelled to help them because, individually, they want better prospects for themselves.”

Though not everyone is compelled to fly the nest. “In my opinion, every person in Lebanon has a responsibility to their country to find a better way to live here,” said Jad Abou Khater, a 26-year-old colleague of Joseph’s, also interning at Hotel Dieu de France hospital. “If all the good doctors leave, who will stay here to take care of the Lebanese people? It’s a responsibility to our country, to our family, to our neighbors and friends.”

Khater has no plans to leave Lebanon. In a few years, he will become a dermatologist, like his father, and plans to practice medicine at his father’s clinic in Zahle, the capital of Lebanon’s Bekaa governorate.

He shares many of Joseph’s views about the current state of Lebanon, the corruption of the political establishment and the dire outlook for the banks, and says he doesn’t blame anyone who leaves but personally can’t bring himself to do it while he feels he can still fight for a life here.

Though he and Joseph face many of the same challenges, there is one main difference between their situations: access to fresh U.S. dollars from outside the country.

Khater has two siblings living abroad who can remit dollars, and both of Joseph’s brothers are younger and live in Lebanon.

Joseph’s family’s main source of income was several rental properties in the Ashrafieh area of Beirut that they would rent to locals and the occasional AirBnB foreigner. That changed on Aug. 4, 2020, when the explosion at the Port of Beirut destroyed most of the neighborhood and sapped their income.

This is why he feels he has to leave. “It’s just a bit sad, but I am happy in a way because if they [family] ever need me I could be able to support them, if I only send $1000 USD to my home country this would mean very much for them,” he said.

In this respect, the short term impact of this wave of brain drain might buy Lebanese who can’t leave a little room to breathe.

“In terms of brain drain,” said Dr. Hourani, “the immediate impact is that those who are leaving will be sending fresh money to their families.”

On a longer timeline, the consequences appear much more grim.

“It will reach a difficult point where the brain drain becomes so severe that the standard of living will deteriorate across the board, not just in terms of income but in terms of services and everything else,” said Dr. Marrouch.

For her, leaving was the first step to being able to help Lebanon.

“It might be awful now, but it’s going to be great in a couple of years because we want to rebuild the country. We’re not escaping because we hate it, we’re escaping because we don’t feel supported, and I want to show that to as many Lebanese people as I can, that it’s temporary, it’s not a permanent decision.”

Adam Muro is a freelance journalist based in Lebanon. He tweets @adamkmuro.