The day they slaughtered Beirut

Lebanese neurosurgeon Fred Bteich writes about being torn between the regret of leaving his native Beirut, the urge to come back, the memory of lost friends and patients and the struggle to let go of the trauma. 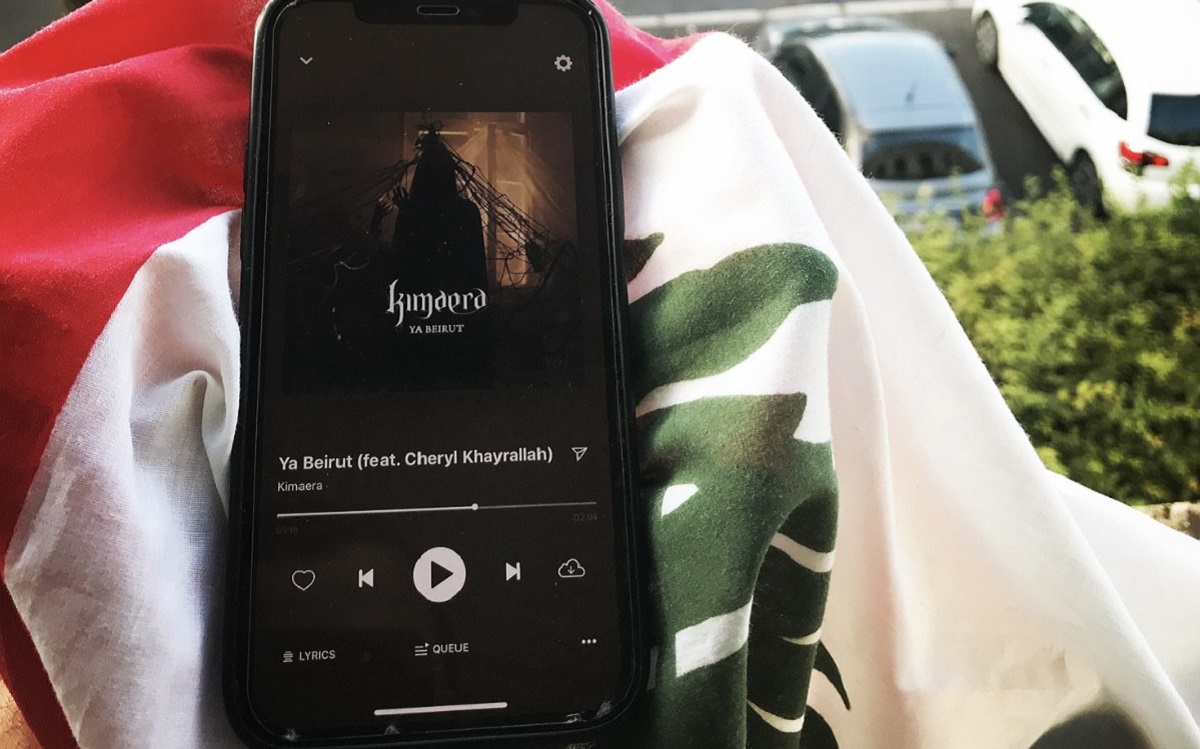 "And while I was ironically performing another surgery at the time the clock stroke 6:08 PM in Lebanon, behind watery eyes, I was hoping for a Flash to find Beirut’s heart hat night, at the feet of the Port’s silos." Photo: Fred Bteich

She had been suffering for years now.

Her family — despite everything — still believed she could make it. They roamed her streets, chasing the virus ravaging her body, burning her poisonous cells, shattering her sharp-edged glass, and transforming its interior into a boiling volcano that was ready to erupt and come back to life.

Except that, they did not want her to make it through. They could not afford to let her live. For she knew their deepest secrets; the gunpowder, treason, and plot.

Without prior notice, on August 4, 2020, they voluntarily weaned her off the ventilator. And in the coldest of silences, they witnessed her heartbeats dim and her core explode, until she was proclaimed dead at 6:08 PM.

On that night, the world cried. Her photos made the headlines everywhere. Everybody remembers her final moments. The way she was ripped to pieces by a gigantic pinky nuclear-like blast. And despite all the pleas that still echo in her room until this day, and haunt any human being who passes through the location where they took her final breath away, where they murdered her in cold blood.

Perhaps, they were adamant that she wouldn’t rebuild herself as she did in the past previous seven attempts. That she wouldn’t rise from the ashes, like a phoenix, and write another rebirth chapter in the history books of her country.

She would be remembered as the loving, caring mother, who would nurse her children to sleep every night, desperately trying to ensure a friendly environment for them to grow, prosper and be happy.

This time around, they were right. She was tired. Tired of returning, tired of trying, tired of dying, and tired of living.

She wanted to be laid to rest one final time, peacefully. And they were quick to fulfill her wishes, for she would bury with her all of their dark secrets about her inexplicable death.

She thought this way, she would be rapidly forgotten. But wrong was she.

“Beirut died,” they said. “We move on”. But her family wasn’t ready to give up just yet, before seeking an elusive justice that would require endless sacrifices, a lot of blood and a lot of pain.

For a few days, indeed, the world wouldn’t stop talking about Beirut. They mourned her in disbelief and shared some of their beautiful memories with her. And they were so many.

She would be remembered as the loving, caring mother, who would nurse her children to sleep every night, desperately trying to ensure a friendly environment for them to grow, prosper and be happy.

She tried; she really did. Despite the deteriorating medical and economic conditions. But they wouldn’t allow her to spread her wings, cutting them around every corner. She was simply deprived of her basic rights.

Little by little she saw her children go away and would sit down by her window, awaiting their return, shrouded by mist.

They pushed them out. They did everything they could to tell them it was her fault. They made them loathe her, and despite all of her efforts to get her citizens back, they left her to die, one after the other, like the fallen leaves of autumn.

Today, 365 days later, they found them. The pieces of her body were lost and scattered across the continents following the August 4 blast.

One at the feet of the Eiffel Tower.

Another at the Burj Khalifa.

A part of her was carried away by the wind all the way to Montreal.

A fourth was seen in New York City.

Who could forget about the day their mother died?

A sixth in Amsterdam.

The more they dug, the more pieces they recovered.

Everyone wondered why they had surfaced today. But the answer was clear. Who could forget about the day their mother died?

The memorial was surely about to glue them back together, alongside the lost and broken pieces of Beirut, to attempt to revive her one final time.

And I was one of them, in the small city of Dijon, in France. Physically here, but mentally there, in Beirut.

There, in Hotel-Dieu de France hospital operating room rewinding the clock to that fateful night, where I opened skulls, evacuated blood, witnessed deaths, scarred faces and broken futures, for many restless days.

There, where I wished time would stop.

There, where I wished Lexou would make it through.

There, where I did not expect Carmen to wake up 22 days later and dance to the song “تلات دقات”.

There, where I joyfully met Rita, the first patient I saw in a severe neurological state and who, 3 weeks later, was miraculously able to move and speak, surrounded by her family who kept looking for her for 48 hours.

This was my August 4.

Despite the sadness and the guilt that still ravage me to this day – this feeling that maybe ‘we could have done more to save more people’ that comes back every time I see the photos of one of the victims that we operated on – there were still those little miracles that made me believe.

Believe that the story is not over yet. That Beirut is not really dead despite being ripped apart.

That my once beautiful city is not about land anymore, but about those people. Those who defied the scars and all odds to stay alive.

Those 218+ souls that I will continue fighting for every single day until their murderer is brought to justice: Isaac, Lexou, Elias, the nurses of the Saint George hospital, the Beirut firefighters, the non-Lebanese, and every one of the victims whether they made the headlines or not, whether their bodies were entirely recovered or their ashes never found, the 6000+ injured, the thousands left homeless and the tens of thousands that flew from Lebanon since.

Today, I am a silly emotional Lebanese expat in France blasting Kimaera’s censored growling, dark version of ‘Ya Beirut’ out loud, holding the bloody flag — recovered from one of my friends’ shattered apartments back home— of a land that I have a hard time defining now, but that I struggle to let go in my mind.

Today, I am a silly emotional Lebanese expat in France blasting Kimaera’s censored growling, dark version of ‘Ya Beirut’ out loud, holding the bloody flag — recovered from one of my friends’ shattered apartments back home— of a land that I have a hard time defining now, but that I struggle to let go of in my mind.

Today, to the beautiful Beirut I once knew, resting since August 4, 2020, in troubled peace underground for the eighth time, I scream my lungs out and say: قومي، قومي، قومي!

And while I was ironically performing another surgery by the time the clock stroke 6:08 PM in Lebanon, behind watery eyes, I was hoping for a Flash to find Beirut’s heart that night, at the feet of the Port’s silos.

Where candles would be lit.

Where tears would be shed.

Where wounds would be bleeding.

Where music videos should not be filmed.

Where photos should not be taken.

Where necks should be hanged.

Where politicians should not be allowed.

Where there could be violence.

But also, where Rita and Carmen would be holding hands, and where Isaac and Lexou would be dancing to the chants of the protesters gathered down there to ask for justice, and who, like Flash and an ever-dimming part of myself, refuse to let go and still believe of recovering Beirut’s soul. Once and for all.

Fred Bteich is a Lebanese neurosurgeon and blogger based in France. He tweets @fredbteich.

The opinions expressed in the opinion sections are those of the authors and do not necessarily reflect the views of NOW.