US, French envoys in KSA to discuss Lebanon plan

US Secretary of State Antony Blinken discussed with his French and Saudi counterparts on June 27 a new joint push to put pressure on Lebanese politicians in order to form a government. 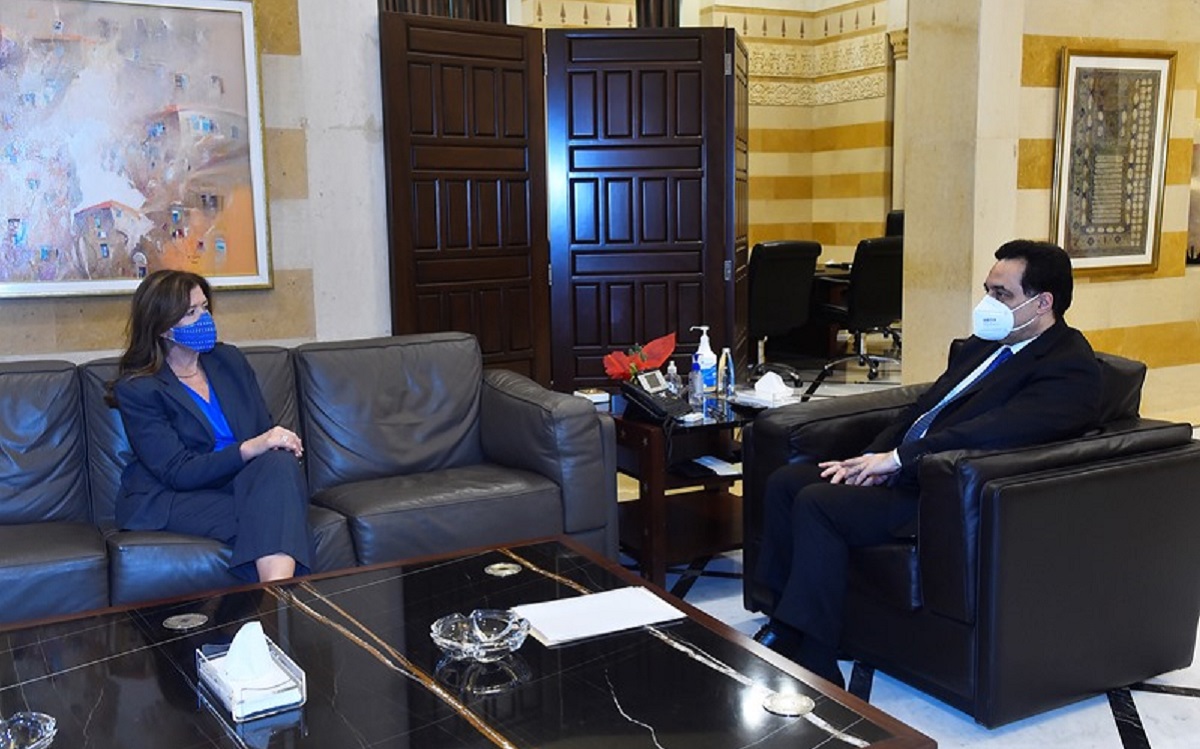 The French and US envoys to Lebanon are to visit Saudi Arabia on Thursday in order to discuss a solution for Lebanon, both embassies announced on Wednesday.

The diplomatic initiative is an unusual move amid international pressure to lift Lebanon out of a roiling political and economic crisis.

The visit Thursday comes as Lebanese battle shortages and price hikes on basic goods in what the World Bank has called one of the world’s worst economic crises since the 1850s.

In a speech on Tuesday Lebanon’s caretaker premier Hassan Diab urged donors to “save” the country, despite the fact it has no formal government, as it struggles through a dire economic crisis, AFP reported.

Warning that Lebanon is “just days away from a social explosion,” Diab urged the international community to “help save Lebanese from death and prevent Lebanon’s demise”.

He urged foreign donors to release financial aid even though the multi-confessional country has failed to form a new government in almost 11 months.

“Linking aid to Lebanon with government formation has started to threaten the lives of Lebanese,” Diab told a Beirut meeting with foreign envoys.

Withholding funds, he argued, does “not affect the corrupt. Instead it is the Lebanese people who pay a heavy price,” he said. “Save Lebanon before it’s too late.”

World powers have demanded a new government before any financial aid to the cash-strapped nation, but for around 11 months Lebanese politicians have failed to agree on a line-up.

“The (French) ambassador will explain how urgent it is that Lebanese officials form a credible and effective government to work on implementing necessary reforms,” the embassy said.

The French envoy would, “with her American counterpart, express France and United States’ desire to exert pressure on those responsible for the deadlock”, it said.

US Secretary of State Antony Blinken held an impromptu meeting on June 27 with his Saudi and French counterparts in Italy on the sidelines of talks of the Group of 20 major economies.

They discussed “the need for Lebanon’s political leaders to show real leadership by implementing overdue reforms to stabilize the economy and provide the Lebanese people with much-needed relief,” Blinken wrote on Twitter.

Saudi Arabia has remained largely out of the current Lebanese political crisis, in contrast with past approaches.

Lebanon’s economic crisis has slashed more than 90 percent off the value of the local currency against the dollar on the black market, and more than half the population now face poverty.

In April, France imposed sanctions against Lebanese figures it says are responsible for the political crisis, banning them from entering its territory.

The European Union has also threatened sanctions against Lebanese leaders unless they work together.

The government resigned after a deadly port blast last summer that killed 200 people, but has stayed on ever since in a caretaker capacity.