Why isn’t the Shiite community revolting in Lebanon?

The Shiite community is tired like the rest of the Lebanese faced with the economic crisis, but a revolt will not happen because of a culture of unshakable allegiance, promised protection and an alternative economy that so far succeeded in covering their needs, argues Luna Safwan. 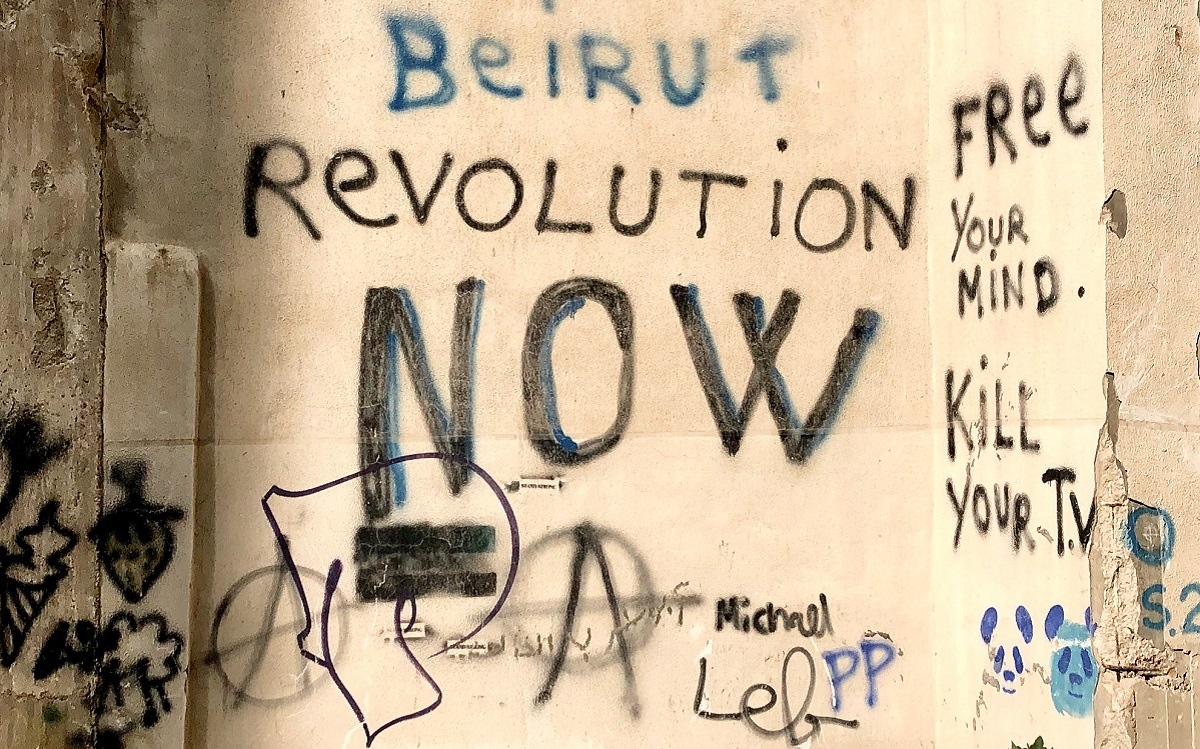 The community is tired and restless like the rest of the Lebanese faced with hardships and economic crisis. But joining a revolt on a national scale could not be further away from their priorities. Photo: Textgrounds, Pexels.

It was a mid-October afternoon in 2019, when a group of young men stormed the streets of Beirut on their motorcycles, chanting against the frightening economic situation, worried by the tax system, and concerned about what would come next.

Those young men were not private university students, they were not activists, they were citizens who felt concerned and yet affected by the negligence of their political leaders. Whoever was on the streets at the beginning of the October 2019 protests remembers very well that young men and women, who were affiliated one way or another to the Shiite Duo – Amal Movement and Hezbollah – were also protesting. It’s the narrative that we often forget, they were also concerned by the crisis that was yet to fully unfold.

They retreated from the streets within a few days, despite the fact that the looming economic crisis was very much their concern too. Their political beliefs, often affiliated with one leadership, supported by religion and an unshakeable allegiance, did not leave much room for them to continue protesting.

The Duo decided to retreat, so their boys did what they were ordered to do. Hezbollah supporters only participated in protests against the Central Bank, while Amal supporters invested more time in attacking protestors on the Ring highway, burning tents, and trying to intimidate October 17 secular groups.

The question that remains unanswered to this day is, why did they retreat? Some argue that the retreat was motivated by anti-Hezbollah chants, which did indeed occur in some protests. Others say that chants targeted speaker of the Parliament and Amal Movement leader Nabih Berri, who October 17 protesters accused of clientelism and corruption, alongside other politicians. He also is an ally of Hezbollah.

Chants against Nabih Berri were interpreted as chants against the duo. The alliance proved to be untouchable throughout the past years, despite a bloody rivalry that had emerged in the 1980s, in the midst of the civil war, between the two parties who held opposing views on the political orientation of Lebanon’s Shiite community.

Fast forward, a year and a half later

Here’s Lebanon, in collapse, missing medicine, fuel, electricity, the bare necessities for a large part of the population. Hospitals and labs that can barely perform, cars are lining up for hours in front of gas stations. Residents live in fear of a total blackout and inflation, in perpetual fear of tomorrow.

All Lebanese, including the Shiite community, are affected. Supporters of the Duo might have access to other resources, but it does not mean, in any way, that the crisis is not knocking on their doors as well, in one form or another. In the past few months, people inside the Hezbollah stronghold tried to demonstrate against the economic collapse, but the small-scale protests were immediately silenced.

The fuel shortage has also caused several disputes within the community. But controlling the narrative has been a long-lasting, effective tool that the Duo managed to implement for years.

If it weren’t for leaked videos online, one wouldn’t even know of such arguments that are often reoccurring within those different layers of the community, even if class distinction between ‘leader of the area’ and ‘supporter’ is often the reason why someone gets fuel first.

The community established a side economy led by imports from Iran, a mysterious flow of US dollars flooding the black-market, a private banking system known as Al-Qard Al Hassan and the al-Sajjad discount card supported the loyalist community. Not to mention that as a reward, loyal supporters have access to private hospitals.

The state within a state remains untamed, and the welfare state that it had been developing over the years is now paying off.

That is one reason why the community is not revolting. But under this calm resides a newly formed storm caused by the fuel shortage which Hezbollah cannot independently cover yet.

Things remained manageable until every Lebanese across the country, including supporters of the Duo, had to line up in long queues, for hours, to get their car tank refilled.

Those who understand the different layers of attachment that one has to his/her community in Lebanon can attest to how challenging a breakthrough can be. It is not only the attachment to the Duo, but almost every political attachment in Lebanon is supported by the concept of allegiance to the sect, combined with sometimes religious views reinforcing the stance.

When it comes to the Shiite community in Lebanon, unity and allegiance did not happen overnight but rather developed throughout years of absence of any type of government on the Southern borders.

Lebanese Southerners had to fight for their land and against occupation long before the Islamic Resistance was even formed. The Lebanese Resistance was at the forefront until Hezbollah emerged.

The sense of unity, when it comes to what the Islamic resistance has offered, is in every argument. Whoever has lived under the ruling of an oppressor understands the reoccurring need for protection. That is what Hezbollah offered to its community, what made it unshakable. That is why every alternative will always sound unrealistic.

The 2006 July War against Israel is historical proof of how supported and endorsed the Islamic Resistance was, not only in Lebanon, but across the Arab region. Lebanese who fled the southern suburbs of Beirut and South Lebanon were welcomed across the country, no questions asked. This war was against Lebanon as a whole.

Pictures of Hassan Nasrallah, Secretary-General of Hezbollah, were also erected in different houses in the region, with Hezbollah praised as the ‘savior’ by various Lebanese politicians. The 2006 war was no time for division, but for unity against one enemy in the eyes of Lebanon.

The first turning point was May 7, 2008, when the Duo participated in an armed invasion of Beirut over political disputes regarding private telecom companies controlled by Hezbollah.

The second turning point was Hezbollah’s involvement in the Syrian war alongside the Syrian Arab Army and the Iranian Revolutionary Guards. That is when the stronger division appeared, as Hezbollah became more involved in regional politics. But their supporter base still believed in the allegiance against a greater enemy.  The party changed its narrative to justify its involvement in Syria, and the greater enemy somehow slowly became ISIS.  The community was unshakable once again, the party was a ‘savior’ once more, but this time for the Shiite sect, not for Lebanon.

The community is tired and restless like the rest of the Lebanese faced with hardships and economic crisis. But joining a revolt on a national scale could not be further away from their priorities.

The culture of unshakable allegiance, psychological factors of protection and an alternative economy that so far succeeded in covering their needs, makes raising the voice inside the community simply not an option.

Remaining silent is more convenient, easier, and safer. That is why anyone who raises their voice outside the scope of the community is classified as a traitor. But that’s a story for another time.