A century of neglect

As Lebanon’s second biggest city continues to see constant tragedies, no one, including the new independent MPs, seems to care. 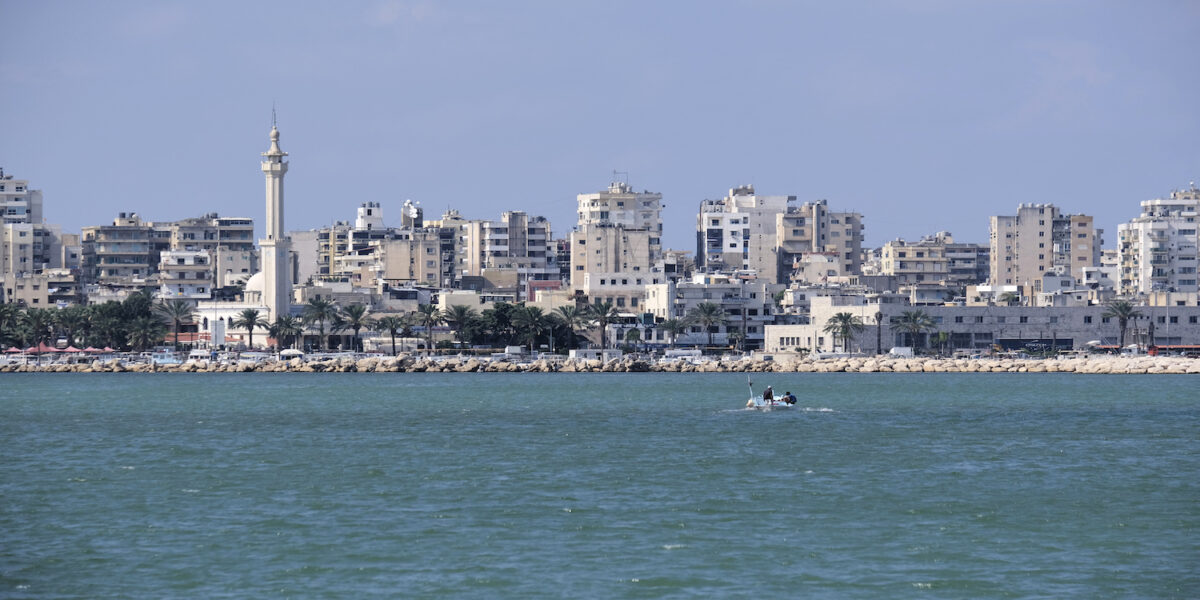 Ships dock in the port of Lebanon's second city Tripoli, on the Mediterranean coast, on August 22, 2022. Photo: Ibrahim Chalhoub , AFP.

In the last week or so, Lebanese authorities have been searching for the bodies of those killed in the tragic sinking of a migrant boat off the coast of Tripoli in April.

After locating the vessel using a submarine, the next step seems to be to finally pull the sunken boat from the depths of the Mediterranean and exhume its victims from their watery graves.

Last week also marked the 9th anniversary of the Tripoli mosque bombings in 2013, which killed over 40 people and wounded hundreds.

The bombing, which many in Tripoli believe was carried out in cahoots with the Syrian regime, Hezbollah, and the pro-Syria Arab Democratic Party, has left a deep wound on Tripoli’s population.

The attack was committed on a Friday, the holy day for Muslims, maximizing casualties.

These events, like many others, are part of a long pattern of neglect and deprivation that the city’s inhabitants have been forced to endure since the founding of the contemporary Lebanese state in the 20th century.

My colleagues at NOW have reported a variety of tragedies that have occurred in Tripoli, just in the last year.

From the death of Tripoli’s cinema industry and a lack of political representation to the collapse of a residential building and the sinking of the migrant boat.

What are the people of Lebanon’s second largest city supposed to do?

A long history of neglect

It has long been observed that Tripoli’s incorporation into Lebanon has only spelled disaster for its people.

Once a highly valuable and strategic trading hub, the city was quickly perpheralized by Beirut, as Tripoli and the areas around it were absorbed into Greater Lebanon during the French Mandate period.

It didn’t help that during the 1958 crisis Tripoli rose up against the government, further marking its neglect by Beirut’s central leadership.

Again, during the civil war, Tripoli was a bastion of anti-government politics, but the Syrian army eventually attacked and essentially occupied the city in the 1980s.

Following the civil war, Tripoli’s neglect continued to fester. The city has generally been considered to be one of the poorest parts of the country, contrasted by Beirut’s surface-level flashiness.

In 2011, when a revolution broke out in neighboring Syria, Tripoli’s largely Sunni population supported the uprising against longtime ruler Bashar al-Assad, sparking conflict in the city.

In response, over a year later extremists attacked Jabal Mohsin with suicide bombers in early 2015, claiming that the attack was in response to the Syrian governments targeting of Sunnis.

Then, after almost a century of neglect and intermittent conflict, Lebanon fell into a deep economic crisis in 2019, making the already dire economic conditions in Tripoli even worse.

Even though a noteworthy portion of Lebanon’s Sunni elites have hailed from Tripoli, such as the current caretaker Prime Minister, billionaire Najib Mikati, the city has been forgotten, and its people are keenly aware of this fact.

Even the newly elected opposition MPs, who have claimed to represent the October 17 Revolution and the people of Lebanon as a whole, have largely ignored the sorrow of Tripoli’s people.

It is likely for good reason that those in Tripoli have had little faith in any avenue of potential political change.

And now, as a steady stream of migrants continue to try their luck on the rough waters of the Mediterranean to reach Europe and possibly a better life, there seems to be very little concern.

Though there is some new leadership in the city, namely the former general director of the Lebanese Internal Security Forces, Ashraf Rifi, there is little hope that Rifi, or anyone else, will impart any meaningful change.

One can only hope that Lebanon’s political establishment, and, to some degree, the wider population, expend some effort to assist the people of Tripoli.