Our pride will emanate from the street into victory in halls of power, with a brighter future for a Lebanon that no longer suffers, writes Ronnie Chatah. 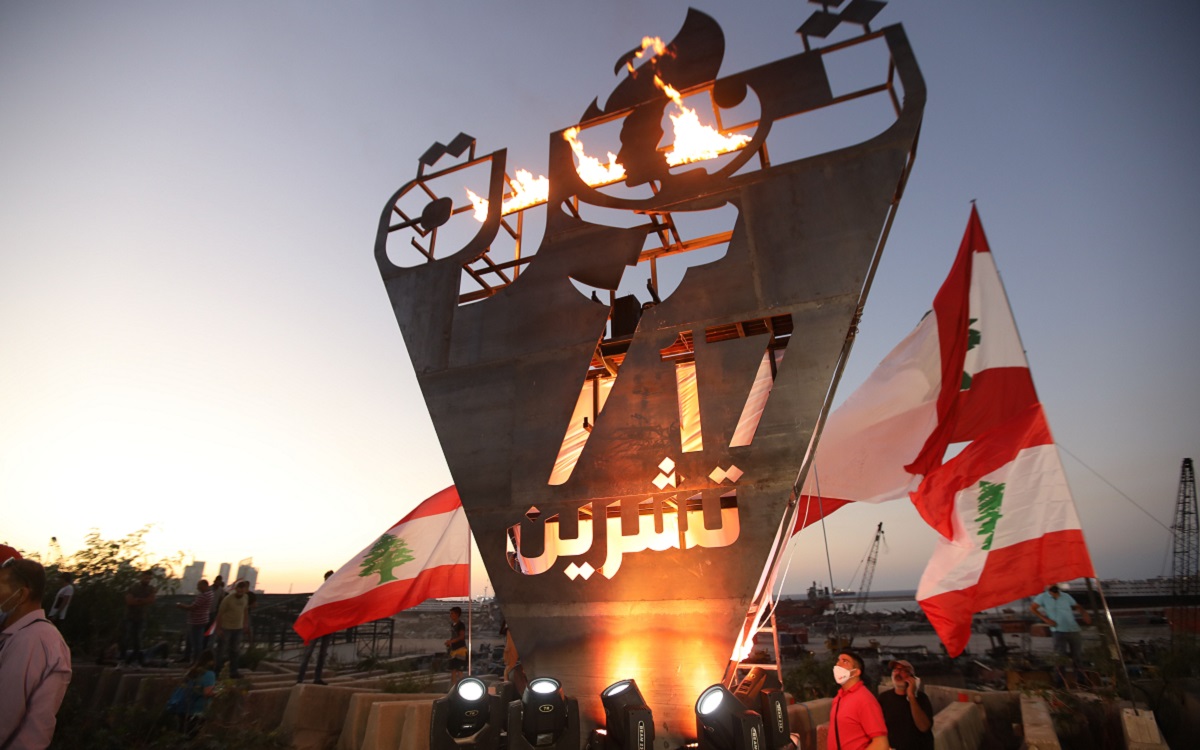 A year ago, over 500 tonnes of weapons-grade ammonium nitrate exploded in Beirut’s port, enough to record the largest non-nuclear blast in modern history. Originally over 2,700 tonnes, the full amount would have ended Beirut’s story.

Today, the determined among us are fighting for all that is left. In a world shattering before us, our streets, our homes and our bodies are scarred by political violence.

Death scars the horizon, tarnishing the dreams of our best

We pay a perennial price for remaining a regional battlefield.

Fifty-one years since our state lost control over our borders, our airport and seaport’s security are all but undermined, and our political agency and sovereignty have been robbed through decades of occupation and proxy.

The basic tools needed to hold leadership to account are missing. And our local attempts at justice are repeatedly met by intimidation, assassination and exile. The only consistency is that our most skilled and talented depart for good.

The consequence is a long-lasting regime’s mediocrity, devolving into current ungovernability. Corrupt, incompetent and thuggish, the familiar names speak with a preferred language of sectarian-minded buffoonery.

The heroes that should be with us, helping us chart our course, are dead. They were murdered for challenging our post-civil war disorder and adamantly pushing for reform.

The heroes that should be with us, helping us chart our course, are dead. They were murdered for challenging our post-civil war disorder and adamantly pushing for reform.

That meant challenging Hezbollah’s security dominion over this country.

From Samir Kassir to Wissam Eid, Wissam al-Hassan and Lokman Slim – the list includes journalists eliminated for expressing without fear, intelligence officers killed for uncovering culprits, and statesmen blown up while pursuing diplomacy.

A local investigation into the massive August 4th crime – if one ever takes off – is all but certain to reach a dead end. A judge was sacked, followed by a new one appointed without capacity.  A population’s request for an international investigation, led by reputed agencies with technical capability, was answered through domestic coverup and immunity.

Impunity defines our worst traits. Crimes continue without consequence. No accountability or respite in sight.

Victims, instead, are told to hold their breath and accept a violent status quo. And when demonstrators vent their dignified demands, they are punished with rounds of rubber bullets and tear gas. Often followed by interrogations over personal accusations.

This was compounded by a whimpering end to an internationally led due process. The Special Tribunal for Lebanon’s special verdict accused Hezbollah operative Salim Ayyach, currently living in hiding rather than suffering through arrest.

Generations, side by side, unable to cope any longer, hit the streets to express their rage, including the parents of a three-year old blast victim, Alexandra, turning their terrible unjust and untimely loss into the most honorable of pursuits.

A trial in absentia was established to expose Hezbollah’s role in attempted and successful assassinations from 2004 – 2005. That trial was initially suspended due to budgetary constraints and is now ceasing operations.

This leaves victims with no trust in international justice and erases any measure of solace. More broadly, it dampens any expectation for further international attention and removes a necessary path to end our geopolitical nightmare.

Death confronts pain, as the sword brushes near

In the immediate aftermath of the port blast, volunteers rushed to offer assistance and civil society played the role of good governance. Through debris and shards of glass, they tended to the wounded, gracefully wrapped the departed, and offered temporary shelter to hundreds of thousands who lost their homes.

Clinical tents were erected, with food and water distributed alongside first aid and hygiene kits. The traumatized were offered mental health support and relatives of the deceased were given emotional care.

A renewed street movement rose once more, this time against caretaker authority.

Generations, side by side, unable to cope any longer, hit the streets to express their rage, including the parents of a three-year old blast victim, Alexandra, turning their terrible unjust and untimely loss into the most honorable of pursuits.

Beirut was assassinated. The weeks and months thereafter were characterized by an unbridgeable divide. A three-time former prime minister seeking a fourth try, Saad Hariri repeated promises with hollowed revisions of past mistakes, offering to dance less with Michel Aoun and Hezbollah through technocracy.

Wounds must first heal. Violence must exit our politics. And all aspects of the civil war must come to an end.

And on the other side, a population that had tuned him out long before he gave up. Their focus, instead, was on turning grassroots movements into burgeoning political groupings.

These groups displayed a wide array of economic thought, civil state discussions and whether to prioritize Hezbollah’s sub-state weaponry, but a common determination to bring in new faces by phasing the old ones out in upcoming elections.

They tested their appeal through local elections in national syndicates.

Death has majesty, when a nation overcomes fear

A moment of triumph. A small but vital win in the Order of Engineers and Architects syndicate. Determined citizens challenged the usual suspects’ terrain through consistent and concise messaging of change.

A change we all yearn for, and a change that will one day appear. A younger generation is entering politics, disinterested in civil war fears and without memory of a prosperous pre-war era.

Continuing to try, against the odds, to reconcile on the state’s behalf, a post-war condition that Taef deliberately left out.

Wounds must first heal. Violence must exit our politics. And all aspects of the civil war must come to an end.

Death defines us on this first anniversary, a trying time in our history. Generations have been attacked, crippled and deprived of their dignity.

Glory has been replaced by hopelessness and despair. But this long chapter of misery will come to an end, where we reflect on what we collectively lost and finally turn the page.

And, years ahead, on August 4th at 6:08pm our pride will emanate from the street into victory in halls of power. With a brighter future for a Lebanon that no longer suffers.