Lebanese politicians to be charged again for Beirut blast

According to the National News Agency, Judge Tarek al-Bitar requested the lifting of immunity for several former dignitaries and army officials as well as Caretaker PM Hassan Diab. 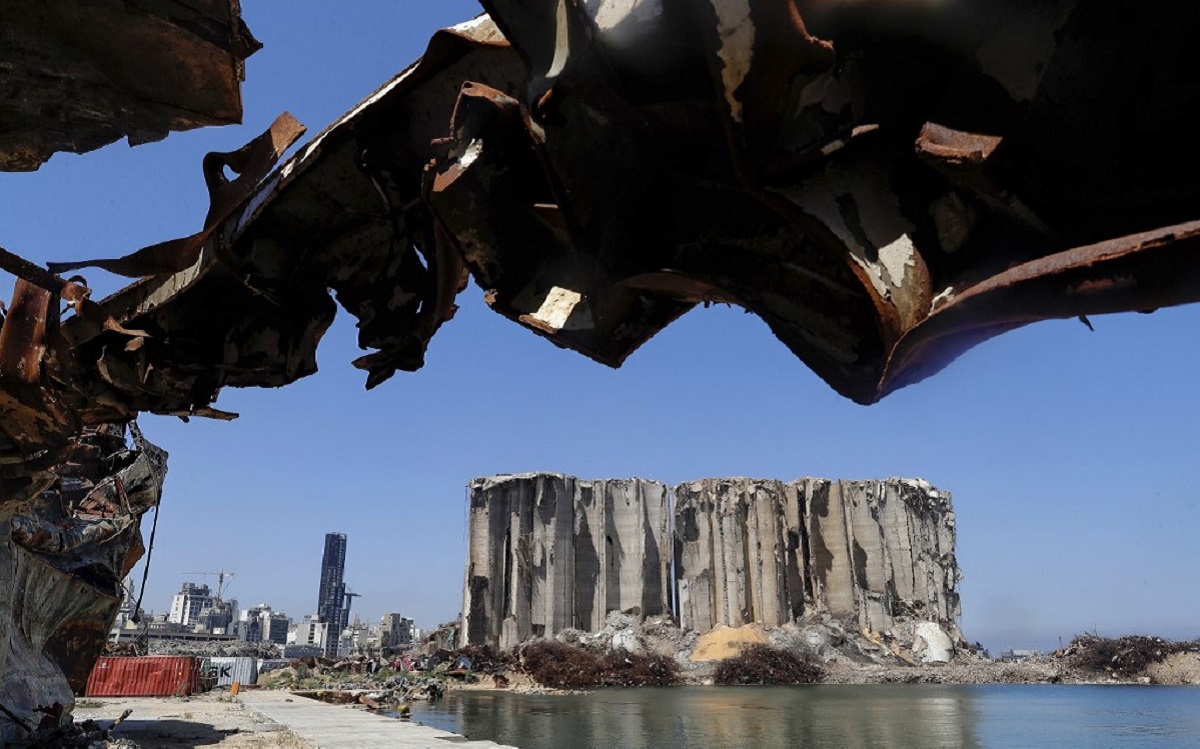 The grain silos at Beirut port, almost a year after the August 4 massive explosion that killed more than 200 people and injured scores of others. Photo: Joseph EID, AFP.

Al Bitar concluded hearing witnesses in the case and has already decided to call Caretaker Prime Minister Hassan Diab for investigation as a suspect. No date for any interrogation was announced.

Bitar sent a letter to the Parliament through the Discriminatory Public Prosecution, requesting the lifting of parliamentary immunity of former Finance Minister Ali Hassan Khalil, former Minister of Public Works Ghazi Zaiter and former Minister of Interior Nohad Al-Mashnouq, in preparation for their prosecution.

According to the NNA report, they are all accused of murder and negligence.

Another request was sent to the Government for permission to interrogate the head of the State Security Service, Major General Tony Saliba, also as a suspect. He also requested permission from the Caretaker Minister of Interior, Brigadier General Mohamed Fahmy, to prosecute the Director General of the Public Security Agency, Major General Abbas Ibrahim.

Al Bitar replaced Judge Fadi Sawan in February 2020 as chief investigator. Sawan was removed from the position after a decision by the Lebanese Court of Cassation after two of the former ministers he had prosecuted, Ali Hassan Khalil and Ghazi Zaiter filed a law suit against him.

The court justified the decision by “legitimate suspicion” over Sawan’s neutrality because his house was damaged in the blast that devastated much of the capital.

In a statement following the announcement, Zaiter and Khalil stated that they were both willing to cooperate with the investigation even before their immunity has been removed.

Interior Minister Mohammad Fahmi told MTV News on Friday evening that he hadn’t received any official referral about the port explosion.  “When I receive it, it will be referred to the Interior Ministry’s legal department, out of respect for the institutional work in the Ministry,” he said. “Major General Abbas Ibrahim adheres to and protects the law; whatever the law says, we will implement; Judge Bitar is conducting the investigation and we are all under the law.”