A new cabinet would face the daunting task of trying to steer Lebanon out of what the World Bank says is one of the world’s worst financial crises in more than 150 years, and to polls due to take place next year. 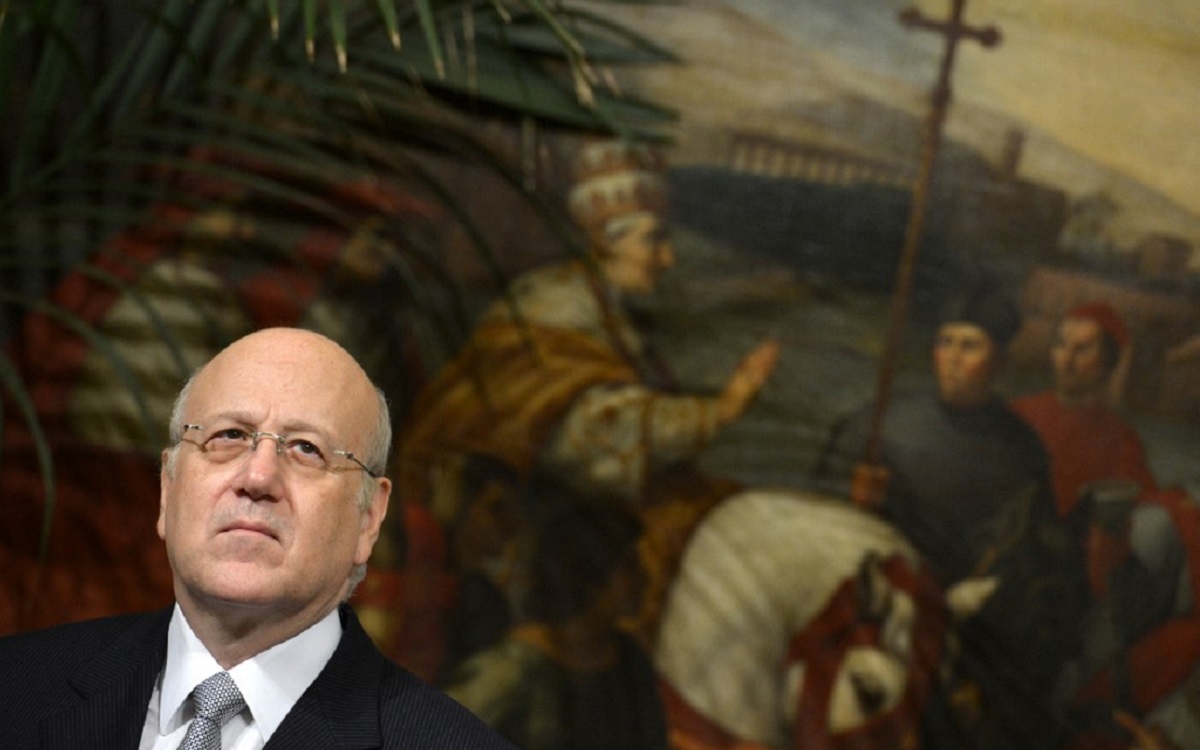 . Najib Mikati, a billionaire businessman and Lebanon's latest premier-designate, is a political veteran viewed by some as emblematic of the crony politics that steered the country towards collapse. The parliamentarian and two-time premier who was again appointed to form a new cabinet on Monday after months of stalled negotiations, returns to the post amid a financial crisis branded by the World Bank as one of the world's worst since the mid-19th century. The 65-year-old who hails from Tripoli, a northern city and one of Lebanon's poorest, was accused by a state prosecutor in 2019 of illicit enrichment -- a charge he denies. Photo: Alberto Pizzoli, AFP.

Lebanese lawmakers on Monday tasked ex-premier and billionaire Najib Mikati with forming a government and ending one year of political deadlock that has crippled the economy.

Mikati, a 65-year-old telecommunications mogul seen by some as a symbol of Lebanon’s corrupt oligarchy, called his designation a “difficult step” and urged the Lebanese people to support him.

“I don’t have a magic wand and, alone, I can’t make miracles happen,” he said.

Mikati will pick up where his predecessor Saad Hariri left off earlier this month when he quit after failing to broker a deal despite intense international pressure.

He clinched more than 72 endorsements, the official National News Agency said, including from the powerful Shiite Hezbollah movement.

One MP voted in favour of veteran diplomat Nawaf Salam, while 42 others, including from President Michel Aoun’s Free Patriotic Movement, abstained from endorsing any candidate.

It could take months before an actual government is formed, but crisis-hit Lebanon, grappling with soaring poverty, a plummeting currency and shortages of basic items from medicine to fuel, can ill afford any delays.

Mikati was last in power in 2014 and is the third PM-designate to be named since the caretaker government of Hassan Diab resigned in the wake of last August’s huge explosion at Beirut port.

He will now have to start consultations with Aoun and political factions on a cabinet line-up, while Diab stays in a caretaker capacity.

Speaking to reporters after meeting Aoun, the new PM-designate said: “If I didn’t have the necessary guarantees from external powers… I would not have taken on” the job.

The Sunni Muslim businessman started a career in politics in 1998.

He is considered to be Lebanon’s richest man and one of the wealthiest in the Middle East, with a net worth of $2.7 billion according to Forbes.

A native of Tripoli, Lebanon’s second city and one of its poorest, he was accused by a state prosecutor in 2019 of illicit enrichment, a charge he denies.

Many in Lebanon consider Mikati as emblematic of a corrupt ruling class targeted by a 2019 protest movement.

“How can I trust a thief who stole from me and my children and their future?” asked 57-year-old Beirut resident Mohammed Deeb after Mikati’s designation.

“As long as this (political) class is still in power, nothing will change.”

On the eve of consultations, dozens of protesters gathered outside Mikati’s Beirut home, accusing him of corruption and cronyism.

But Lebanon’s bickering politicians view Mikati as a consensus candidate who could be capable of easing a political impasse that has stymied efforts towards forming a government.

After his designation, the Lebanese pound, officially pegged to the dollar at 1,507, gained some of its black-market value after dropping to record lows in mid-July.

Donors led by former colonial power France have pledged millions of dollars in humanitarian aid, but conditioned it on Lebanon installing a government capable of tackling corruption.

But even as international pressure mounted, with threats of European Union sanctions against them, Lebanese politicians have failed to make any serious progress.

The French foreign ministry on Monday said it was urgent for Lebanon to form a “competent and capable” government to implement reforms “essential to the recovery of the country”.

It called on “all Lebanese leaders to act in this direction as quickly as possible”.

France earlier this month said it would host an aid conference on August 4 to “respond to the needs of the Lebanese, whose situation is deteriorating every day”.

The date coincides with the first anniversary of the port blast that killed more than 200 people, and which is widely blamed on decades of negligence by the country’s ruling class.

Mikati first rose to the post of prime minister in 2005, when he headed a three-month interim government formed in the wake of the murder of former premier Rafic Hariri, Saad Hariri’s father.

In 2011, he headed a government dominated by Hezbollah that had to deal with the spillover effects of the Syrian war next door.

Mikati resigned in 2013 amid deep polarisation between Lebanese politicians over the Syria conflict, and as infighting in his own government led to a political impasse.