Deteriorating living conditions and lack of any recovery projects in impoverished communities could leave room for extremist groups recruitment in Lebanon, analysts warn. 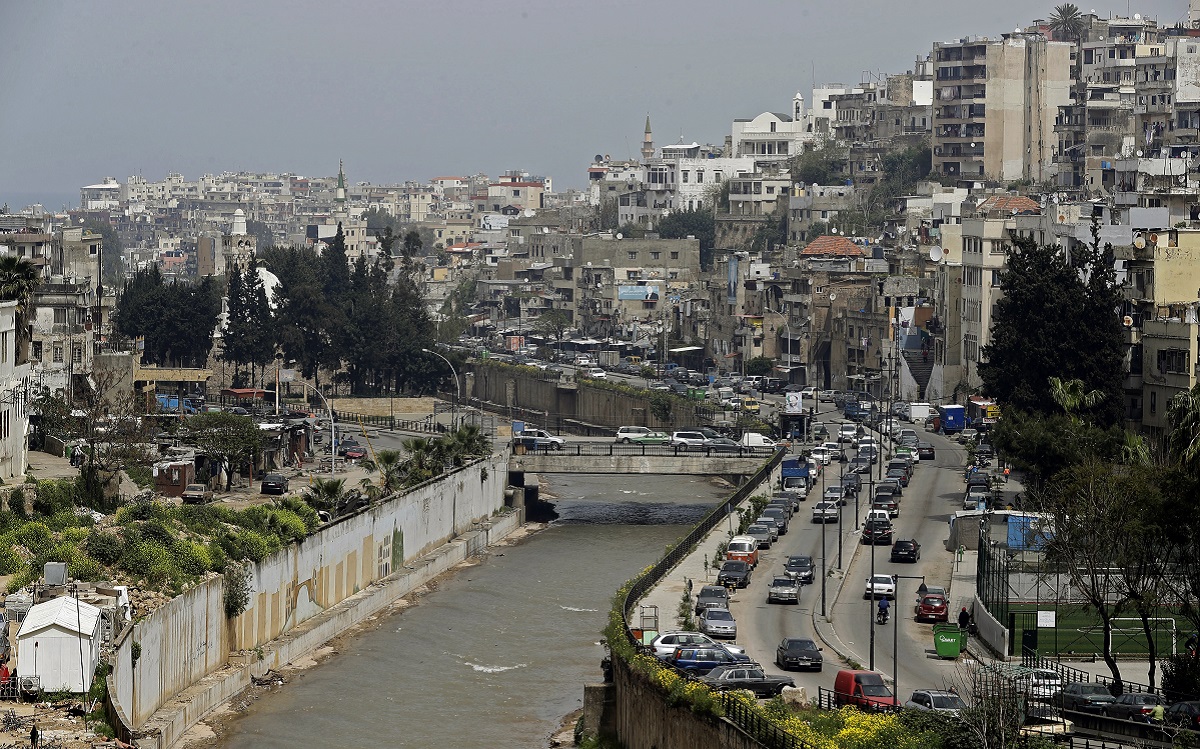 The police burst through the door of a small home in the northern region of Akkar on November 2 and arrested a 17-year-old who was allegedly planning on using a motorcycle strapped with explosives to blow up a religious center in the area in the name of the Islamic State.

“In interrogation, he confessed that he had embraced the ideology of the Daesh terrorist organization, and then began collecting materials to manufacture explosive devices locally, which were seized in a warehouse near his home,” the security agency said in a statement.

This was only one of a number of incidents that the Lebanese security forces have attributed to Islamic State adepts in recent years.

While there have been no signs that the jihadist organization is planning on making any moves in Lebanon, the recent uptick in activity in Afghanistan, Iraq and Syria has caused increased concern that the group may be resurging. Looking at the recent arrests, some analysts warn that the continuously deteriorating living conditions, lack of jobs, and increase of the country’s poverty rate may leave some Sunni youth from poor communities vulnerable to extremist recruiting.

“I see an uptick in Syria and Iraq but over here I don’t see any groundwork laid out for that. But these young kids trying to join the Islamic State is also telling that this might change too,” Mohanad Hage Ali, a fellow at the Carnegie Middle East Center in Beirut, told NOW.

“As the situation evolves, the Islamic State is more of an opportunistic creature. Wherever we can find weaknesses in the system, they’ll just grow on it there and try to capitalize on it.”

Abdul Rahman, 18, has been working since he was nine. He got a new job in a small shop in the secondhand market a week ago.

“The situation right now is a big fuck you,” the teen told NOW. “We can’t do anything in this situation. My siblings all left the city. Every day, I make around $1.”

17-year-old Karim works alongside Abdul Rahman and is all too aware of how difficult the situation in Lebanon is.

“Before, we were able to eat meat, chicken, grilled meat and a thousand other things. Now, we can’t get anything,”  Karim told NOW.

For Karim, he just wants the situation to get better so that he can go back to living a normal life and so that his family no longer has to struggle to get by.

Because of this, both he and Abdul Rahman say they want to make as much money as they can, and are no longer picky about where they get money from.

For the last two years, Lebanon has faced a constantly worsening economic crisis that has seen the Lebanese pound reaching all-time lows from one day to the other. In its latest low, the pound, lost 90 percent of its value when it reached almost 29,000 to one US dollar.

The United Nations estimated that around three-quarters of the population is now living in poverty.

Because of this worsening situation, many children have had to leave school in order to find a job and help support their families. According to UNICEF, nearly 31 percent of children in Lebanon have done so in 2021.

In the most financially vulnerable areas of Lebanon, in particular some neighborhoods of Tripoli like Bab al Tabbaneh, youth usually drop out of school at 14 years old or earlier.

Moreover, the neighborhood has been over the years the scene of fierce fighting between groups of gunmen from the neighborhood and Alawite snipers from neighboring Jabal Mohsen. It has also hosted several groups that pledged allegiance to Al Qaeda and the Islamic State and was often a recruiting ground for extremists in need of fighters in the Syrian war.

The lack of access to education and job opportunities, the absence of development projects by the local political elite and administration meant to alleviate the poverty, as well as the preservation of an environment where weapons are often more accessible than food, have led to young men from the neighborhood joining extremist organizations in the not so distant past. Some have fought in Syria, some have fought against Jabal Mohsen and many have also ended up imprisoned in Lebanon after the Lebanese Army took back control of the region in 2014.

A history of violence

Between 2013 to 2015, Lebanon had been the scene of several terrorist attacks and rounds of armed clashes.

In August 2013, the Takwa and Iman mosques in Tripoli were bombed, killing 47 people and injuring over 500 in what was considered to be the worst bombing that Tripoli has ever seen. No one ever took credit for the bombing and no conspirators were ever apprehended.

The following year, in February 2014, the Abdullah Azzam Brigades, an offshoot of al-Qaeda, set off two bombs in the Bir Hassan neighborhood, next to Beirut’s southern suburbs, near an Iranian cultural center, killing five and wounding dozens of others.

Finally, in November 2015, two suicide bombers killed 43 people and injured well over 200 others in the Burj el-Barajneh neighborhood in Beirut’s southern suburbs. Islamic State took credit for the attack.

The Islamic State and al-Nusra Front were also able to gain a small foothold in Lebanon in August 2014 when the groups took control of Arsal on the Lebanese-Syrian border.

In response, the Lebanese military, supported by Hezbollah’s armed military branch, fought against them for several days before the terrorist groups finally retreated.

Since the Islamic State’s territorial defeat in March 2019 at the hands of the internationally-backed and supported Kurdish-led Syria Democratic Forces in Baghuz, Syria, the group has been fractured but remains active. It has been trying to return to its former strength through assassinations.

In July 2019, just four months after the group’s defeat in Syria, a lone gunman shot and killed four members of Lebanon’s security forces in Tripoli and detonated an explosives vest after they were surrounded by soldiers. No group officially took credit, but it was believed that the gunman was a member of the Islamic State.

Then, in September 2020, nine people who were linked to Islamic State were killed by Lebanese security forces during a hunt for terrorists after two municipal police and the son of the mayor of Kaftoun were killed.

2021, though, has seen an increased amount of Islamic State activity with security forces arresting an alleged cell in Tripoli that had purchased weapons and was planning an attack.

Finally, a man, known only as “al-Baghdadi,” the same name as the former leader of the terrorist group Abu Bakr al-Baghdadi, was arrested by security forces at the start of December for pledging allegiance to Islamic State and being part of a cell that helped manufacture and carry out bombings in Lebanon.

The threat of extremism has proved serious enough that Egypt held an Arab Intelligence Forum, formed by Egyptian President Abdel Fattah al-Sisi in February 2021, to discuss the situation in Afghanistan and the threat posed by terrorism.

Hage Ali says that the recent increase in activity stems from the political vacuum in the region and the widespread discontent in countries like Iraq and Syria, with the latter being in the midst of its own economic crisis.

“In Syria and Iraq we are seeing an uptick in operations,” he stated. “I think that also has to do with the reality that the birth of this organization is due to a number of factors. The Iranian, sectarian role in the region on one hand. On the other hand, the political vacuum and political grievances that were not addressed in Iraq nor in anywhere else.”

Hage Ali does not believe that Islamic State necessarily has the capabilities or the interest to make any serious advances in Lebanon, but Hezbollah‘s expanding role in Lebanon and its clashes with Sunnis, such as when the group and a tribe in Khalde exchanged gunfire which led to several deaths, coupled with the deteriorating situation make it an “evolving situation.” In addition to this, the Islamic State’s recent activity in Lebanon “is kind of a worrying sign” of what could possibly happen if the Islamic State decides to put more effort into its operations in Lebanon.

Due to a history of conflict, Tripoli has been labeled as a cradle of Sunni extremism in Lebanon, but both residents and analysts say the city does not deserve this reputation.

Residents of the city say they have a deep disdain for extremist groups.

Fuad Masri, a 52-year-old man who sells vegetables in Tabbaneh, calls them kufar, or apostates, the same word that the group uses for anyone that does not subscribe to their ideology.

“Daesh is full of apostates,” he exclaimed. “They are wrong with their religion. They aren’t [really] Muslims.”

For Masri, the issue begins with the politicians, who preserve poverty in order to buy votes during elections – and this is the main reason people remain vulnerable to whoever provides charity.

“[The politicians] sell dollars [for votes],” he said. “At this rate, you could give someone $50 and it would buy their vote. They would be with that politician. It is not just this. For everything else, it is exactly the same. Whether it is crime, extremism or whatever. Everywhere. The people are hungry.”

Hage Ali agreed that Tripoli is undeserving of this extremist label and added that it has long been perpetuated by Lebanon’s politicians against the Sunni community as a whole.

“They’ve been pushing forward the stereotype, which is also very politically convenient, that the Sunni community is ISIS,” he said.

“It’s basically they’re trying to hint that ISIS extremism is kind of an embedded thing in the Sunni community. That was put forward when it came to the refugees and Syrian refugees. We’ve seen that when speaking about crime, we’ve seen it in politics. Really, the Sunni community hasn’t tilted towards ISIS in any way. It’s no way near that.”

That doesn’t mean people are not vulnerable to extremist groups that can buy allegiance with “fresh dollars”.  With thousands of Lebanese youth trying to leave the country for opportunities abroad, chased by poverty, lack of jobs, and no real plan for the political deadlock and economic recovery, it can become just a matter of which opportunities become available.

“So all of these factors, if you look at them, make joining ISIS, at this moment in Lebanon in particular, more logical and plausible as opposed to someone joining from Egypt.”

However, Tripoli-based former MP Mustapha Alloush, says that the situation has not deteriorated enough for Islamic State to be able to successfully recruit larger numbers of people.

“What I am afraid of is not ISIS. What I am afraid of is poverty. And poverty is worse than ISIS,” the former politician told NOW. “The main reason for chaos and looting will be poverty, then, other people, such as extremist groups, may infiltrate the situation and instigate more damage to the city or to the security forces.”