It’s all about Iran

The Biden administration’s quest for a foreign policy success in the neogtiations with Tehran may strengthen Hezbollah’s influence in Lebanon, analysts say. 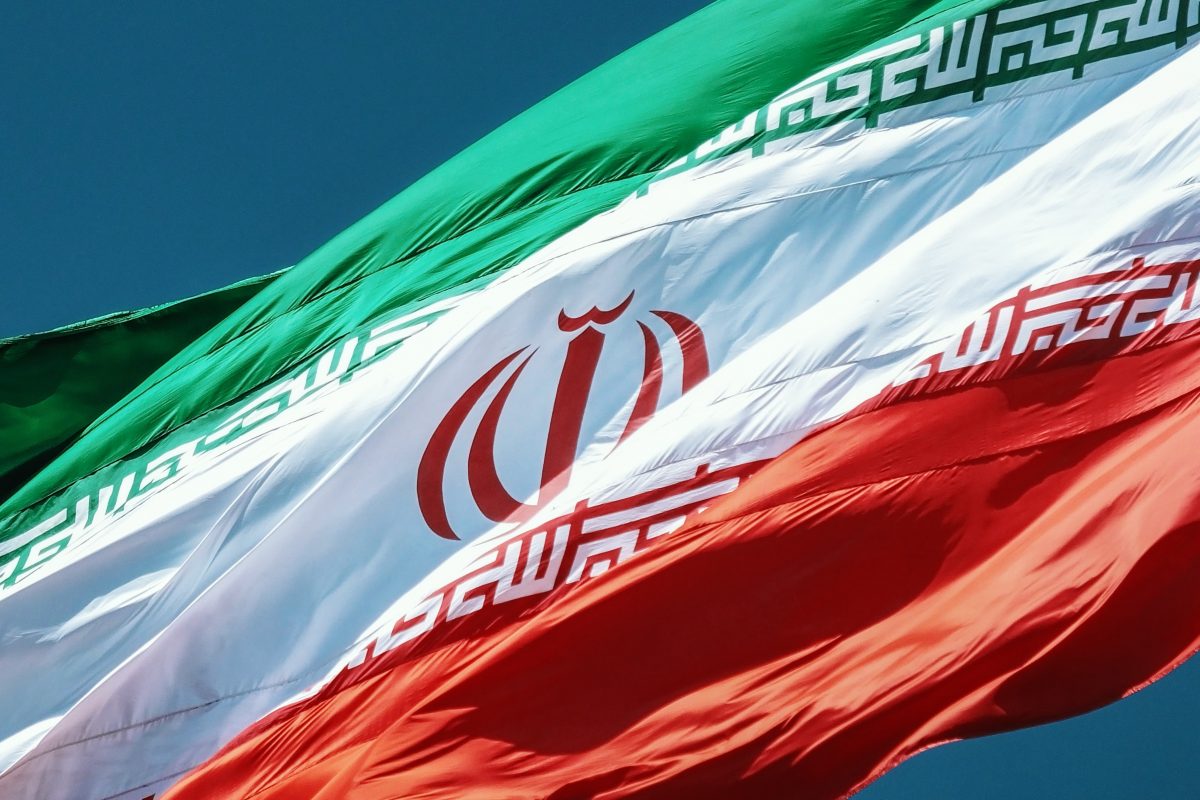 Under the Trump administration, the US instituted last year a "maximum pressure" campaign against Iran.

The United States and Iran have been holding indirect talks in Vienna, Austria, since April 9 to discuss the revival of the nuclear deal the Obama administration made with Tehran in 2015 – the so-called Joint Comprehensive Plan of Action or the JCPOA.

The meeting reportedly ended on a positive note. The Iranian diplomats themselves said that touching ground again was fruitful, and took the opportunity to reiterate the call for the removal of all sanctions imposed by the former US Trump administration.

Jake Sullivan, United States National Security Adviser, also told Fox News on Sunday “the talks in Vienna have been constructive in the sense that there is real effort underway there”.

But analysts in Lebanon say that the new negotiations and the prospect of reviving the nuclear deal may put Lebanon at even greater political risk than it already is experiencing, which may also affect the regional balance of power.

The new Biden administration is working hard on the revival of the deal with Iran in pursuit of a foreign policy success story. But lifting sanctions on Tehran may lead to boosting Iranian regional armed proxy groups which are currently destabilizing factors in several Arab countries.

Moreover, according to Raghida Dergham, founder of the Beirut Institute,  just as the original negotiations leading to the 2015 deal, it appears that the focus of the agreement is on Iran’s nuclear capabilities and ballistic missile program, but with less focus on Iran’s regional actions.

“Although [Lebanon] is a tiny little place, it is a tiny place that can make or break because you have all of the [regional] players,” she explained.

Lebanon, though the Iran lens

Lebanon will continue heading down a dark road if there is no serious engagement from the US, such as putting pressure on the political elite to fulfill basic tasks like forming a government.

However, Dergham argues that there is unlikely to be a change in actions towards Lebanon until the new US administration has first clarified its policy towards Iran, a country that has defined US policy in the region for decades.

She says that the US has long lacked a specific policy towards Lebanon unless there were “Americans directly involved”. Under the Trump administration, the US, while still lacking a specific policy, became more active in the small Mediterranean country, specifically in the form of sanctions.

“They also tied up a bit between Lebanon and Syria when it came to the Caesar Act,” Dergham said of the Trump administration’s actions towards Lebanon.

The Caesar Act, named after the military officer who documented the Syrian government’s atrocities in its prisons, sanctioned the Assad regime and any individuals, groups or organizations that do business with the regime.

The Trump administration was also viewing Lebanon through the prism of Iran, however, exercising its sanctions against key Iranian allies and their proxies in the country.

After exiting the Iran nuclear deal, in 2018, the Trump administration began imposing sanctions on players affiliated with Hezbollah in order to combat Iran on all regional fronts.

This has meant mainly continuing a US foreign policy tradition in Lebanon –  supporting the Lebanese military in order to undermine Hezbollah’s control over government and security agencies, Paul Salem, president of the US-based Middle East Institute, told NOW.

“It is due to the US intervention that the Lebanese military is what it is today,” he pointed out.

According to Carnegie Middle East Center’s Mohanad Haj Ali, this support serves a dual purpose, with the other side of the coin being a means to contest Hezbollah.

“Prior to the maximum pressure campaign, the US focused on building security and military institutions, as a long-term strategy to isolate Hezbollah and diffuse its raison d’etre of protecting the country due to state weakness,” Ali told NOW.

Under the Trump administration, the US instituted last year a “maximum pressure” campaign against Iran.

In addition to building up Lebanon’s security apparatus, they began sanctioning members of Hezbollah in what Ali explained was an attempt to suffocate Hezbollah economically.

Some of those sanctioned include high-ranking Hezbollah officials like Nabil Qaouk and Hassan al-Baghdadi due to their positions in the group. Allies of Hezbollah, such as Ali Hassan Khalil, the former finance minister and aide to parliamentary speaker Nabih Berri, and Yousef Finianous, the former public works minister, were also sanctioned for their “material support” of Hezbollah.

In response to the sanctions, the Amal Movement, to which Khalil belongs, lambasted the US’ actions, saying that it was not “targeting a person who has occupied a ministerial position for a specific period of time but rather the whole of Lebanon, its sovereignty, and the political organization to which he belongs to.”

Most famous was the US sanctioning of Gebran Bassil who not only leads the Free Patriotic Movement (FPM), one of Lebanon’s largest political parties, but is also the son-in-law of President Michel Aoun. Bassil was sanctioned for corruption, but many analysts were quick to point out that Bassil and the FPM have been staunch allies of Hezbollah for years.

Bassil was quick to condemn his sanctioning.

Despite the US efforts, Salem argued that this policy was ineffective in practice.

“All it did was really add sanctions to individuals relating to Hezbollah and a few relating to corruption,” Salem said of the Trump era policy.

“So, just sanctions and individual sanctions which, at the end of the day, are not huge actions.”

The blind spot of the Iranian deal

On April 6, when the US and Iran began indirect talks to negotiate a return to the 2015 nuclear agreement, the main condition the Iranian diplomats have laid on the table was for the US to put an end to the sanctions.

But it is still unclear whether Washington will give up the sanctions and to what extent the sanctions on Lebanese nationals will be lifted.

On a visit to Beirut last Thursday, US Under Secretary of State David Hale said that talks with Iran on reviving a 2015 nuclear deal could foster regional stability but “would only be the beginning of our work” as the United States addresses “the other elements of Iran’s destabilizing behavior”.

“In general, it is not clear how this will be impacted,” Dergham stated. “I suppose we have to wait for rounds two, three and four of the Vienna talks to understand the relationship with Iran because that is fundamental in as far as in the evaluation of the Biden administration in Lebanon.”

“They [the P5+1] were thinking that the JCPOA will impact the behavior of Iran regionally in a way that will temperate it rather than what actually happened,” she said of the original agreement. “It emboldened [Iran] because they had the money as a result of the JCPOA and they had the writing on the wall of the five permanent members plus Germany saying it’s okay.”

Since the US foreign policy is currently primarily focused on achieving a victory by sealing a deal with Iran, Dergham says that this puts the latter in a powerful position when it comes to negotiations. The leverage at the negotiations tabled could allow Tehran to get more concessions.

“They [the Biden administration] think that they need [a success story] and the Iranians know this. So go ahead and draw the picture and see what you see.”

While French President Emmanuel Macron has been looking to lead in the efforts to help Lebanon find a solution to its many crises, Dergham is not sure if France is up to the task of taking on the Lebanon file without serious direction from the US.

She specifically noted how France has continually failed to act on its threats to sanction political players in Lebanon obstructing the government formation process.

“He [Macron] just kept backing off and I’m not so sure the French can deliver,” she explained.

After the Beirut port blast on August 4, 2020, Paris put together a plan to reform the Lebanese administration, kick off the fight against corruption and, thus, convince the international community to support a bail out. But the US elections delayed that plan, with the local political establishment failing to agree on the formations of a new technocratic cabinet.

Salem said that the MEI is partnering with the American Task Force on Lebanon, a group of influential American-Lebanese organizations, to bring the situation in Lebanon to the attention of Congress and the Biden administration in the hopes of encouraging the US government to take action.

“We are trying to urge the administration to raise the urgency level on the matter of Lebanon,” he stated.

Salem believes the worsening situation and lack of action from the US is concerning.

“Lebanon is really on the verge of complete state failure which could mean that that could happen in a few months but that would take years, maybe decades to fix,” Salem told NOW.

“A full collapse of the state would be triggered by a collapse of the army and, then, really a loss of state control, different communities to take up arms to protect themselves.”