No safe return for Syrian refugees

As Assad reasserts his power in Syria, millions of refugees in neighboring countries will remain a bargaining chip for Damascus to keep channels open with the West, analysts say. 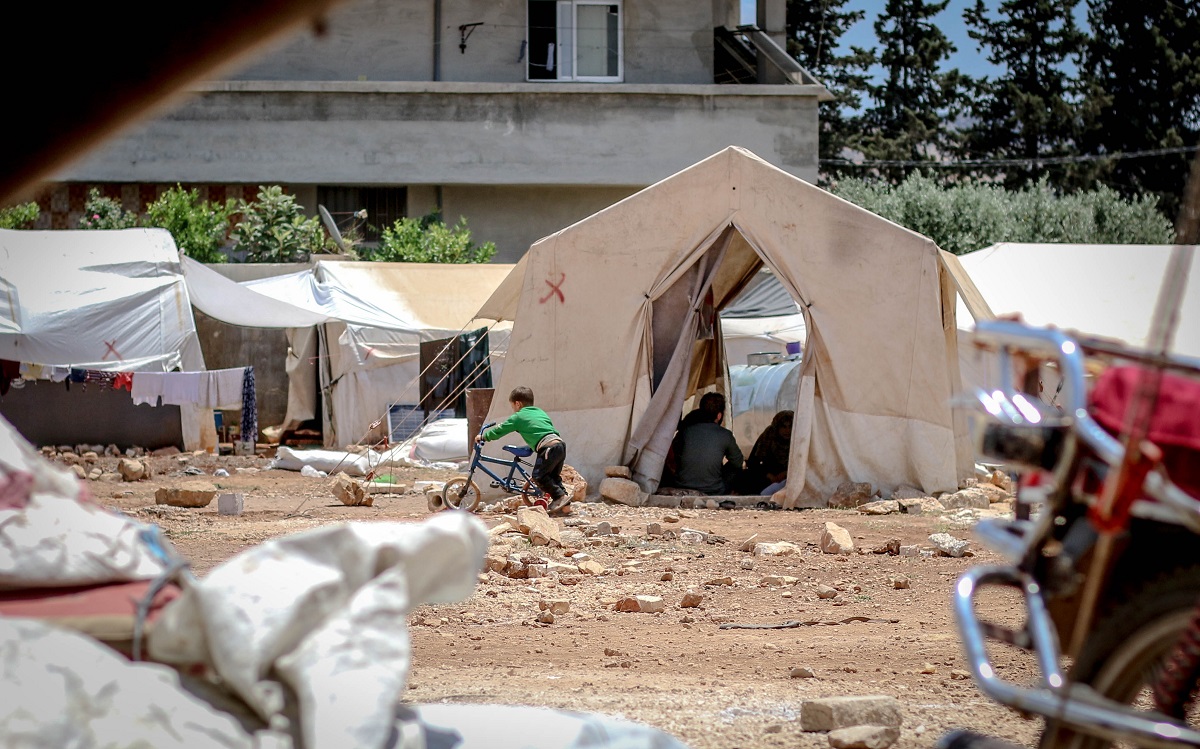 For the Syrian regime, the refugees are a bargaining chip for continued diplomacy, one more reason for political negotiations with the West, especially the European Union. Photo: Ahmed akacha, Pexels.

For Huda*, a Syrian living in Lebanon (using an alias to protect her identity) the furor around the Syrian presidential elections is a painful reminder of a past that she hasn’t been allowed to heal from.

“For those who’ve been through so much, or for those who regard him as the man who has massacred his own people, a mass murderer, a dictator, it’s a lot of mental stress.”

As expected, Bashar Al Assad has won the Syrian presidential election by a landslide. With 95% of vote in an undoubtedly gerrymandered election, Assad has secured his fourth consecutive term; a continuation of the Assad dynasty that has ruled over Syria for over 50 years.

The regime will undoubtedly herald the ‘victory’ as confirmation that after years of bloody civil war, fueled by ‘foreign-funded insurgencies and terrorism’, that the ‘war is won’ and the people have chosen their leader to rebuild the country and take it on a course to building lasting peace.

If the government is serious about rebuilding the country, stabilizing the economy, and providing security to all of its citizens the challenges it faces are immense. Although the intensity of the fighting has certainly decreased, Syrians are worse off than they have ever been. 90% of the country is trapped in deep poverty, 13 million depend on humanitarian assistance, and 60% of the population is food insecure.

For the 12 million or so displaced Syrians and refugees, nearly 6 million of which live outside of the country, Assad will likely reiterate that they are welcome to come home, as he did in November, and blame the sanctions imposed by Western governments for hindering their return.

Syrians living in Lebanon, approximately 1.5 million or so, face an equally grim outlook as those who have stayed.

“One of the most concerning indicators of the impact of the compounded crises Syrian refugees have been facing in Lebanon is the sharp increase in the proportion of households living under the extreme poverty line, reaching a staggering 89 percent in 2020, up from 55 percent only a year before. They live on less than LBP 308,728 per person per month – this is less than half the minimum wage in Lebanon.” Lisa Abou Khaled, UNHCR’s Spokesperson in Lebanon.

This means Syrian refugees are deprived of basic human needs like food, safe drinking water, sanitation and education. As the Lebanese lira has plummeted and the economy has collapsed, food prices have skyrocketed and informal work options have all but disappeared – Syrian refugees have become more desperate and vulnerable to exploitation.

Over the last week, Syrians in Lebanon were able to cast their vote, choosing between Assad and the two ‘tolerated’ oppositional candidates. As the polls opened on Thursday (20th May), pro-Assad activists were seen parading around Lebanon with Syrian flags and posters of Assad. So is the election a sign of hope for Syrians to finally look at returning home?

“For any normal Syrian who’s had their lives ruined by this man, no one was taking this election seriously,” Huda says. “It wasn’t an election, it’s just a public performance – when we know for a fact it’s not real democracy. No one has a real option to vote. So you know for a fact he is going to stay in power, regardless.”

Dismissed by the West

In anticipation of the expected results, the foreign ministers of the US, Britain, France, Germany, and Italy denounced the election last Tuesday, showing there would be no likely change in policy to recognize or support the Syrian regime.

As Assad faces his new term, it seems as though western powers will continue to put pressure on the regime. The EU Council extended sanctions against the Syrian regime for another year, citing “the continued repression of the civilian population in the country.”

However, this pressure may not last long, according to Imad Salamey, associate professor of political science at the Lebanese American University.

“The west appears too divided to sustain a united front in any coherent ways,” he added. “The US new administration appears too weak and internally fragmented to sustain any sanctions toward Syria and Iran. So this front may soon crumble and sanctions are lifted.”

There are direct and dismal implications for how this could all play out for refugee communities in Lebanon and other neighboring states.

“Refugees exert pressure on host countries, they create domestic problems such as those being developed or unraveled in Lebanon. It creates economic pressures on a country that is unable to sustain refugees,” Salamey explains.

For the Syrian regime, the refugees are a bargaining chip for continued diplomacy, one more reason for political negotiations with the West, especially the European Union.

“In this way, they are being used in part of this ongoing war to preserve the Syrian regime. These refugees who are primarily Sunni’s are unlikely to return to their own towns and cities, especially those like the areas bordering Syria and Lebanon or the areas surrounding Damascus or areas that are deemed strategically important by the regime like Damascus or Tartus, these areas the regime would like to maintain low presence of Sunni populations so it is highly unlikely they or Hezbollah will accept their return to these strategically significant areas,” Salamey added.

In staying in Lebanon, Sunni Syrians account for over 20 percent of Lebanon’s population – which is also seen as a direct threat in a system where power is divided and administered down sectarian lines. This combined with the multiple Syrian occupations, and regime-backed violence and assassinations in Lebanon – has increased tensions to the point of violence at times, as seen on May 20, when right-wing Christian party members attacked pro-Assad election campaigners.

Yet even with increasing tensions, deteriorating circumstances in Lebanon are generally seen as a better option for Syrians. And for those who have the ability and resource to travel, they are more likely to look west, as we see more attempts of refugees attempting to make the perilous journey from Lebanon towards European shores.

“While most Syrian refugees hope to return to Syria one day, many remain concerned about safety and security in Syria and mention this among the main reasons why they are unable to return in the near future,” says Khaled.

“If I don’t find a way to immigrate successfully then, I’ll have to go back to Syria.”

“And what does that mean for you when you go back,” asks NOW Lebanon.

Matt Kynaston is a multimedia journalist for @NOW_leb, he tweets at @MattKynaston. 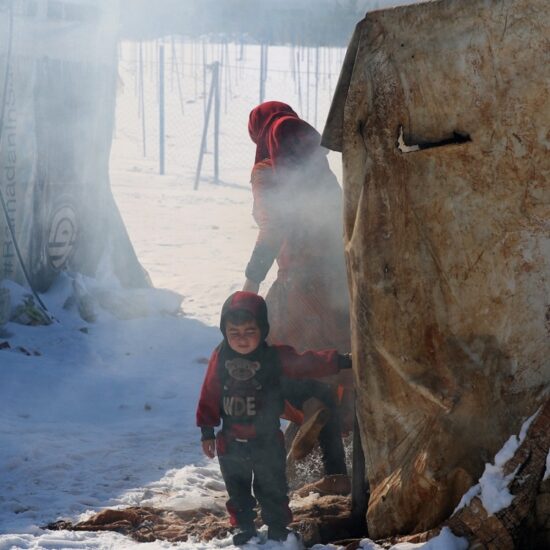 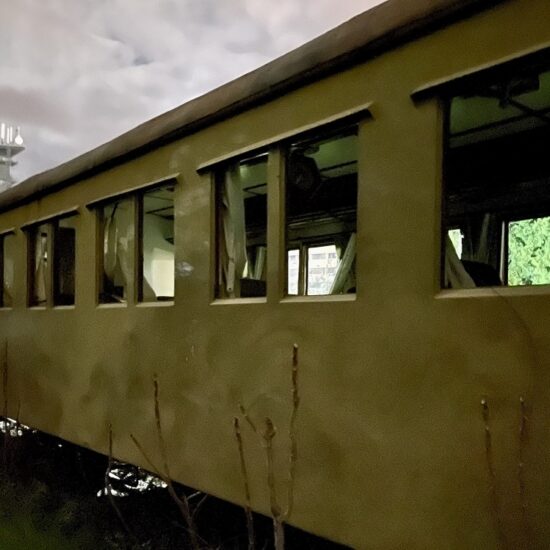 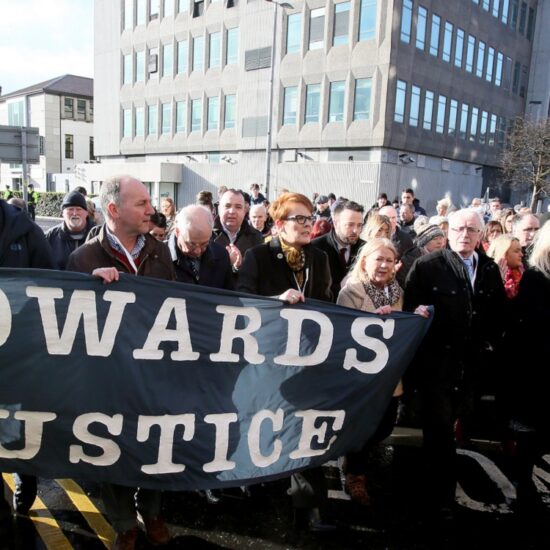 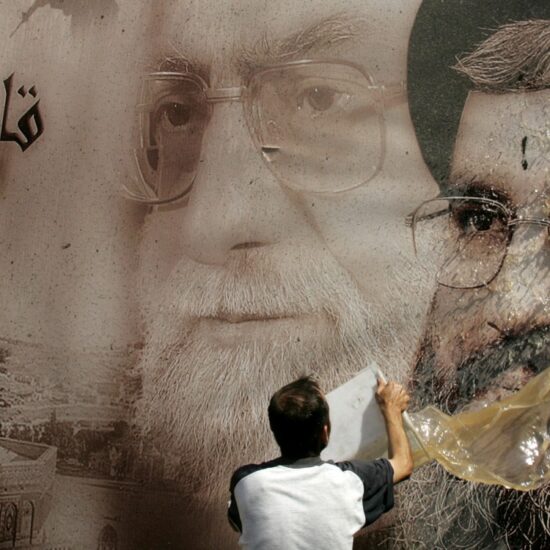 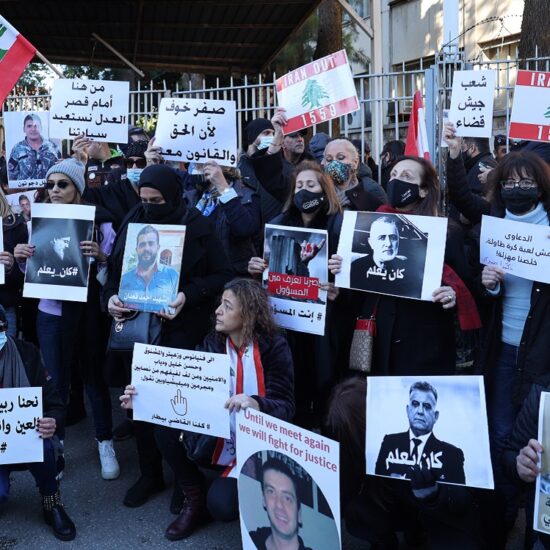