HomePoliticsAnalysisBack to the drawing board
Analysis, Politics
Nicholas Frakes

Back to the drawing board

With the August 4 deadline fast approaching, analysts say that new PM-designate Najib Mikati has a small window to form the cabinet that he wants. 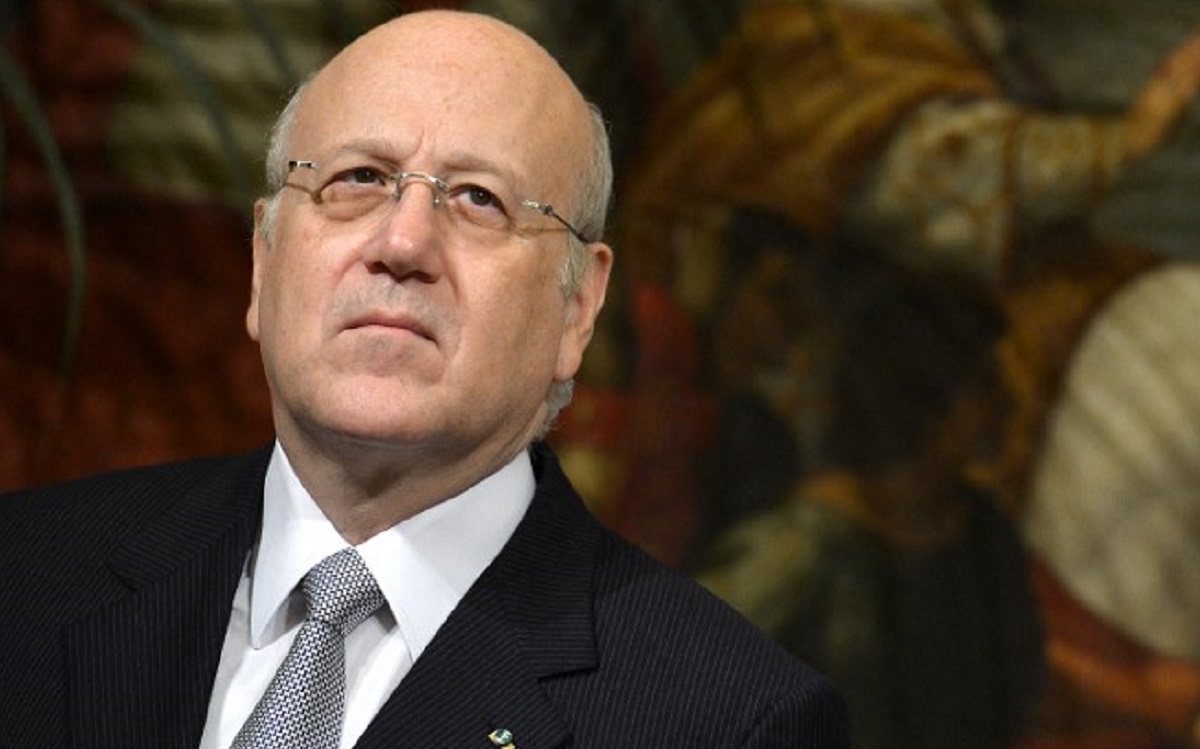 Lebanese telecom billionaire and newly appointed prime minister Najib Mikati tried not to show too much optimism after his Monday meeting with President Michel Aoun in Baabda Palace.

The meeting had been more relaxed and the conversation smoother than it had ever been with Future Movement leader Saad Hariri in ten months of cabinet negotiations. This is what sources in the presidential administration told the Lebanese media afterward.

“We are in a very difficult situation. The mission is difficult but we can succeed if we work together,” the 65-year-old billionaire stated in front of the media.

“We will succeed if efforts are united … I have no magic wand and I can’t perform miracles, especially since the mission is difficult,” the former PM later added.

Mikati’s appointment brought a wave of optimism among Lebanon’s political class that his lineups may satisfy President Michel Aoun’s requests for a blocking third in the cabinet.

Former Prime Minister Saad Hariri, who was tasked with forming a government before Mikati and resigned ten days ago, as well as leader of Hezbollah’s parliamentary bloc MP Mohammad Raad, both voted for Mikati.

“The country has a chance today,” Hariri stated.

But not everyone was as optimistic as politicians.

Senior professor of political science and international affairs at Lebanese American University Imad Salamey told NOW that Mikati may not be what he seems.

“Mikati doesn’t have a strong parliamentary bloc, so he is a weak political leader from all kinds of accounts in Lebanese politics. Plus, he is widely accused of corruption,” Salamey told NOW. “So, if he were able to form a government at all, it will be a government that Aoun and Hezbollah will accept and it will be formed in their favor.”

Third time may be the charm

After Mikati’s designation on July 26, the businessman became the third person to attempt forming a government in the span of a year.

Following Diab’s resignation, Mustapha Adib spent a little under a month negotiating the new government before resigning on September 26. After Adib stepped down, Hariri, after being appointed at the end of October, tried for nine months only to resign after reaching a deadlock with Aoun.

Now, the two-time former PM is back and promising to form a “purely technocratic” government to implement French President Emmanuel Macron’s plan to put the Lebanese economy back on track, something that critics of Lebanon’s political establishment have long voiced concerns about.

Moreover, Mikati’s appointment is seen as yet another attempt by the political class to apply the same old sectarian rules and recycle the same old politicians, rotating them in agreed cabinets. This leaves a good part of Lebanese society outside the political process.

“They’re still playing the old game of sectarian groups like the way that he was nominated by the club of ex-prime ministers, basically the Sunni men,” Carmen Geha, assistant professor of public administration at the American University of Beirut, told NOW.

“The new game is different today. The new game is winning the trust of the Lebanese people and of the international community. And they will not be able to win that trust using the old tools.”

The political establishment is simply refusing to choose someone new to lead the next government, she says.

“Ideally speaking, if we’re talking about a Lebanese government reforming itself and trying to be responsive to the general public and protesters and try to modify its past behaviors towards a transparent, accountable government, that would probably be a case where the president resigns, for instance, to pave the way for another president who is more competent, the Parliament speaker would do the same, the prime minister would do the same. This is too idealistic in Lebanese politics to happen,” Salamey also said.

Geha added that if the politicians chose someone new to form a government, someone who was serious about forming a technocratic government, then it would spell the end of a sectarian captured power-sharing system.

“I think that any fresh blood that will come, anyone new and anyone competent, will not be able to be nominated using the old game because really deep reform would mean career suicide for these guys,” Geha explained.

Salamey also argues that Hariri’s resignation works in Aoun and Hezbollah’s favor by dividing the Sunni political leadership.  He says that Mikati is just another tool in the political infighting that will eventually be thrown away since they are both comfortable with the status quo – Diab’s caretaker government.

“Now, they are trying to gain time and continue to drag this government formation process while they are pretty comfortable in this caretaking government role of Diab. They don’t find any alternative any better for them at the moment. I think that Mikati will be another one of those victims who will be trying to form a government.”

On the other hand, Mikati is on a tight deadline. He has a chance to form a government before August 4, when the US and EU said that they will start imposing sanctions on officials who have been hindering the cabinet formation process.

The chance of a last-minute breakthrough

Since Macron announced his French initiative in 2020, France has continually stated that if Lebanese officials did not get their act together, then they would face consequences.

Macron, though, has repeatedly failed to follow through until April, when Paris announced sanctions against certain Lebanese political actors. And it was not until the last few weeks that Paris convinced Brussels to consider at least a threat of sanctions. But the European Council agreed that it’s time to impose sanctions and the European Commission is currently working on preparing a list of people that will be sanctioned if a government is not formed soon.

While the threat of sanctions comes rather late, both Salamey and Geha agree that it gives Mikati leverage when it comes to negotiations with various political factions. August 4, the first anniversary of the Beirut port blast which killed over 200 people, wounded thousands, and flattened a good part of the Lebanese capital leaving hundreds of thousands without a roof, is a psychological threshold in everyone’s mind.

“Definitely this week, Mikati has a strong position to play and negotiate because the August 4 deadline is approaching and August 4 will be a turning point in terms of how Europeans would view the political process in Lebanon,” Salamey stated. “So, he will try to get as many ministers in any formation to be in his favor.”

Despite Mikati being in a position of power for the negotiations, Salamey still believes that he will fail to form a government within the week.

“I highly doubt that he will succeed, but you never know,” he said candidly.

Geha, however, is a little more optimistic about the possibility of Mikati being able to form a government if the politicians are desperate enough to salvage their reputations with the international community.

“I actually think that it could be very easy to form a government,” she stated. “It could take a few days if they are trying to save face with the international community and do something before August 4 because, remember, no headway in the investigation, no lifting of the immunities, people still don’t know the state of their loved ones, no government. So, they are really in a tight spot.”

No matter if Mikati is able to form a government before or after the August 4 deadline, the issue over the quality of the makeup of the government still hovers over the affair.

“The problem is, is this government going to be capable, is it going to have a roadmap, are institutions today able to handle this reform, is the leadership trustworthy?” Geha asked. “I don’t think so.”

Geha added that if Mikati, or anyone else for that matter, is able to form a government, then they should come under intense international scrutiny so that the political and economic corruption and mismanagement of the last 30 years do not continue.

“I think that there needs to be the highest levels of scrutiny, conditionality, I recommended sanctions,” she said. “Making people pay for sanctions but making sure that individual people who were involved in corruption and who were clearly misusing public office for private gain are not part of what will be propped up when this money comes.”

Mikati began his consultations with Aoun on July 27, the day after being tasked with forming a government.

The same day, Aoun’s Free Patriotic Movement party announced that it would not be taking part in Mikati’s government, putting the new PM-designate in a challenging position of getting Aoun’s approval if he successfully forms a government.

As of the date of publication, Lebanon has been 352 days without a government.