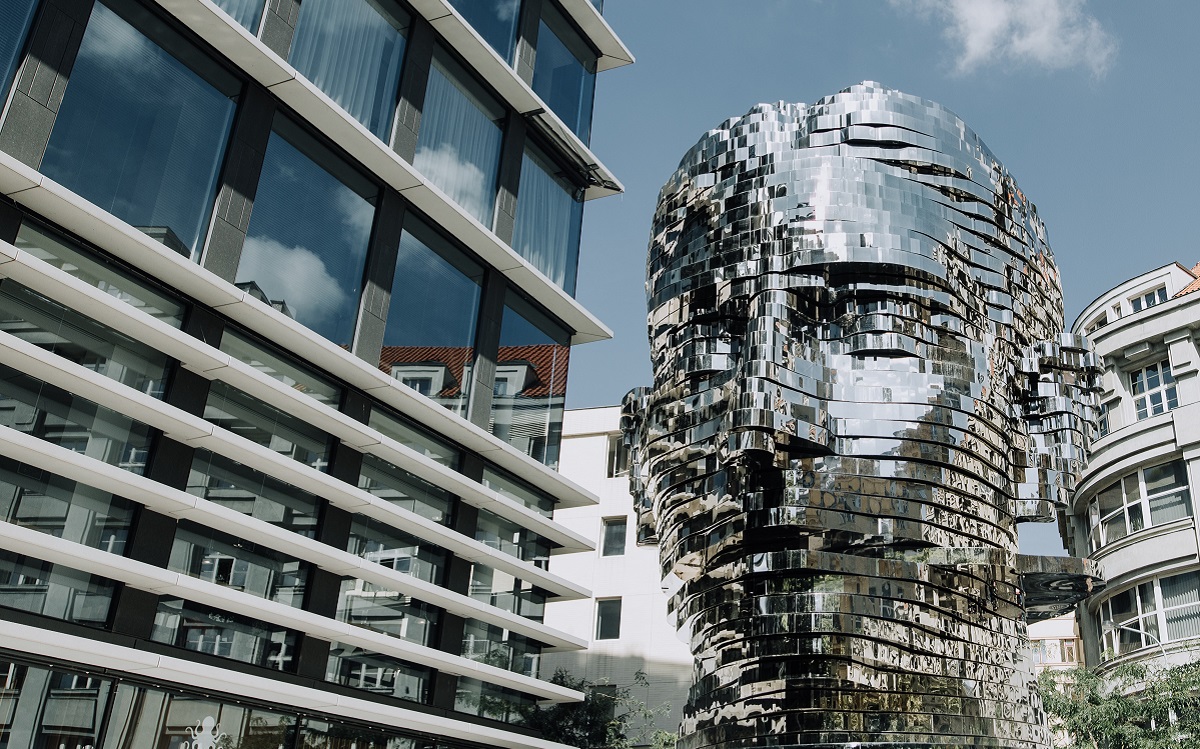 It was the fall of 2012 when I sat at a table with a family of Lebanese farmers, their neighbors in Mashariah el Qaa watching how shells fired by the Syrian army were falling in the farmlands towards the village of El Qaa.

It was also over a year into Najib Mikati’s second prime minister mandate and his policy of disassociation with the Syrian conflict.

The Syrian army shelled Lebanese territory, destroyed farmers’ houses on Lebanese soil, shot people. Hezbollah went in to help Bashar al Assad, its convoys were blown up several times on the highway in the Bekaa Valley by Abdullah Azzam Brigades, then bombings started happening in Beirut’s Hezbollah controlled suburbs killing scores of civilians,  refugees kept pouring in, security institutions in Beirut and Tripoli were hunting Syrian opposition activists down and detaining them, Bab el Tabbaneh and Jabal Mohsen fought on several rounds and scores were killed, Hermel and Arsal went through a series of tit-for-tat kidnappings, the army surrounded Arsal, Salafist sheikh Ahmad al-Assir tried to arm a group and fight Hezbollah in Saida.

Mikati’s “disassociation” meant in practice that everyone could do whatever they wanted. The Lebanese government had given away its sovereignty over certain territories at the periphery (both territorial and social) to be able to survive as a state at the center. A weak state, but a state.

Mikati doesn’t seem to have changed much since. His approach to governance seems to be still laissez-faire.

“The violation of Lebanon’s sovereignty makes me sad,” he told CNN’s Becky Anderson in an interview on Friday. “But I’m not concerned that sanctions can be imposed, because the operation was carried out without the involvement of the Lebanese government.”

WELCOME to NOW’s weekly scan of what has turned our lives in Lebanon upside down yet again, and again. And again. Franz Kafka would be most proud of last week’s events in Lebanon.

A Kafkaesque show of sorts

Turning a blind eye: Some didn’t like Mikati’s “moderation” and found that his stance was simply surrendering Lebanon’s sovereignty to Hezbollah. One cannot simply reject any fuel coming into the country, even if it’s smuggled. The problem is the government has had a really hard time preventing fuel from being smuggled out of the country. Border towns have a really special status in Lebanon. They are and are not part of the country, depending on the situation.

A breach of sovereignty: Reuters interpreted Mikati’s statement as the PM admitting that Hezbollah was breaching Lebanon’s sovereignty.

Rose petals and RPGs: The first convoy of tankers loaded with Iranian fuel reached Lebanon on Thursday through smuggling routes from Syria. See the arrival and the general joy in Baalbeck in pictures.  And some video too.

After watching this, one may want to take a look at Sally Abou al Joud’s piece on why this becomes possible in a crumbling state.

A fuel festival: Hezbollah brought in fuel to alleviate the crisis in Lebanon, the Party’s chief said on several occasions. He announced that the fuel would be smuggled through Syria, without any government interference, to save Lebanon from sanctions. Hezbollah also reportedly instructed supporters to not celebrate too much, but banners with “we broke the US siege” were prepared to welcome the trucks.

In short, Hezbollah put up a show. Nicholas Frakes has the story.

It may seem normal, but it’s wrong: Ronnie Chatah explains in his weekly column for NOW exactly why the deal with Hezbollah, which remains with one foot in the state and one foot in the militia zone, is the wrong choice.

“Disarmament of all militias is a precursor towards reform, not an afterthought. Hezbollah inherently blocks – and when necessary, executes – any fundamental attempt at reforming the state. And they flipped the system’s power-sharing model on its head,” he wrote.

Double standards: Hundreds of anti-government protesters were indicted with terrorism for throwing rocks during demonstrations.

Dana Hourany has the story of the lawyers who struggled to defend those protesters.

The European Parliament adopted on Thursday a strong-worded resolution calling on the Commission and the European Council, among a list of demands, to impose targeted sanctions on Lebanon, to push for a UN backed fact-finding mission to look into the Beirut blast.

Sanctions unlikely: It was encouraging that the Socialist and Conservative MEPs finally agreed to sign the draft requested by the progressive Renew Europe group, but the document may not have too much impact on the Council.

Speaking after the debate in Strasbourg, EU foreign policy chief said that sanctions are not going to happen, now that Lebanon actually has a cabinet that can implement reforms and negotiate with international institutions.

Election observers: But he said that the EU will send observers to the Lebanese elections scheduled for next May.

Confidence vote:  PM Mikati and his team of ministers are scheduled to present their “ministerial statement” – government program – to the Parliament and pass a confidence vote on Monday. No worries, the vote is symbolic, the cards have been dealt in the long weeks of negotiations before the government was finally announced.

President Michel Aoun announced that he signed a decree on September 1 to allocate 4.9 billion Lebanese pounds ($3.2 million) for the audit.

The firm stopped investigating in November 2020 amid a row with BDL chief Riad Salameh who used bank secrecy laws to prevent the auditors’ access to documents. The audit is one of the pre-conditions to access international aid, but without the BDL cooperating it is unclear how investigators will continue their work.

The new Finance Minister, Youssef El Khalil, is a former central bank official since 1982. He was the executive director of the central bank’s financial operations department.

A small story from Moldova: The whole affair reminds one of the tiny former Soviet Republic of Moldova, where a similar, but much smaller scheme was discovered back in 2014. About a billion dollars in international development aid simply vanished from accounts in three commercial banks. The money was never found.

The bank theft was so shocking and bold that thousands of Moldovans protested against the government, yelling “We want our billion back!”. People still call it the “theft of the century”.

The government hired Kroll auditing firm to investigate the money laundering scheme and the local justice system – at least they began an investigation into the matter faced with international pressure from EU and the US especially –  only sentenced businessman Veaceslav Platon in 2017 for embezzling some off the money – $ 42 million.

In March 2020, 6 years later, four central bank officials were detained for involvement in the scheme.

Some European Parliament members requested an international investigation into the matter, since the local one has been dragging for years.

A billion from the IMF: Lebanon receive $1.13 billion after selling its Special Drawing Rights for 2021 and a rest from 2009 to Qatar for needed foreign currency. It’s not yet clear how the money, transferred to the central bank, will be used.

Some organizations expressed clear distrust with the institution:

A truck full of surprises: Lebanese security forces seized 20 tons of ammonium nitrate stored in a truck in Baalbeck.

Interior Minister Bassam Mawlawi, who visited the Bekaa Valley on Saturday, called on security forces to conduct a sweep of the area.

“We must do our best to move these materials to a safer place away from exposure to heat and sun” to avoid a “catastrophe”, the NNA quoted him as saying.

The company that owns the ammonium nitrate said that the fertilizer was intended for agricultural use.

“One of our employees informed the relevant authorities that we have ammonium nitrate, so they raided the warehouses on Friday,” one of the company heads told AFP on condition of anonymity.

The beauty corner: Lebanon’s beauty salons used to be crowded and bursting of life. Where did the layers of crisis leave these spaces? Tracy Jawad explores how some women persist, searching for the escapism these salons once offered, waiting for their polished appearance to turns inwards, wiping out the unrest and hopelessness that has seeped into their bones through their pores.

The Beirut Banyan will premiere tonight at 7pm with historian Nadim Shehadi who hosted Ronnie Chatah in Beit Mery. Follow @confuzeus on Twitter and tune in.

Anthony Sargon, host of DO NOT WORRY, has launched a crowdfunding campaign because he needs a coworker. It’s hard to do creative work in Lebanon and even harder to make people smile, so help him out.

Sarde after Dinner will host Charles Al-Hayek for episode 50 tonight at 8pm Beirut time. Al Hayek has been spotted recently roaming the small alleys of Tripoli’s Bab al-Tabbeneh and Jabal Mohsen with a group of young Lebanese.

Till next Sunday, hang in there.